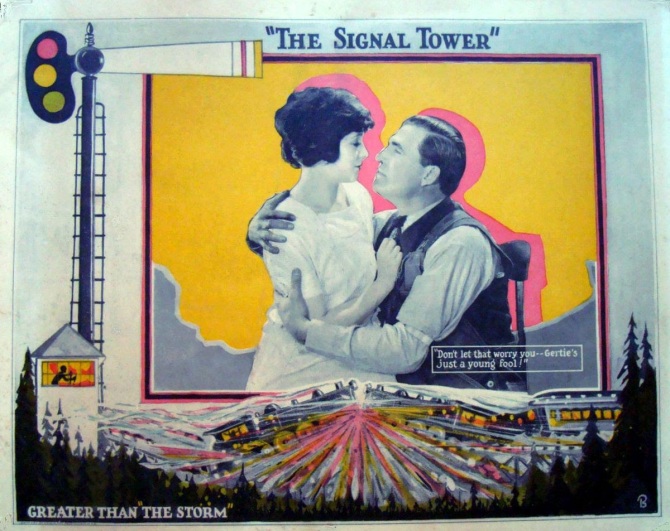 (A special virtual screening of THE SIGNAL TOWER is available for members of the San Francisco Silent Film Festival from March 26-April 4, 2021. To learn more and become a member visit SFIFF.)

At first glance this Classic of Silent Cinema would seem to appear as a nostalgic step back into the 1920s, when the Railroads of America dominated many people’s lives. However as the story unfolds, it is imbued with the classic icons of Silent Cinema including jealous lovers, family values and harrowing train wrecks, and is both entertaining and well written. Beautifully photographed on location along the Noyo River in the redwood forests of Northern California with excellent acting, this long lost treasure of Silent Cinema was carefully restored by the San Francisco Silent Film Festival’s Robert Byrne in collaboration with Kevin Brownlow and Patrick Stanbury of Photoplay Productions. It bears repeated viewing.

Railroad Magazine which was first published in 1906—and also known as Railway Stories and Railroad Man’s Magazine—was a pulp-fiction rag catering to the huge numbers of workers. Reading copies of this magazine takes one right back to the times of THE SIGNAL TOWER, with stories of loneliness, long 16 hour days, low pay, romance, teamwork, sweat and miracles of escape from the unfortunate ever-present tragedies which maimed and killed people.

It is interesting to note that at the time in which the film is set, railroads employed fully one quarter of the entire population of the United States. Everything was done by hand on a railroad, and even a small shortline pike like the California Western employed dozens of men. Shop workers, carpenters, machinists and blacksmiths. The tools to work on the huge locomotives could not be purchased but were made by blacksmiths in the foundry. Bookkeepers, timekeepers, inspectors and ticket agents ran the front office. Gandy dancers (track workers) maintained the high iron. Boiler workers and grease monkeys readied the Iron Horses to go out on the line. Car knockers checked and readied the cars. Conductors and brakemen made up the train crew. Hoggers (Engineers) and Tallowpots (Firemen) operated the steam locomotives. Dispatchers worried the trains over the line using tedious handwritten logs. Every railroad had an “Old Man” in charge. Lightning Slingers (Morse code operators) communicated between stations and towers. Finally the Tower men operated the signals which told trains to come ahead or wait, and threw the track switches giving them authority to go out on the main line. Railroading in those days was backbreaking, very dangerous work. 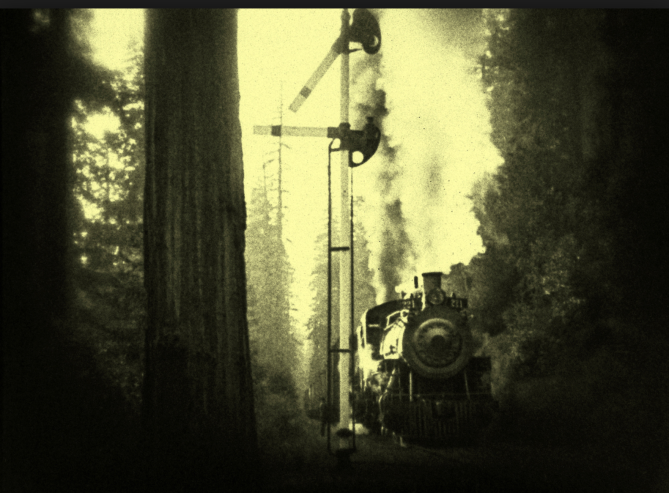 The characters depicted in THE SIGNAL TOWER are dyed-in-the-wool railroad workers from another era. Every aspect of the film is true to life in terms of both how people lived in that time and in how things work on a railroad. So many Hollywood films that tell railroad stories lack this correct detail, authenticity and research. Uncle Billy, with his whiskers and corncob pipe is a typical old codger who most likely grew up in the company of his father, beginning work on the railroad as soon as he could pass as 18. David Taylor and his wife Sally represent the solid hard working dedicated people of that era. The “City Slicker,” Joe Standish, who arrives to take Uncle Billy’s job, slowly shows his true colors as temptation drives his desires to flirt with Gertie, who is visiting the Taylors. 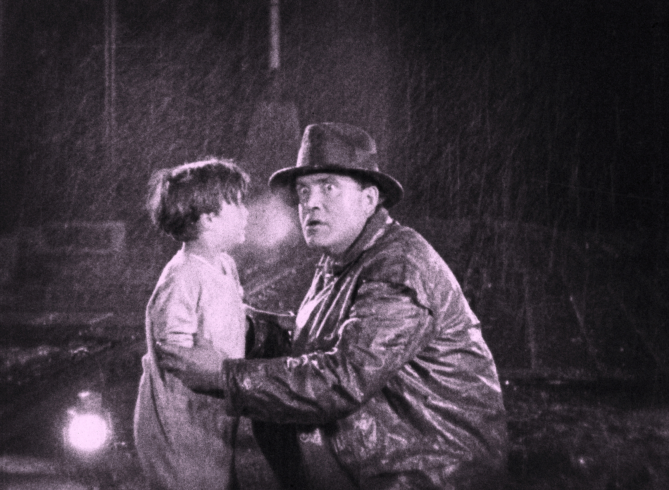 This film will appeal to not only enthusiasts of Silent Cinema but to Rail fans and Historians as well. When accompanied by live music it will keep you at the edge of your seat, breathless and wondering where it is headed, as the plot thickens and more problems develop simultaneously, right up to the final moments. Kudos to the people who found and restored this masterpiece to be enjoyed by today’s audiences! 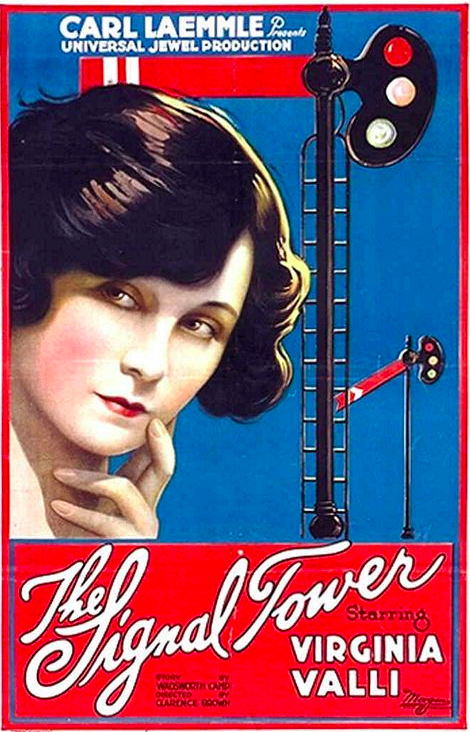 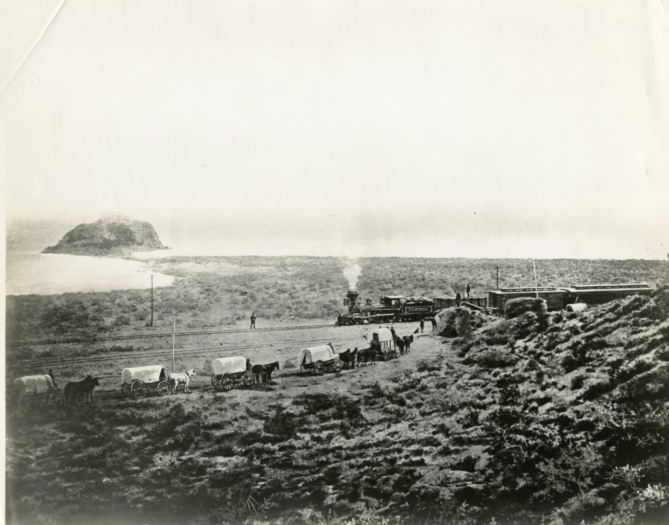 Sam Whiting wrote about the exhibit in the SF Chronicle.

Do you love Trains in the Movies? Then you will enjoy Eat My Shorts: Trains on Film. 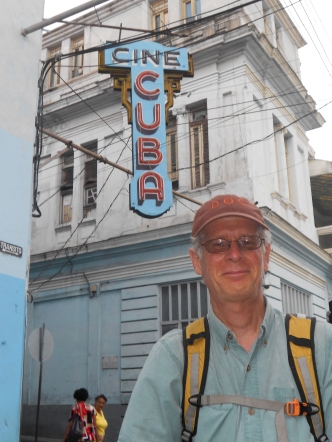 Warren Haack, California born film-maker has been making documentary films since 1970. His work has taken him from his home in the SF Bay Area to rural America, Mexico, Cuba, Poland, and Vietnam on topics including current culture and music, traditional folk art, American Indian Culture, vintage railroads, mountain climbing in the high Sierra and political dilemmas in contemporary society. His ground breaking anti-war film, “Selective Service System” is in the permanent collection of the Academy of Motion Pictures Arts and Sciences. As a musician his talents led him into the art of sound design, which he teaches at DeAnza College. Watch clips from some of his films.

Learn more about Warren Haack’s filmmaking career in this interview. We couldn’t resist offering a selection of covers from the Railroad Stories and related magazines. There are even more here and here. One thought on “THRILLS AND ROMANCE AT “THE SIGNAL TOWER””