In the Silver Screen Suppers recipe collection there are now around 8,000 movie star signature dishes.  I’m totally intrigued by what my idols liked to eat, and stars of the silver screen often surprise me with their strange leanings towards tripe, tapioca, and sweetbreads. 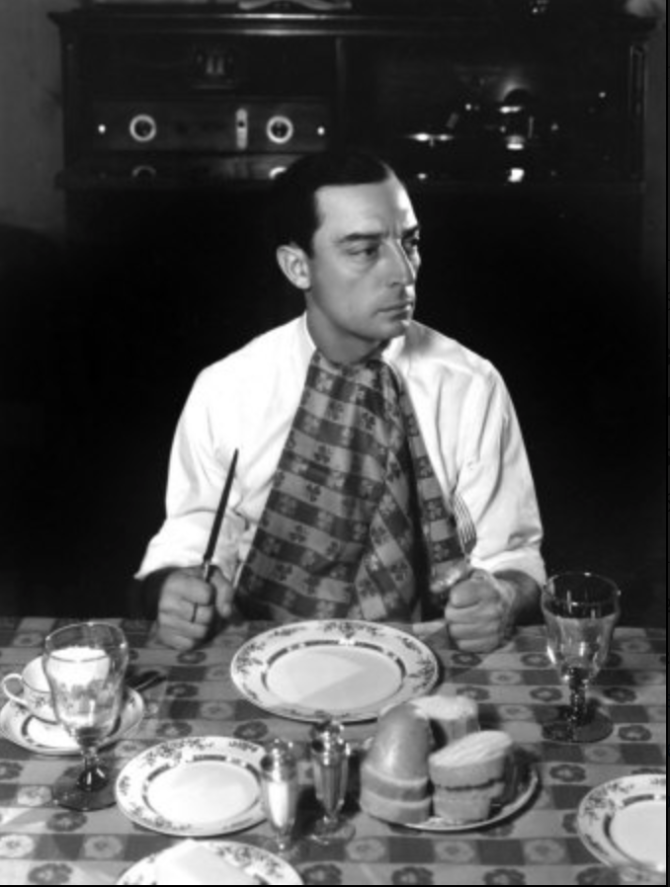 I’ve rustled up a few recipes provided by stars featured in this year’s San Francisco Silent Film Festival for Eat Drink Films.  Why not eat like a movie star for the duration?

Here are a few suggestions for breakfast, lunch, dinner or a pre or post-movie snack after a show.

I haven’t kitchen tested all of these recipes, so I’d love to hear how they turn out if you give any a go!

Gary Cooper’s pancakes have long been a favorite here at Silver Screen Suppers Towers, it’s so cute that he hat tips his mom as being the source of this recipe. 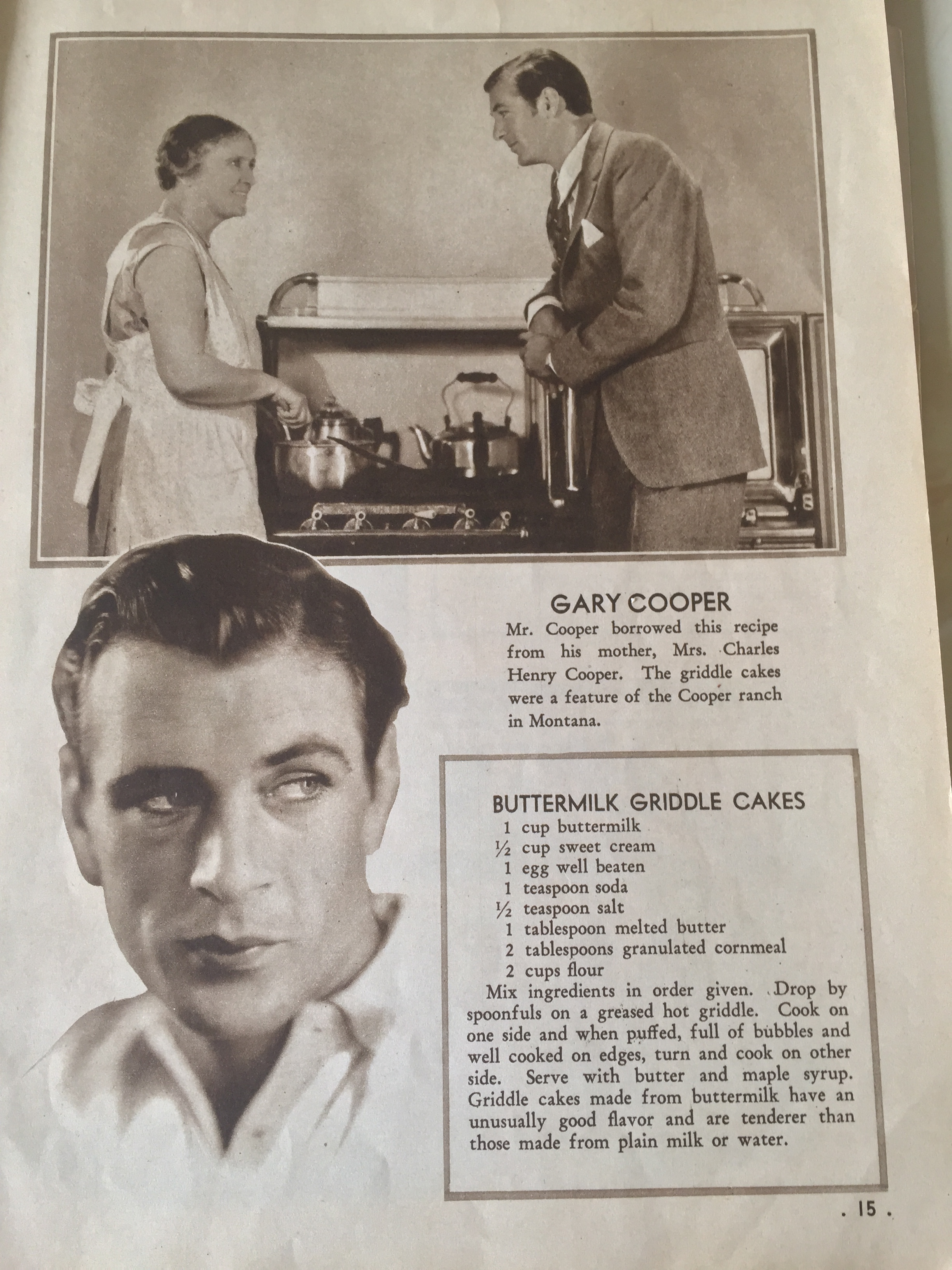 Favorite Recipes of the Movie Stars (1930)

Warner Baxter sounds like he knows what he is doing with a pancake pan too. 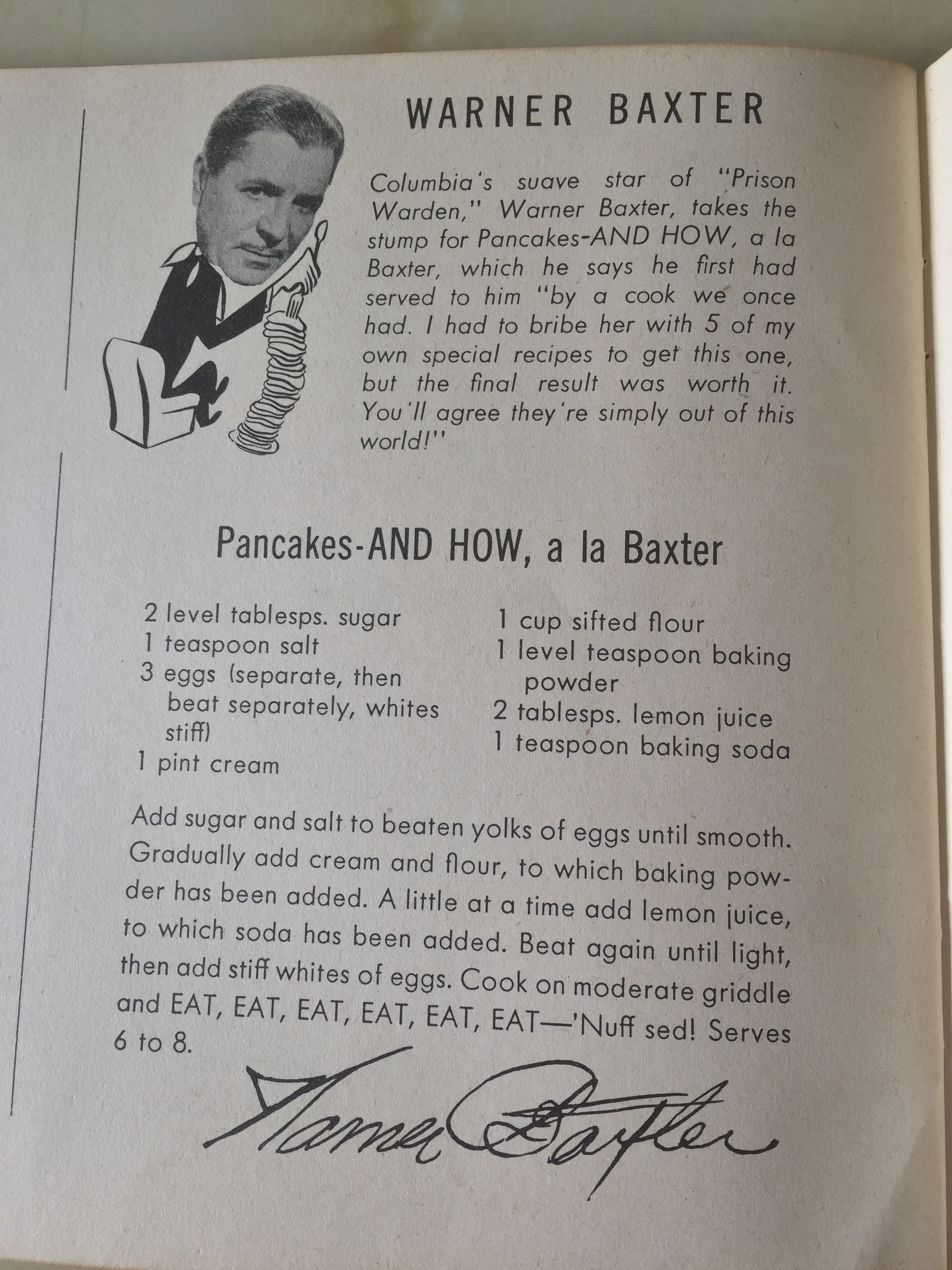 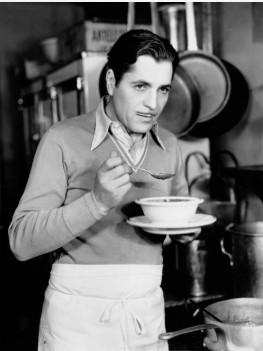 Is there anything more retro than a jellied salad? Lionel Barrymore offers his version. 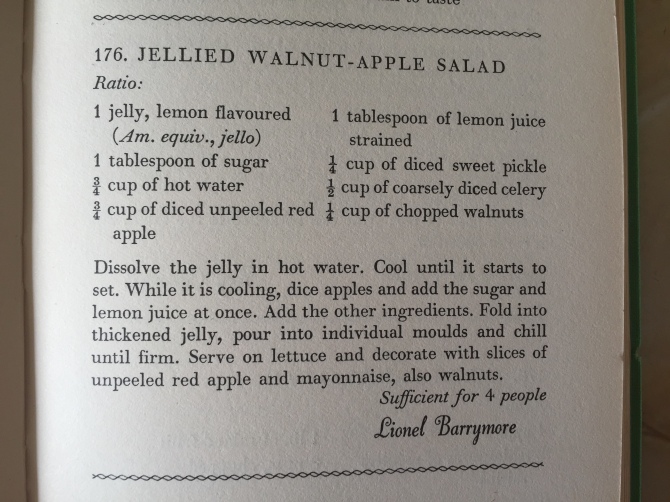 If you can get hold of greengages where you are, Lupe Velez’s appetizer is a delight!  I guess you could use another kind of plum, but don’t forget the crystal serving plates! 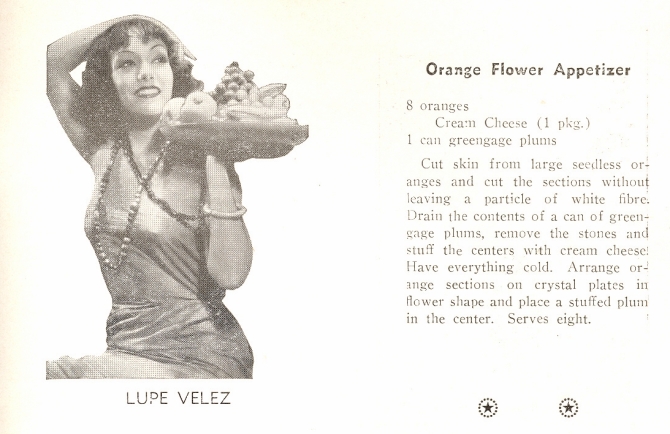 I have not made Buster Keaton’s Chop Suey myself, but someone I know has.  The report was not good, but who knows? 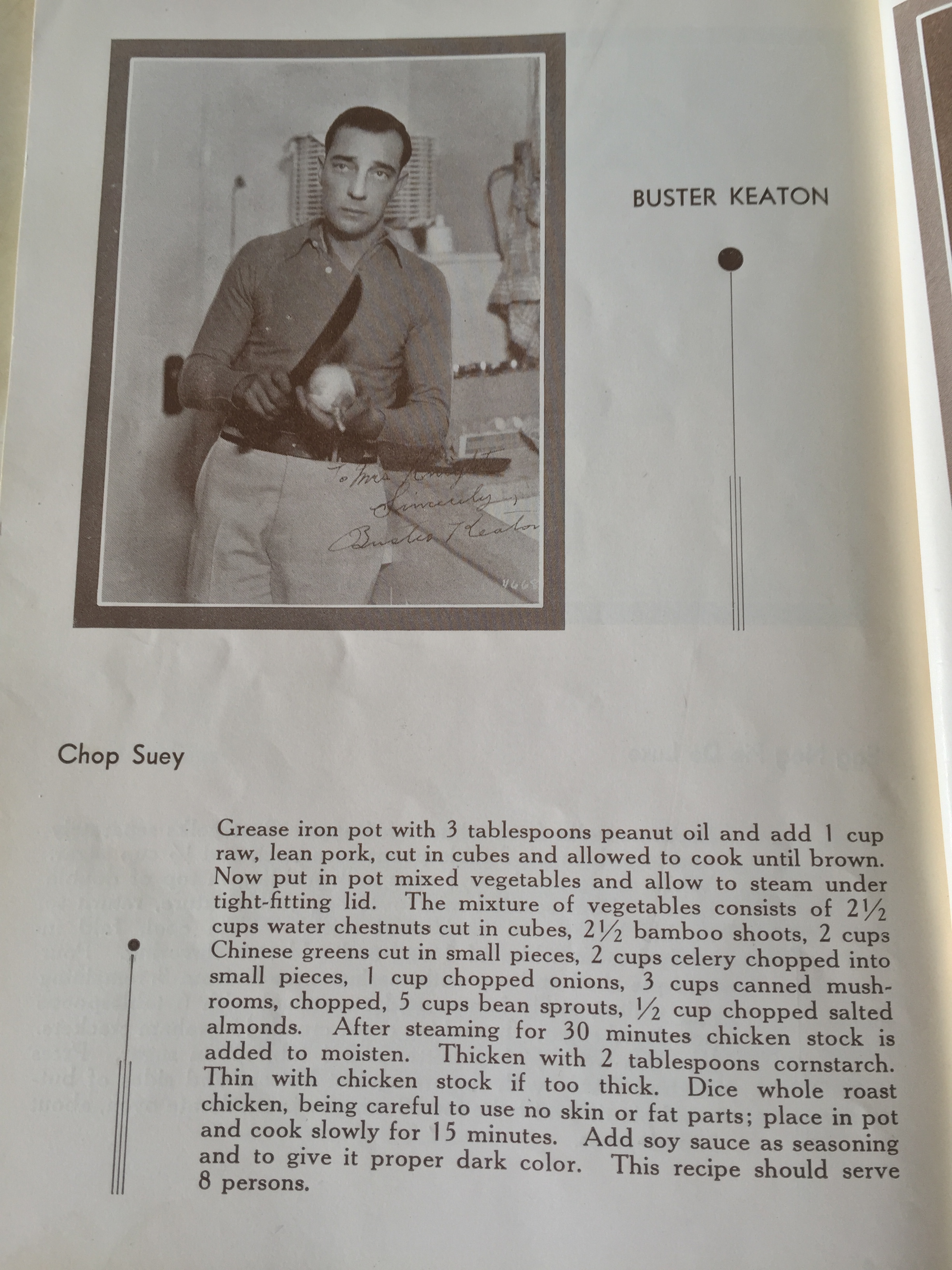 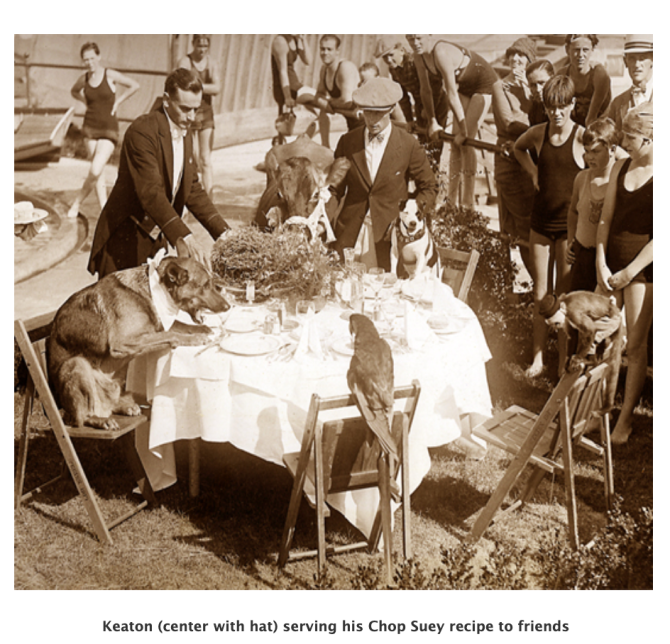 Gary Cooper is back with his entree specialty.

Now that Marion Davies has eaten some take-out Chop Suey with director King Vidor on the set of THE PATSY it is time for her Meadow Cheesecake which was proclaimed “the best cake in the world” when I made it for work colleagues in 2010, maybe it is? 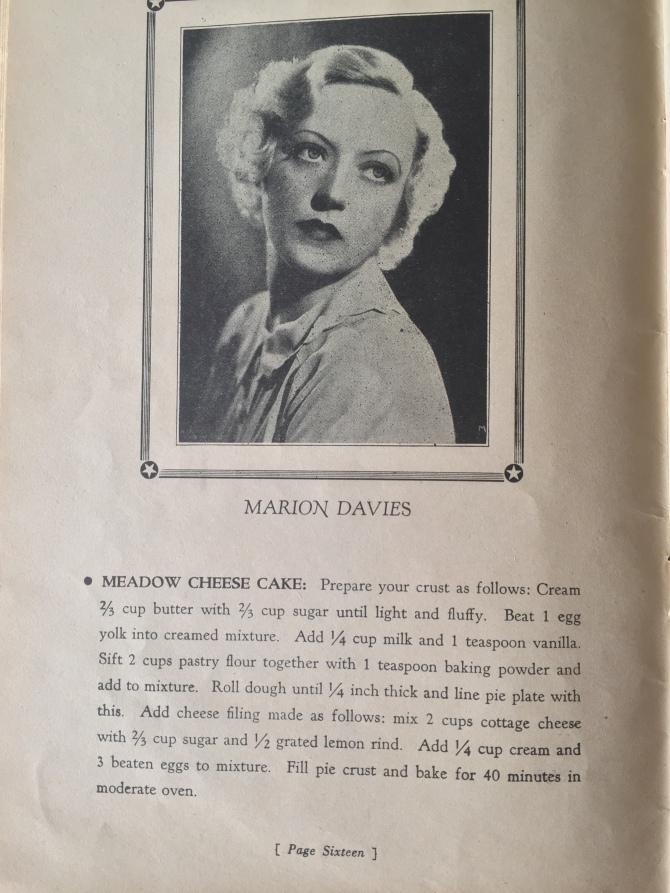 I love this Clive Brook and Richard Barthelmess collaboration – with crackers this would be delicious I am sure! 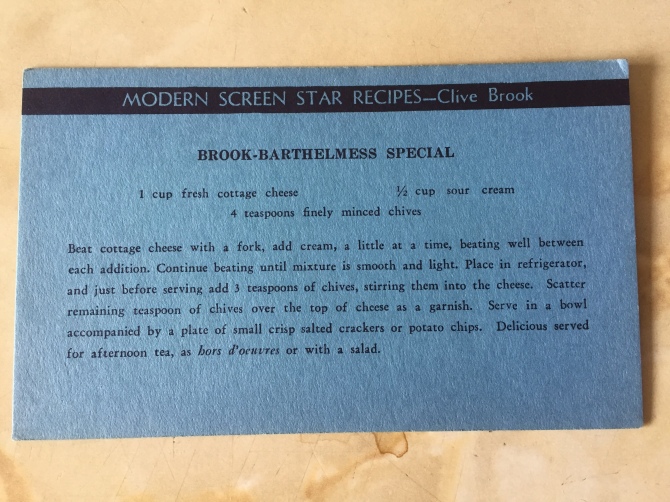 If you have a sweet tooth, there’s nothing nicer than some sweeties from ZaSu Pitts’ brilliant book Candy Hits.  In 1919 one reviewer called Pitts “the girl with the ginger snap name.” We did an entire article about her candy making. 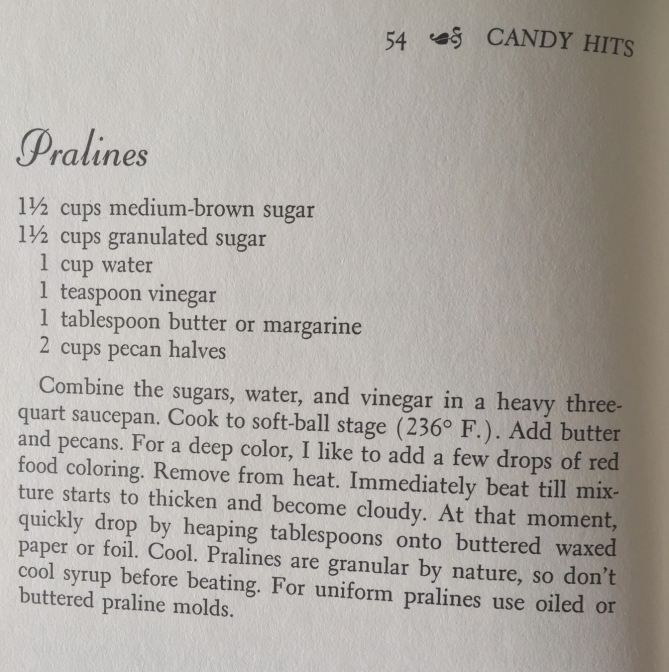 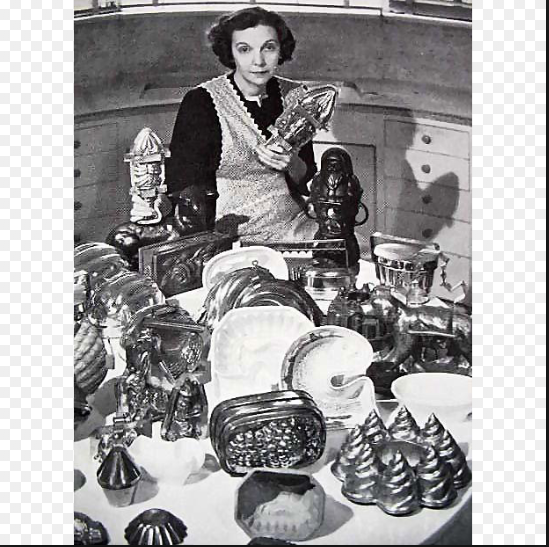 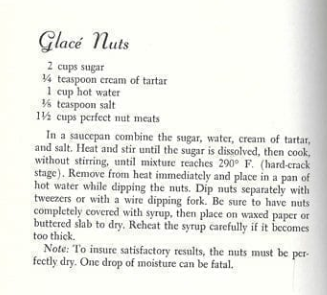 Enjoy more eating and drinking like the stars of yesteryear at Silver Screen Suppers.

And catch up with my 18 Eating Like The Stars articles on EatDrinkFilms.

And do check out my friend Fritzi Kramer’s Movies Silently where she tests many recipes by silent movie stars from Photoplay’s Cook Book- 150 Favorite Recipes of the Stars. There are recipes and the results by other stars of this year’s Festival—Virginia Valli, star of THE SIGNAL TOWER, Lon Chaney, Florence Vidor, Lupe Velez, Maron Davies, and Gary Cooper. 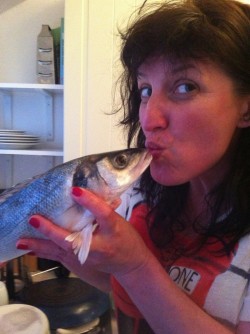 Jenny Hammerton is a film archivist with a nosey parker interest in what the stars of Hollywood Golden era liked to eat and drink. She’s been scribbling away about film star recipes for around eight years at Silver Screen Suppers and her bulging collection of film star favorites now numbers over 8,000. When not cooking and writing, Jenny works with the British Movietone newsreel collection for the AP Archive in London, and DJs on a wind-up gramophone with The Shellac Sisters. You can read about and buy her book Cooking with Joan Crawford here and Cooking With Columbo here.