Vincent Price was not only a great actor but an artist, a serious art collector with the Southern California Vincent Price Museum Art Museum, and most importantly, a fine chef. EatDrinkFilms is pleased to bring our readers a preview with some Halloween recipes.

END_OF_DOCUMENT_TOKEN_TO_BE_REPLACED

Gratitude and mindfulness are the subject of countless books right now, with credible medical studies showing that cultivating these practices can actually improve both physical and mental health. 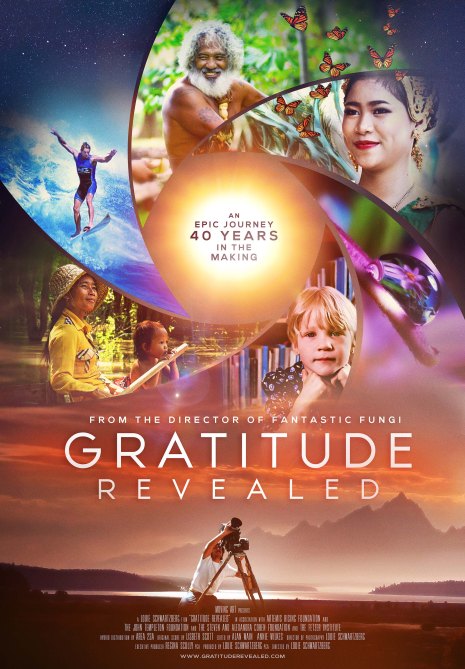 So it’s understandable that award-winning director, cinematographer and producer Louie Schwartzberg has chosen the title “Gratitude Revealed” for his visually stunning and thought provoking new documentary. It could also have been titled “Joy,” or “Celebrating Life,” or even “Sharing my Forty Years of Capturing Beautiful and Meaningful Images.”

END_OF_DOCUMENT_TOKEN_TO_BE_REPLACED 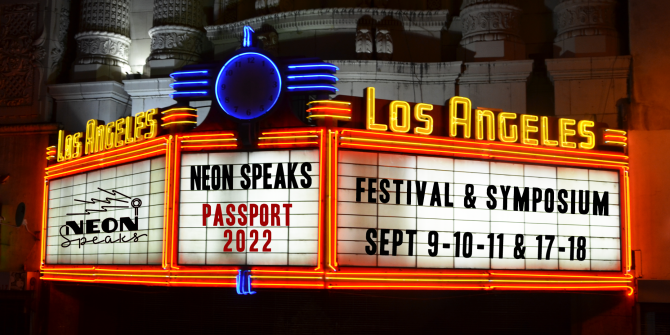 Are you ready for two weekends of stunning neon art, film, and history?

END_OF_DOCUMENT_TOKEN_TO_BE_REPLACED

Now nearly eight years later there’s a sequel release, Gravity Spells II involving an entirely new slate of Bay Area sound artists and filmmakers. This time around the performances celebrating the release will all be held  May 19-22  at venerable Mission District venue The Lab. Only the artists know quite what to expect, but they’re sure to present a unique live cinema experiences.

END_OF_DOCUMENT_TOKEN_TO_BE_REPLACED

“Why don’t you make films in color?” Federico Fellini was asked shortly after his 1963 black and white hit 8 ½.  He explained that it was not his right to determine for the audience the exact color of, say, a blade of grass or the blue in the sky. I was a teenager with a passionate interest in all kinds of movies, especially the exotic foreign films playing at theaters like Mel Novikoff’s Surf Theatre, Pauline Kael and Ed Landsburg’s Studio & Guild Cinemas and at the San Francisco International Film Festival— this intriguing answer that made sense to me until his next feature came out where he more than broke his rule. Juliet of the Spirits was so overwhelming in its use of color one might have thought it was soon to be banned and he needed to splash every tint and tone across the screen while he could. I loved it in 1965 and can’t wait to see it again on the big screen as part of the Fellini 100 celebration through May 14, 2022 at BAMPFA.

END_OF_DOCUMENT_TOKEN_TO_BE_REPLACED

Charles Chaplin might be the most recognizable person in the world. His iconic Little Tramp image can be found everywhere. I am guessing that more books have been written about him than any movie star.

One of the many beauties of his work is that they communicate with people who speak any language.

And on Saturday, February 19, the San Francisco Silent Film Festival presents Chaplin’s 1931 masterpiece, CITY LIGHTS accompanied by the Oakland Symphony under the direction of Timothy Brock, at Oakland’s Paramount Theatre. This is a must see experience for all ages.