“I hope,” my editor said, “that you write about more small movies in your second piece on the Mill Valley Film Festival.” I knew what he meant. I’d written about looking forward to seeing the movies I’d missed in Telluride and Toronto, and most of them were movies that would be showing up at multiplexes within days or weeks – certainly by the end of the year, if they harbored Oscar hopes.

It’s especially tempting to see these films in the Festival context, however, because they often come accompanied by directors and stars – in addition to the frisson of seeing them in the flesh, there’s the allure and interest of the q’n’a, and the possibility of telling somebody you admire just how much you admire them. (Not to mention my favorite thing about a sold-out festival screening: everybody in the room is paying rapt attention to the screen. The best way to see a movie…)

But there are less-heralded movies tucked around the Oscar hopefuls and the titles that everybody writes about. I know that the best movies I see at festivals are often the ones I choose because they happen to be programmed between two others I have tickets for, and the movie that I know nothing about turns out to be a happy surprise.

Just such a movie is THE SWEET REQUIEM (Saturday October 13th at 5 pm at the Sequoia; Sunday October 14th at 2:15 pm at the Lark), the US premiere of a film about a young woman refugee from Tibet living in India, which I found delicate in its filmmaking and unexpectedly moving. It’s playing the last weekend of the Festival.

On Wednesday, October 10th, the big want-to-see films include Nicole Kidman’s Oscar-bait performance in DESTROYER, in the vein of Charlize Theron’s gritty role in MONSTER. A roughed-up Kidman plays a self-destructive detective looking for a killer in a very noir Los Angeles, directed by Karyn Kusama (with whom she worked in 2005’s sci fi AEON FLUX).

And Melissa McCarthy is stretching, too, in CAN YOU EVER FORGIVE ME? (Wednesday October 10th at 6:30 pm at the Rafael; Saturday October 13th at 11:30 am at the Rafael), in a witty but serious role (based on a true story, as they like to say) of a magazine journalist who falls into forging letters from the famous when her assignments dry up. In this she is aided and abetted by the always-welcome Richard E. Grant, who will be in attendance at the October 13th screening.

But there’s also EFFORTLESS FRENCH (12:30 pm at the Sequoia), a French documentary about a bitcoin exchange that collapsed in 2014. And EARTH, OUR HOME: THE NEW ENVIRONMENTALISTS (10:30 am at the Rafael), three short documentaries about how we can safeguard its welfare. And two consecutive iterations of KANNAPOLIS: A MOVING PORTRAIT (Wednesday, October 10th, 6:30 and 8:45 pm at the Lark), a multi-media visual and musical presentation about textile factories during the Depression in North Carolina by Bay Area director Finn Taylor and musician Jenny Scheinman, which has played previously at the Smithsonian and the Metropolitan Museum.

And SERGIO AND SERGEI (noon Wednesday at the Rafael) another one “based on a true story,” of a Cuban ham radio operator who connects over the air waves with a Russian cosmonaut as the Soviet Union is collapsing in 1991.

There are at least two dozen films unspooling every day across the festival’s four locations. (And I’m not even considering the additional temptations of the concerts that take place at the Sweetwater Music Hall.) How to choose? The more I study the schedule and the catalogue, the more tempted and frustrated I become.

But by choosing that, I’m also missing AMALIA THE SECRETARY (Thursday October 11th at 6:15 pm at the Rafael, Friday October 12th at Larkspur), a Colombian movie about the secretary to a CEO described as a “quirky hilarious office comedy.” We could all use quirky and hilarious, these days.

It’s quirky and hilarious that draws me to the documentary BATHTUBS OVER BROADWAY (Thursday October 11th at 2:30 pm at the Sequoia; Saturday October 13th at 5:30 pm at the Lark), about the heretofore unknown songs written for industrial musicals. It won the Abert Maysles New Documentary Director Award at Tribeca this year.

Closing weekend – Saturday the 13th and Sunday the 14th – offers, as well as a plethora of repeats from earlier in the week, the intriguing CAEPURNUM (Saturday October 13th at 8:15 at the Sequoia, Sunday October 14th at 1:30 pm at the Rafael), a Lebanese film about a young boy suing his parents because they gave birth to him; “An Afternoon with Eleanor Coppola and Allie Light” (4:30 pm at the Rafael), where the two filmmakers will present two narrative shorts that they made after working as documentarians (read an interview with Allie Light about her film); FROM BAGHDAD TO THE BAY (Saturday October 13th at 3 pm at the Rafael; Sunday October 14th at 2:15 pm at the Sequoia), a documentary about an Iraqi military translator who comes out and moves to San Francisco after being wrongfully accused of being a double agent; and VIPER CLUB (Saturday October 13th at 7:15 pm at the Rafael, Sunday October 14th at 5 pm at the Lark), with Susan Sarandon trying to effect the release of her journalist son being held for ransom by the Islamic state. The impressive cast includes Matt Bomer, Edie Falco, and Lola Kirke. I’m a fool for Julian Fellowes and period pieces, so I’m squeezing in the one screening of THE CHAPERONE (Saturday, 12:45 pm, at the Larkspur), a period piece that purports to be the story of the relationship between silent star Louise Brooks (Haley Lu Richardson) and her chaperone (Elizabeth McGovern) on a trip from Wichita, Kansas to New York City. As if that isn’t enough to overwhelm us, another last-minute addition sounds equally tasty as THE BIGGEST LITTLE FARM (Sunday, October 14, Rafael) follows a couple who leave the stress of Los Angeles for a new life managing a farm with eight years of filming shaped into a story of their successes and problems creating an eco-friendly, sustainable life.

The big want-to-see is the closing night film, the hotly-awaited and anticipated IF BEALE STREET COULD TALK (Sunday October 14th at 5 pm at the Rafael and the Sequoia) by local treasure Barry Jenkins, his first movie after winning the Oscar for his exquisite MOONLIGHT. It’s based on a novel by James Baldwin, currently enjoying a renaissance and a re-evaluation after Raoul Peck’s I AM NOT YOUR NEGRO, a documentary about Baldwin’s take on the history of racism in the United States. The Harlem love story follows the desperate efforts of a young woman determined to get her husband, imprisoned for a rape he did not commit, out of jail. Jenkins will be in attendance.

Other Smith Rafael Film Center temptations include the run of LIFE AND NOTHING MORE, winner of the John Cassavetes Award at the Independent Spirit Awards, opening October 26th with director Antonio Mendez Esparza in person at the Saturday October 27th 7:30 pm screening. Esparza will also introduce a screening of his first film, AQUI Y ALLA, on the 27th at 4:15 pm. 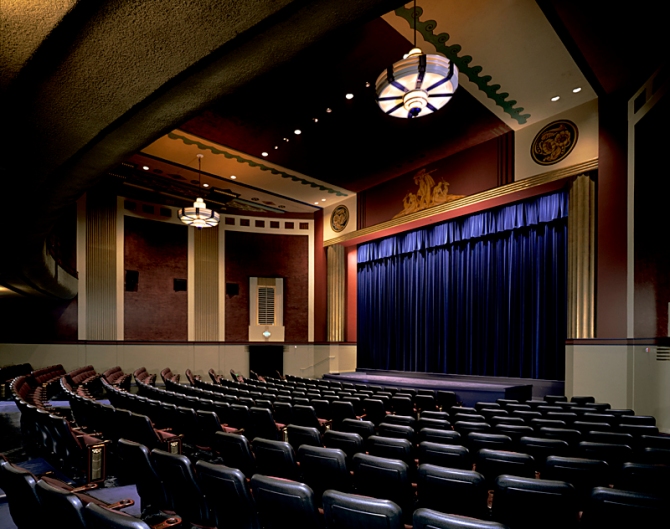 The programming of the Rafael Film Center carries on the work of creating a year-round festival.

There’s an intriguing program about working with Ingmar Bergman featuring his longtime colleague Katinko Farago, who will discuss her work with him on Saturday November 3rd at 7 pm and also appear with a screening of WILD STRAWBERRIES on Thursday November 8th at 7 pm.  And renegade English filmmaker Alex Cox will preset his latest film TOMBSTONE RASHOMON on Wednesday November 14th at 7 pm, and introducing the new restoration of Dennis Hopper’s THE LAST MOVIE on Thursday November 15th at 7 pm. 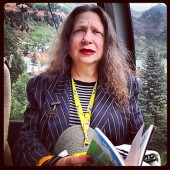 Meredith Brody, a graduate of both the Paris Cordon Bleu cooking school and USC film school, has been the restaurant critic for, among others, the Village Voice, LA Weekly, and SF Weekly, and has written for countless film magazines and websites including Cahiers du Cinema, Film Comment, and Indiewire. Her writings on books, theater, television, and travel have appeared in the New York Times, the Los Angeles Times, and Interview. She also contributes an occasional column to EatDrinkFilms called “Meals with Meredith,” where she talks about food and film with filmmakers at restaurants in northern California, writes about vintage cocktails and where she eats during film festivals at the Castro Theatre in San Francisco. Some of her pieces are found here and here.