In 2016, Jacqui “Jax” Griffin was dismayed to learn that the Bradford International Film Festival was to be no more.

“I moved to Bradford in England’s West Yorkshire because it was the City of Film and, to me, a large part of that heritage was the annual film festival.” says Griffin. “I thought the City of Film should have at least one festival celebrating the newest most interesting films being made around the world.” A lifelong cinephile and PhD student in film, she was not going to let her town go without some sort of series of screenings, but where to show them? At the time there were only 2 movie theaters in Bradford, and they would require venue fees and ticket revenues, but there are many more pubs, which are free to enter. So she put 2 and 2 together and the Drunken Film Fest was born.

The original Drunken Film Fest took place for a week in pubs and breweries across the North English city. To assist with the massive effort of selecting the program, Jax enlisted me, a fellow writer at the online publication Film Inquiry, to build the documentary program. I naturally programmed a short film I produced about hollering in North Carolina, but beyond that it was a fun and illuminating experience. The next year I was able to really zero in on sourcing some world-class documentaries for the festival, and was even able to make it out to the UK to attend the second year. Seeing how Jax had put it all together, I couldn’t help but think that the concept was a natural fit for Oakland, where I live. So with a verbal commitment, Jacqui created some websites and social media accounts for me and there was no way to turn back.

But I’m glad I didn’t, because I couldn’t be more excited about the first ever Drunken Film Festival – Oakland! We’re lucky and honored have some of the best and most iconic bars in The Town as venue partners, and incredibly excited to be able to make all of our screenings free of admission and open to the public.

As I expanded my programming attention from docs to the entire festival, which also features US & world narratives, animation, experimental, music videos, and local offerings. All films have my stamp of approval, and since the style, tone, and content of the films vary widely, I’m certain that on any given night of our 6-day festival, anyone who comes will find something with which they’ll connect. We had fun designing a program book unlike any you have probably seen so please take a look at the complete program here —but I’ll tease you with a selection from each of the categories: 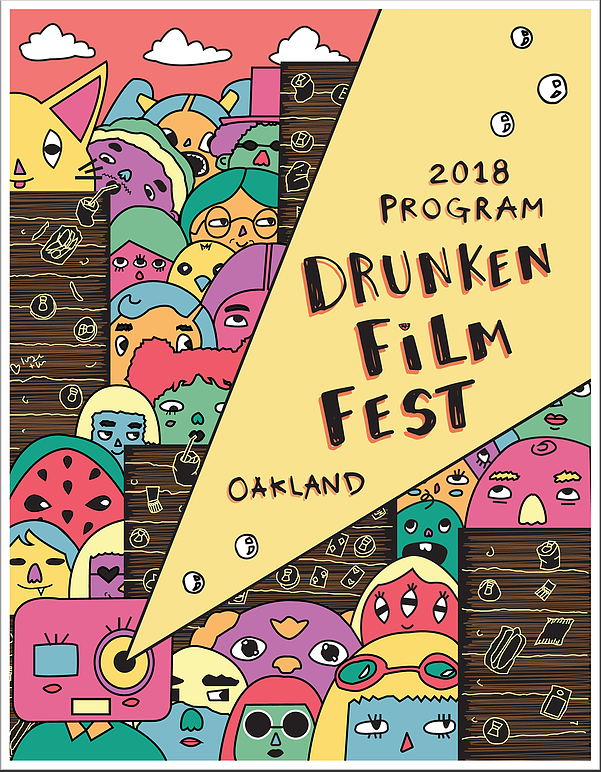 WEEKENDS: Made by local Pixar artist Trevor Jimenez, WEEKENDS is a moving story of a young boy navigating the new dynamic created by his parent’s divorce. Showing Sunday 10/7 at The Layover

BABYLON: A Filipino film following a pair of time-travellers attempting to stop the rise of a local dictator.  Showing Monday 10/8 at Stay Gold Deli

SHERRY: A documentary you’re sure not to forget, Sherry observes the life of Orange County resident Robert, who spends his free time transforming into and acting out life as a living doll. Showing Tuesday 10/9 at Lost & Found Beer Garden (note: Director Eliane Lima to attend)

END OF THE LINE: Starring Brett Gelman and Simon Helberg, END OF THE LINE is a comedy about a man purchasing another, much tinier, man in a pet shop. Showing 10/10 at Telegraph Beer Garden

r~e~t~r~o~g~r~a~d~e: The only feature in the festival is this hallucinatory experimental partially filmed in the Bay Area; I think the less said going into this one the better. Showing 10/11 at Eli’s Mile High Club 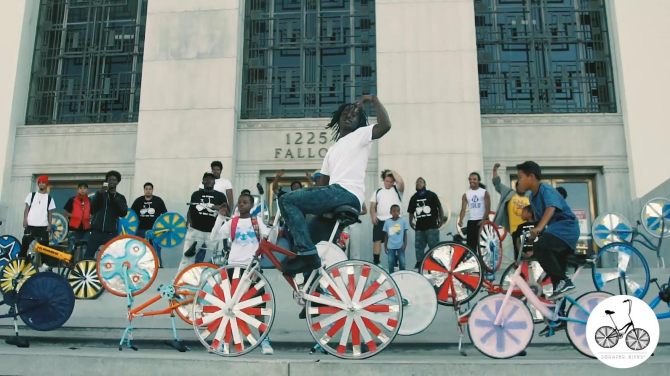 I’ve been completely humbled and honored by the response we’ve seen from filmmakers interested in participating in our inaugural festival. I’m so excited to bring this program of 69 films to Oakland for a festival experience sure to be unlike any other; so excited in fact that I question whether I’ve truly been excited for anything before in my life.

And the judges who agreed to participate bring a fantastic variety of experiences to inform their decision-making.

Here is a sneak preview of one of the films, BELL ATLAS- BE BRAVE by Dominic Mercurio

The Drunken Film Fest is honored to have industry professionals with Bay Area connections serve as the Festival Judges for our eclectic premiere program. 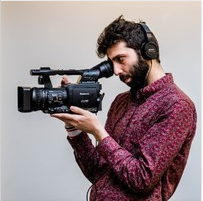 Arlin Golden is originally from Chicago, IL and currently resides in Oakland, CA. Receiving his BA in Film Studies in 2010, he is a failed rapper who works in film distribution. Among his non-cinematic interests are biking, playing basketball, record collecting, and breakfast cereal. He is still processing the new seasons of Twin Peaks and hopes one day that the world recognizes the many values of the Siesta system. In addition to Programming the Drunken Film Festival, Oakland, Arlin is the Director of Operations / Festival & Acquisitions Coordinator / Social Media Manager at The Video Project in San Francisco.

His film writings can be found on Film Inquiry.

Listen to an interview with Arlin on  SUP/DOC.