Not to be missed is the famous scene in which a noodle master painstakingly describes the ritual of eating ramen in tones not often heard outside of a place of religious worship. 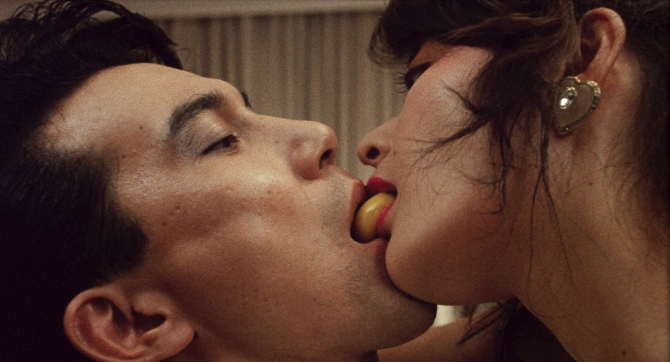 The new version of the classic, which was restored by Janus Films, “corrects the color balance of Masaki Tamura’s exquisite shading, cleans up a muddy soundtrack and adds new subtitles that are more descriptive and precise,” according to The Village Voice. (1)

Tampopo is currently screening in the San Francisco Bay Area at the Opera Plaza in San Francisco, Shattuck in Berkeley and opens at the Smith Rafael Film Center on Friday, December. It is also opening at cinemas around the U.S. throughout December and January.

Enjoy some of our favorite scenes along with videos of Ramen master Ivan Orkin on his specialties at EAT MY SHORTS- Ramen Revolution.

We asked the author of the new Ramen cookbook Simply Ramen, Amy Kimoto-Kahn and the writer/director of the hit film East Side Sushi, Anthony Lucero, to write about Tampopo for our “Critics Corner.”

I am a Yonsei – a fourth-generation Japanese-American. Which means my great-grandparents on both my mom and dad’s side were born in Japan and were the first in my family to move to America. My parents and grandparents were both interned to concentration camps during World War II. My Great Uncle Joe Fujimoto on my mom’s side fought in the 442nd – the only fighting unit in the U.S. Army composed entirely of those with Japanese ancestry, while their families were subject to internment.

It seems crazy but is definitely a conversation that we’ve had with our kids, especially during our recent political climate. I am 100% Japanese but it’s this melding of Japan and America that has shaped my perspective on ramen. I felt that if I didn’t go to Japan and eat and see where ramen came from, and if I didn’t try to learn how to make it from an expert ramen master, I wouldn’t feel like I had enough knowledge to write a cookbook on it.

So, my ramen education or what I like to call my “rameducation” took me from watching Tampopo, the classic movie about the Japanese love of food and search for the perfect noodle, to a more hands on training in Japan at the Miyajima Ramen School in Osaka with Sensei Rikisai. What Tampopo did for me is reiterate my upbringing. Although it was very Americanized, it was still so Japanese. The Japanese devotion to perfecting one’s craft to the point of insanity and the understanding that it’s better to be the master of one trade then the jack of all trades ran very true with me.

The filmmaker Juzo Itami uses quirky humor, shows culinary expertise in not just Japanese cuisine but French and Italian, and gives us the excitement of a Japanese gangster’s love for food and eroticism. It kept me hungry and horny, which was a pleasant surprise. It showed me that when you make ramen it’s the sum of its parts that make a perfect bowl. The density and full flavor of the soup, handmade noodles that are firm yet springs, fresh toppings that are given the same attention as everything else. My sensei said it’s like a perfectly staged play with each component having it’s own necessary role.

Tampopo is one of my favorite food on film movies of all time and I’m thrilled it’s being re-released!

Amy Kimoto-Kahn was born in Fullerton, California and now lives with her family in the San Francisco Bay Area. She is Yonsei or fourth-generation Japanese-American and a mom of three. She is a graduate of the Miyajima Ramen School in Osaka, Japan and has taught a popular series of Asian-inspired cooking classes for Williams-Sonoma. She shares her Japanese-American homestyle, kids-will-like-it-too recipes on her blog, www.easypeasyjapanesey.com. When she is not cooking, she runs a mom-focused marketing firm, Fat Duck Consulting that she founded in 2008. Read an interview here.

Amy’s new book Simply Ramen: A Complete Course in Preparing Ramen Meals at Home is available at your local bookstore or from Indiebound and Amazon. Elsewhere in EatDrinkFilms we offer a sample recipe from the book.

DRINKING ALL THE RAMEN BROTH…..

Thirty years after it’s initial release, Tampopo gets a 4k restoration with a limited release across the United States this November and December.

Tampopo is one of those films that has been on my “100 Must See Films” list for many years, so I am glad the restoration from Janus Films has pushed this classic to the top of my queue.

Written and directed by Juzo Itami, Tampopo is a complex film. It’s a story that spans across many genres: comedy, drama, romance, action. From the opening scenes, we are greeted by a character who addresses the movie audience directly. He will not tolerate interruptions during the film, like noisy bags of chips or alarms on your wristwatch! But from the opening scenes, you know you will be taking a ride with a satirical comedy that that does not stick to conventions. 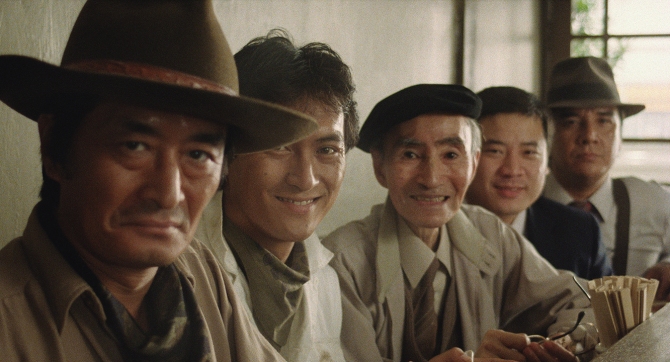 Although the film branches off into short vignettes, the main story is about a widow, Tampopo (Nobuko Miyamoto), who has taken over her late husband’s ramen shop and has succeeded at making bland, lukewarm bowls of ramen for her customers. In comes our hero, Goro (Tsutomu Yamazaki) with his sidekick, Gun (Ken Watanabe), a pair of truck drivers who stumble into Tampopo’s ramen shop one rainy evening. Goro, with his brown leather fedora, is a cross between Indiana Jones and the outlaw Josey Wales.  After Goro stops a customer from harassing her, he takes it upon himself to help Tampopo reboot both her ramen and her restaurant. The two begin their journey towards making the perfect bowl of ramen.

The character Tampopo has lots to learn before she can be an excellent ramen chef. And what’s the best way to learn? By spying on your competition, of course. Who knew a bowl of ramen could be dissected into so many parts? The pork must be the correct thickness, the noodles cannot sit in the lye for too long, the counter should be a proper height and the list goes on and on. The final test to know if you made a good bowl of ramen is if the customer drinks all of the broth and leaves nothing behind. Only then will you know if you have done your job well.

Because this a film from the 80’s, I can’t help but compare it to other films of that time period. At times, Tampopo feels like a Monty Python skit or a Zucker Brothers film, but then the story will quickly turn to a white suited gangster and his lover as they lovingly pass an egg yolk from mouth to mouth. If this sounds strange, it is. But it’s this strange type of storytelling that is fresher than most films done today. While this film is a comedy, the ramen is nothing to laugh it. The dish is always taken very seriously.

Tampopo will leave you with a smile on your face and your stomach grumbling for the perfect bowl of ramen. This holiday season you’ll want to ditch the turkey and slurp down a delicious bowl of noodles.

After receiving his degree in Film from San Francisco State University, writer & director Anthony Lucero worked as a commercial and documentary D.P. and editor for several years before moving into the visual effects world at Lucasfilm’s ILM and Tippett Studio. At Lucasfilm, Lucero also worked as a documentarian on the behind-the-scenes for the latest Star Wars installment, The Force Awakens.

Anthony Lucero’s debut feature film, East Side Sushi (HBO/Sony/Samuel Goldwyn), went on to win 13 film festival awards and will be screened around the world as part of the State Department’s 2017 American Film Showcase. Lucero is currently at Disney/ABC as part of their 2016-2018 Directors Fellowship program. 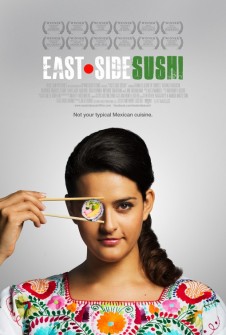 East Side Sushi is now available for purchase or rental on DVD, , On Demand, HBO, NetFlix and other platforms. Find out how you can see it here.

Articles about East Side Sushi in EatDrinkFilms.com 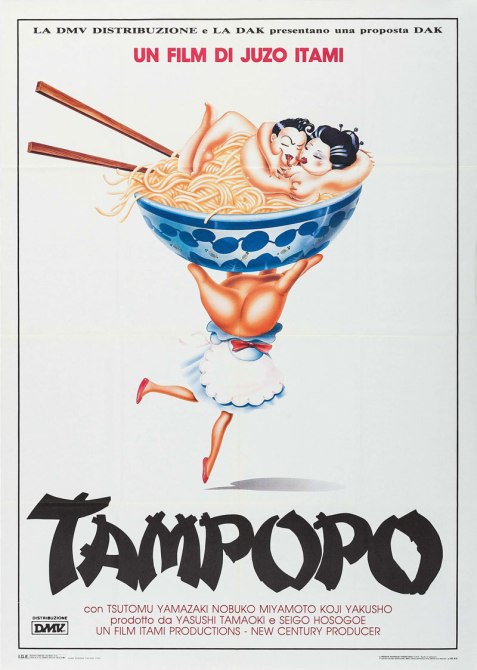 More Tampopo articles, essay and reviews can be found at the Janus/Criterion site.

(1) Courtesy of Janus Films and The Criterion Collection

The Ramen Reference published online. It includes interviews with Ivan Orkin and the chefs at Oakland’s Ramen Shop. The companion Recipe Reference is also available at the same link.