I traveled cross-country in 2007 for a date with Lauren Bacall. We were supposed to meet in Los Angeles, where the American Cinematheque had scheduled a weekend tribute to her, an array of her films programmed around a live appearance and onstage interview. But schedules got fouled up—after the event had been publicized—so plan B called for me to jet overnight to Manhattan and record an extensive sit-down with the Grand Dame (the American spelling fits her better), to be shown in lieu of her actual appearance at the tribute.

It all happened so fast I didn’t have time to reflect on all the horror stories I’d heard about what a difficult diva Bacall could be. I’d once mentioned to my late pal Kathi Kamen Goldmark—one of the most good-natured Bay Area media escorts of all time—that I was trying to arrange Bacall as a guest star at NOIR CITY in San Francisco. She clutched my arm and blurted, “Don’t do it! You’ll regret it!” Virtually every insider’s story about Bacall depicted her as haughty, demanding, and possessed of fiery temper.

Our “date” turned out to be part of a media day for Paul Schrader’s film The Walker, in which Bacall was one of several Washington, DC wives who used a gay escort (played by Woody Harrelson) as a consort and confidante. I’d arrived in New York the night before, stayed overnight at the St. Regis, and awoke early to find the hotel’s penthouse already a beehive of media madness. Bacall was the center of it, of course—even in absentia. She arrived two hours late, and refused to be photographed until her personal makeup artist arrived. Of course, the woman was being flown in from Los Angeles, and the airline had managed to lose her luggage en route. Not a promising start to the day, especially given that I had to make a 7 p.m. flight back to San Francisco and I was competing for time with virtually every major media outfit in America. The outlets ranged from Entertainment Weekly and USA Today all the way down to … well, me. There were almost 40 interviews scheduled, although most were for TV, and those were booked in two- or three-minute increments.

Being trapped for a day with jaded journalists and wannabe TV “presenters” is something I’d only wish on my worst enemy. The European media, aka professional freeloaders, savaged the luncheon spread by 10:00 a.m., before Bacall even arrived. No food was needed for the Americans anyway, as most of them were twentysomething young women who spent more time in the gym than on research. Who knows what they were studying on their BlackBerrys—it couldn’t have been background on their “interview” subject. One of these faux reporters, sporting an adorable pixie cut, painted-on miniskirt and six-inch heels, looked up from her phone and chirped merrily to her colleagues: “Wasn’t she married to somebody famous?”

I’d have paid money to be in the room when she got her two minutes with Bacall.

The Grand Dame arrived round 11 a.m., and for the next six hours, a half-dozen handlers, hired by the distribution company, scurried about nervously waiting for the bomb to go off. Around 2 p.m., one came rocketing out of the interview room as if she’d just heard ICBMs were hurtling toward Manhattan. “Cappuccino!” she screamed to no one in particular. “And bacon! CRISP!”

Since I knew no one, I spent virtually the whole day reading in silence. (Thirty minutes were spent interviewing Paul Schrader, whom the American press treated as an afterthought.) I drew plenty of puzzled glances whenever someone checked the agenda and figured me for the guy granted sixty minutes with Bacall; no one else was booked for more than ten. But as the day crept by, and 800-pound gorillas like People showed up to take photos, the situation grew dire. I told the handlers that since Bacall had promised me an hour, I’d go last to eliminate the chance of our talk being cut short. Agreement came from Bacall herself: “I had to cancel that appearance,” I heard her say during a break, “but if he’s come all the way to New York, he’s going to get a real interview.” 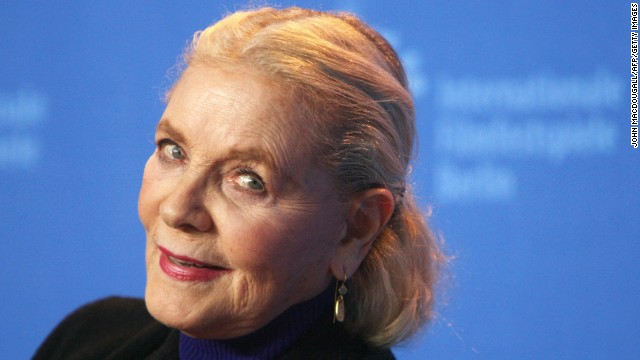 Finally, as the clock crept toward 5 p.m. I was ushered in and seated across from the brightest living star in the Hollywood firmament. “I apologize,” she said. “I’m sorry I had to cancel my appearance, and I appreciate your patience.” Her yappy dog, Sophia, skittered around on the floor, and we made small talk until the pool cameraman was ready. The full interview exists on a DVD I still have, but an edited-for-the-Internet version can be seen here.

I liked her immediately and immensely. Ten minutes in, it felt as if we just sitting around having an after-dinner conversation. I like to think we both had an enjoyable time of it—either that or she was just a consummate pro. (Remember, this was an 82-year-old woman who’d just spent six hours in front of a camera and a parade of repetitive questioners.) She was smart, articulate, and didn’t suffer fools. “My dog has more brains than George W. Bush,” she offered when our talk turned to politics. She spoke eloquently about her desire to keep working, and her insistence on taking challenging roles in films such as Schrader’s The Walker, Jonathan Glazer’s Birth, and Lars von Trier’s Dogville. She flashed genuine resentment when noting that Tom Cruise makes more for a single film than legends like Bogart and Cary Grant earned in their entire careers, combined. 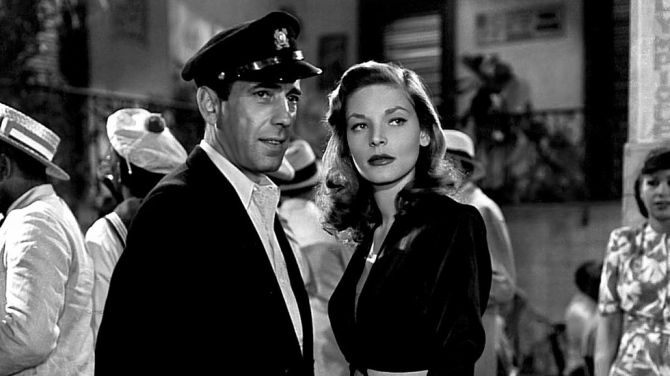 To me, the death of Lauren Bacall represents The End, symbolically, of any flesh-and-blood connection with the glory days of Hollywood. Yes, Olivia de Havilland is still going strong, but to me it’s not the same. (I’m just not a Gone with the Wind kind of guy.) Bacall was the epitome of American sass and style, a nervous, gawky girl who grew into a tough, beautiful broad right before our eyes. There was never a replacement for the “somebody famous” she was married to, and there will never be a replacement for Humphrey Bogart’s beloved Bacall.

Eddie Muller is a writer, filmmaker, and noted noir historian. His books include  Dark City: The Lost World of Film Noir; Dark City Dames: The Wicked Women of Film Noir; and The Art of Noir: Posters and Graphics from the Classic Film Noir Era. He has recorded numerous audio commentaries for DVD reissues of classic noir films. Muller’s crime fiction debut,  The Distance, was named “Best First Novel” of 2002 by the Private Eye Writers of America. He is co-author of the bestseller  Tab Hunter Confidential. Find Eddie Muller and Noir City at EddieMuller.com.

We encourage you to purchase from your local independent bookstores but if it better for you please your our affiliate accounts with Indie Bound or Amazon.

For books by Eddie Muller including the new, expanded edition of The Art of Noir, you may choose Amazon or Indie Bound.

2 thoughts on “The Grand Dame: My Date with Lauren Bacall”