Monday, March 14 is National π Day and we thought it would be fun to have a special Pie edition of Eat My Shorts.

In late 2015 it was reported that the long-thought-lost complete Laurel and Hardy two reeler The Battle of The Century had been found. Bay Area collector Jon Mirsalis acquired a large film collection and has been working his way through the prints. When he came across a reel marked “Battle of the Century, R2” Jon assumed it would be the same chopped up version of the movie’s famous pie fight that people have seen since the 1950s. But to his shock and delight it included all the missing footage. Jon worked with Serge Bromberg of Lobster Films and they have done a total restoration –and we have it on good authority that it will screen at the San Francisco Silent Film Festival in June.

The Battle of the Century (1927) excerpt

Read about the discovery in the New York Times. END_OF_DOCUMENT_TOKEN_TO_BE_REPLACED

Custard pies made the news last summer, as a long-lost Laurel & Hardy film, the aptly-named The Battle of the Century (1927), was rediscovered. Containing the legendary double-act’s most extensive pie fight, the movie has been seen only in severely truncated form in recent decades, and the rescued footage is a welcome addition to a filmography whose tantalizing gaps have slowly been disappearing.

The fight itself is a classic, a reminder of how funny and detailed and varied such an activity can be, in the right hands. The first pie is slung by diminutive Charlie Hall, hitting Ollie’s big baby-with-a-tiny-mustache face. The second, Ollie’s retaliatory attempt, goes wide of the mark, according to a long-standing tradition, and explodes over Dorothy Coburn’s shapely ass. She turns to remonstrate and, in accordance with an equally venerable tradition, is hit full in the face by a second crust-load. From here, escalation to total whiteout is as gradual but inevitable as a marital argument or a world war. Soon, an entire street is bustling with gooey combatants, frantically pasting each other with pastries.

END_OF_DOCUMENT_TOKEN_TO_BE_REPLACED

“In their first appearance together at the Smith Rafael Film Center since their initial “dialogue” series in 2009, David Thomson, celebrated film critic and historian, will join award-winning novelist and poet Michael Ondaatje for an entertaining weekend of screenings and discussions around trains as cinematic subject and stimulus.

END_OF_DOCUMENT_TOKEN_TO_BE_REPLACED

Discerning, funny, and utterly unique, How to Watch a Movie is a welcome twist on a classic proverb: Give a movie fan a film, she’ll be entertained for an hour or two; teach a movie fan to watch, his experience will be enriched forever.

From one of our most admired critics, brilliant insights into the act of watching movies and an enlightening discussion about how to derive more from any film experience we present Chapter Two for your pleasure.

END_OF_DOCUMENT_TOKEN_TO_BE_REPLACED

Some of the most exciting  cinema today is created by Asian and Asian American filmmakers. They represent an incredible array of cultures and each year CAAMFest is a perfect opportunity for the San Francisco Bay Area to explore new worlds through the moving image.

The Center for Asian American Media (CAAM) presents its annual celebration along with plenty of parties and special events to accompany the films at CAAMFest 2016 playing through March 20 in San Francisco and Oakland.

END_OF_DOCUMENT_TOKEN_TO_BE_REPLACED 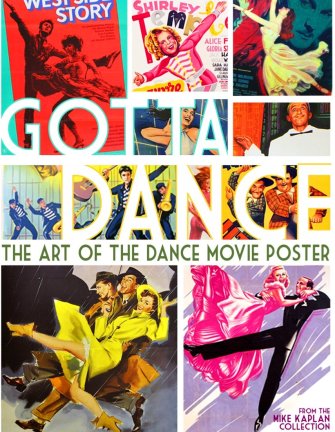 (This is the introduction to Mike Kaplan’s book on movie posters with stunning examples. For more details, and to sample the book’s elegant design, visit the website.)

Maybe I was born with a poster gene. As a child in Providence, R.I., I’d remove the full-page theater ads announcing a new play or musical from the Sunday New York Times, color them with paints or pastels and then compare the results with the printed versions when I visited New York with my parents. Though they were not then available for public purchase, movie posters were easily viewed as they were prominently displayed in lobby frames and exterior display cases at every cinema.