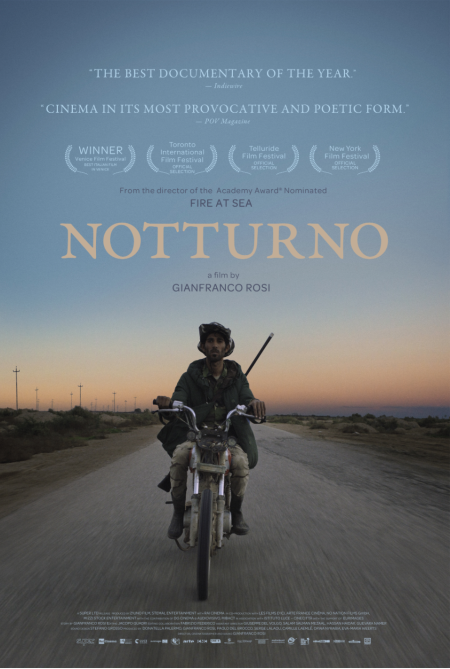 “The night scares me,” says a refugee girl in Gianfrano Rosi’s elegiac documentary, NOTTURNO. Traumatized by the violence she witnessed at the hands of ISIS, she uses a child’s sing-song voice to describe the torture and murders she saw. Rosi may have had that in mind when he named his film, which places the humanity affected by political turmoil in the Middle East at the forefront. He certainly knows where to place the blame for that turmoil. The only context he provides is at the start with a brief history of the fall of the Ottoman Empire after centuries of rule in the region, the destabilizing effects of the resulting power vacuum remain to this day. 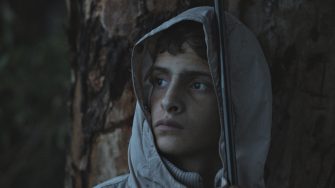 Using the purest form of cinema, Rosi offers scenes of seemingly disparate experiences, interweaving the lives of ordinary people in Kurdistan, Syria, and Lebanon. There is no narration in this immersive experience. Instead, we are shown, not told, what life is like, and brought face-to-face with anonymous people going about their daily lives, often with the sound of gunfire in the distance. The effect is electric. The close-ups provide no buffer and no filter. When we see a boy pulling fishing nets from the sea, his face is serious beyond his years with more than mere physical exertion. In just a few minutes of such intimate scrutiny, we can see the sense of obligation that motivates him. Rosi reveals so much of this boy’s character, that we see him not just at this age, but also what he will be like as a young man, and as an old one. The pressure of his struggle to survive has stamped him for life. It’s a remarkable piece of cinema, and just as gut-wrenching in its way as the sight of a mother bewailing the torture and murder of her son, touching the walls of the prison in which it happened, or staring at the picture of his corpse. Rosi has entwined them into the larger story. This may not be a traditional narrative, but it is cohesive.

The only scenes of actual violence are newsreel footage of relics being demolished and occupying troops careening through city and countryside. This is projected onto a screen as part of a play, in which patients at a psychiatric institute are the lead actors in a story about their homeland’s troubles through the years. Is Rosi making a not-so-subtle comment? 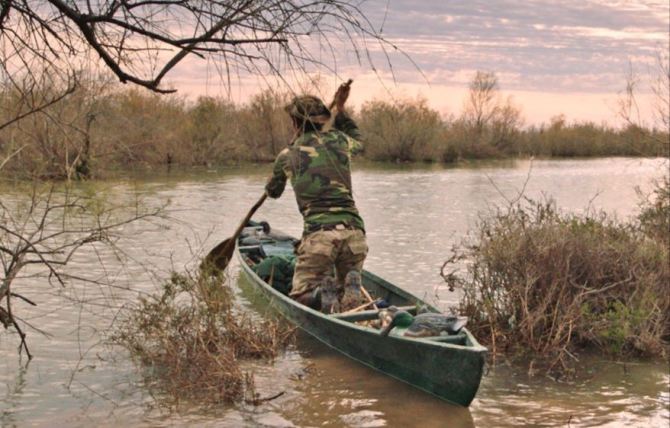 The reality may be bitter, but the cinematography is poetic, and none the less impactful because of it. An opalescent reed marsh at dusk gives way to that same spot at night, the waters reflecting the savage red and orange of the battles in the distance as gunfire echoes at both times of day. The juxtapositions are just as artful. A single mother settling her children in for the night and watching over them cuts to tanks crossing the landscape and border guards at their stations. A dreamy scene of mountains gives way to a drawing of a different mountain range done by a boy with large, wary eyes who recounts his own story of trauma at the hands of ISIS. He is soothed by a teacher who assures him that he is safe now, but the drawings that he and the other children in his class have made belie that he will ever truly feel that way again. The horrific scenes captured in childish scrawls serves to underscores the psychic scars these children will bear for a lifetime, and the criminality of having their childhood robbed from them. 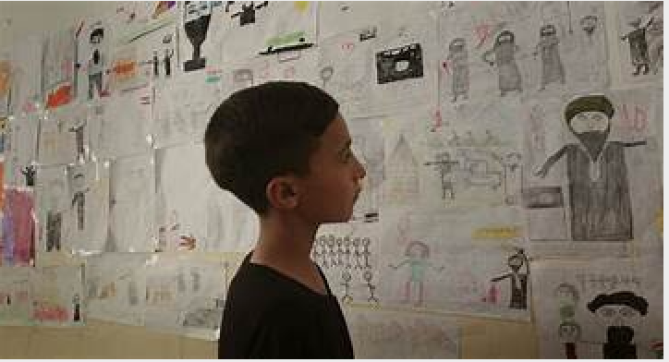 NOTTURNO is an engrossing experience that bears witness as few other works have done to the most innocent victims of war. For me, the most haunting image is that of a family with all their worldly goods on a small cart making their way through a refugee camp. The camera shows them in a long shot, a vicious wind impeding their progress through the expanse of the camp, emphasizing their vulnerability. They remain as anonymous as everyone else in the film, and in the usual order of things, would have been forgotten if they had been noticed at all. Rosi has recorded them for posterity, making them emblematic of the crimes against them, and an indictment against the forces that put them there, and the world that does not come to their aid.

NOTTURNO is a Super Ltd. release, runs 100 minutes, is in Arabic and Kurdish with English subtitles, and is not yet rated by the MPAA.

ABOUT THE DIRECTOR
Born in Eritrea but raised predominantly in Italy, Gianfranco Rosi graduated from NYU Film School. His films have focused on the Ganges River, cartel violence in Mexico, and the migrant crisis in Italy, among other topics. His 2013 film  Sacro GRA was the first documentary to be selected for the Main Competition at the Venice Film Festival and went on to win the Golden Lion. His 2016 film Fire at Sea won the Golden Bear at the Berlin Film Festival and was also nominated for an Academy Award.

Andrea Chase has been reviewing movies on radio, television, in print, and via the internet in the San Francisco Bay area for over 20 years. She says, “After moving here from Louisiana many years ago, I received my film education the way nature and the Lumiere Brothers intended–in movie theaters, both the mainstream venues that showcased the latest from La La Land, and the art houses that were more numerous in days gone by. They gave me a thorough grounding in current and classic cinema from all over the world and from the silents to the latest cutting edge Hong Kong flick.”

She is a member of the Women Film Critics Circle, as well as the San Francisco Film Critics Circle, and has been heard on non-commercial syndicated radio since 1996, and on British Forces Broadcasting throughout the world. Currently, she is the Movie Chick on KGO-Radio’s Maureen Langan show,  her series, Behind the Scenes, is part of PRX.org with over 350 episodes, and she contribute reviews to The New Fillmore.  Both Rotten Tomatoes and the MRQE link to her site, KillerMovieReviews.com, making the world safe for film lovers since 2002 with reviews and interviews. Read her other reviews and interviews for EDF.