The French say that appetite comes with eating. And after a few weeks devoted to wholesale viewing of films both new and (occasionally) old at Telluride, Toronto, and New York, I’m looking forward to the 39th edition of the Mill Valley Film Festival, which begins on October 6th and runs through the 16th, as though I was a thirsty woman in the desert who spotted an oasis in the near distance. More! More movies! More! 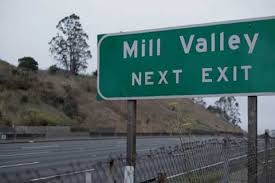 Mill Valley benefits from its place on the festival calendar: its fall timing means it can cherry-pick from the big festivals earlier in the year: Sundance in January, Berlin in February, Cannes in May. And it’s also well-positioned (both in timing and in proximity from LA, an hour’s flight away) for studios working on their end-of-year Oscar campaigns.

There’s a sort of fetishism of Premieres in the film festival world – the World Premiere being the top dog (never before exhibited), followed by International Premiere (not exhibited outside country of origin), and a whole host of others (European Premiere, North American Premiere, and on and on). I for one could care less how often a movie has shown in festivals before I see it – I’m most interested in seeing it with a sympathetic audience, which is one of the main reasons for seeking out film festivals. If I don’t see movies in a festival context (mainstream commercial ones even more than arthouse fare), I am pretty much doomed to see them among a few fairly disinterested souls (if I judge their interest by how often they check their devices. A phenomenon I’m even faced with nowadays at the Pacific Film Archive).

It’s fun, of course, to see a movie without expectations (or knowledge of its cast, plot, best lines!). Then there’s the matter of reverse expectations: anticipation ran high in me for two films that are currently on the festival circuit, Kenneth Lonergan’s Manchester by the Sea (showing in Mill Valley on October 12th and 15th), which debuted at Sundance in January, and Maren Ade’s Toni Erdmann (playing at MVFF on October 8th and 13th), which had its premiere at Cannes in May.

Too high, it seemed, for although I admired Lonergan’s film (seen at a tribute to star Casey Affleck in Telluride), it didn’t transport me the way I’d hoped. And Toni Erdmann was a major disappointment, since people whose taste I admire had told me it was their favorite movie at Cannes. I found it verging on distasteful, not being a big fan of the comedy of humiliation, nor the premise that kooky or crazy people can teach us about ourselves. (I did enjoy its satire of capitalism running amok in recently socialist countries. But it reminded me of a friend’s motto: that German comedy is an oxymoron.) And, despite the fact that I like nothing better than a long movie when I’m enmeshed in its rhythms, I found them both (at 2 hours 15 minutes for Manchester, and 2 hours 42 minutes for Toni) too long.

I approach the fall festivals with an obsessive (I want to see everything!) but insouciant attitude, of the “If I miss it in Telluride, I’ll see it in Toronto,” ilk. Of the movies I managed to see in both places (with a quick pass at the New York Film Festival, where I managed to pick up a few more screenings) there are several I can whole-heartedly recommend showing in Mill Valley.

The Eagle Huntress, a gorgeously shot documentary about a young girl who wants to undertake a traditionally male profession, showing October 9th and 10th; Moonlight, the assured second film from local favorite Barry Jenkins, about a black man growing up and discovering who he is, showing October 10th and 13th;  Bleed for This, a remarkable engrossing story based on middleweight boxer Vinnie Pazienza, featuring Miles Teller and a nearly unrecognizable Aaron Eckhart, present on October 15th for his Spotlight presentation; Gimme Danger, Jim Jarmusch’s propulsive documentary about Iggy and the Stooges (October 14th and 15th);I, Daniel Blake, a typically charming and heartfelt social drama by Ken Loach which won the Palme d’Or at Cannes, perhaps more for his body of work than for its own merits (though they’re considerable), playing October 11th and 14th;

Jackie, Pablo Larrain’s film starring Natalie Portman as JFK’s young widow, unfortunately programmed against the very anticipated closing night film Loving, about the interracial couple (incarnated by Joel Edgerton and Ruth Negga) who took their quest to be legally wed all the way to the Supreme Court (both playing October 16th, Closing Night).

Films of the second rank: A Quiet Passion, from personal favorite Terence Davies, but a trifle over-stylized, starring Cynthia Nixon as Emily Dickinson, the radiant Jennifer Ehle as her sister, and Davies’ own sonorous narration, showing October 9th and 11th; The Pleasure is Mine, a well-acted Mexican film about a relationship enduring complications in a picturesque country house, playing October 9th and 10th;

Lost in Paris, an adorable but slightly twee comedy about the collisions, romantic and otherwise, of an awkward Canadian tourist and a Parisian bum, playing October 13th and 14th; Paris Can Wait, Eleanor Coppola’s narrative film directing debut, a semi-autobiographical story in which Diane Lane endures an unexpected couple of days of gorgeous French countryside and fabulous French cuisine en route from Cannes to Paris with a wily French seducer who is not her husband, showing October 15th and 16th;

And hotly anticipated and not yet seen by me: Opening night’s October 6th screening of Denial, Holocaust denier Timothy Spall suing Rachel Weisz for calling him one; Japanese auteur Hirokazu Kore-eda’s After the Storm (October 7th and 10th);

Paterson, Jim Jarmusch’s new film about a poet/bus driver, played by Adam Driver (October 7th and 11th);  Lion, showing once only (October 9th) as part of a tribute to Nicole Kidman, based on a true story of an Indian-Australian (Dev Patel), adopted by Kidman, who attempts to find his long-lost, far-flung birth family; Neruda, Pablo Larrain’s biopic about the Chilean poet/politician, shown October 10th as part of a Spotlight on Gael Garcia Bernal, and repeated on October 16th; A Man Called Ove, a Swedish film about a cranky guy and the Iranian family who befriends him (October 10th and 13th); Things to Come, winner of Best Director in Berlin for Mia Hansen-Love, starring Isabelle Huppert as a professor re-assessing her life (October 11th and 13th); Certain Women, festival favorite Kelly Reichardt’s latest, starring Kristen Stewart, Michelle Williams, Laura Dern, and Gina Gladstone in adaptations of short stories set in Montana (October 8th and 16th);

The Ballad of Fred Hersch, an intriguing-sounding doc about a gay jazz musician (October 11th and 12th); Julieta, Pedro Almodovar’s latest, an adaptation of three Alice Munro titles (October 11th and 15th); Death in Sarajevo, the latest from Oscar-winning Danis Tanovic, winner of both the Grand Jury Prize and the FIPRESCI Critic’s prize in Berlin, set in a grand hotel in Sarajevo where the staff threatens to strike in in advance of a hundred-year commemorative event of the beginning of WW I (October 13th and 15th); Mifune: The Last Samurai, a documentary about the great Japanese actor (October 14th and 15th); Nelly, Canadian director Anne Edmond’s biopic about a scandalous Quebecoise author (October 13th and 14th); and the afore-mentioned Loving.

Of course, there are gems hidden in the MVFF program that will surprise me. I am a sucker for anything programmed under the rubric of Culinary Cinema (including documentaries about New Orleans restaurateur Ella Brennan and Chez Panisse veteran Jeremiah Tower). Mill Valley also features a number of intriguing concerts and panel discussions. Its several locations (San Rafael, Mill Valley, Larkspur) also offer a variety of pleasant dining and shopping opportunities. My only quibble? The unpredictable Richmond Bridge, an inevitable feature of my daily commute between October 6th and 16th. But the cinematic feast that awaits me on its other side makes the prospect not only endurable, but – at least en route – rife with anticipation. And, one hopes, sated on the return voyage.

Meredith Brody, a graduate of both the Paris Cordon Bleu cooking school and USC film school, has been the restaurant critic for, among others, the Village Voice, LA Weekly, and SF Weekly, and has written for countless film magazines and websites including Cahiers du Cinema, Film Comment, and Indiewire. Her writings on books, theater, television, and travel have appeared in the New York Times, the Los Angeles Times, and Interview. She also contributes an occasional column to EatDrinkFilms called “Meals with Meredith,” where she talks about food and film with filmmakers at restaurants in northern California.