The Movies of Summer 2016 That Get Away 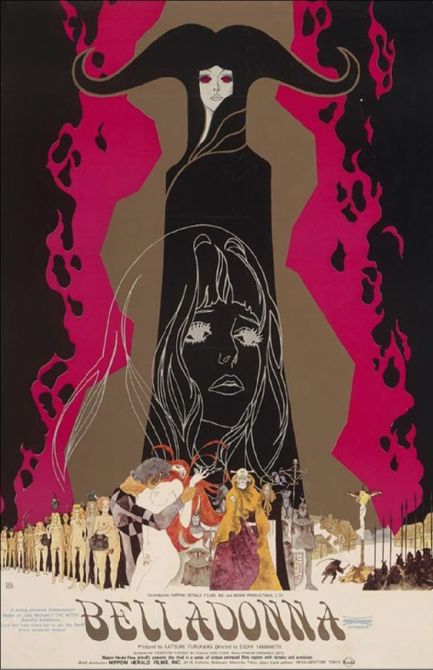 There is a relatively logical order to the release plans of major studio movies with a strategy game being played in hopes of avoiding splitting similar audience interests in a given week. Theses unwritten rules might include:

But the Art Film world can be the opposite. A few distributors have the ability to make a careful plan, but even then things can go wrong. Most of the companies releasing these movies roll out across the country as best as they can, given the high number of movies opening and the relatively few screens that play them. A blockbuster can be playing at competing theaters across the street from each other, but for many of the smaller films the potential audience must work hard to find cinemas showing them. 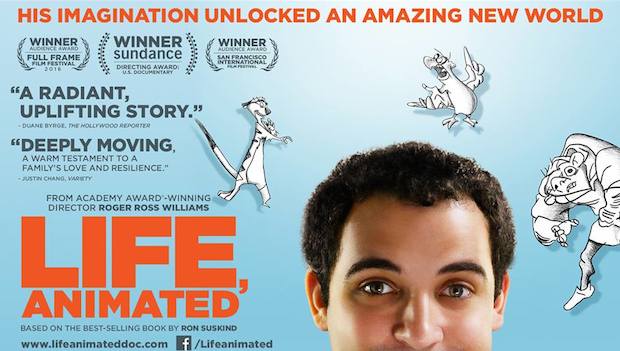 Some weeks more than 20 new movies open in New York—so many that the New York Times no longer reviews them all. Some are vanity releases where the filmmakers rent a theater so they can claim a “New York opening.” Others might be going directly to Netflix or another streaming outlet but will have a cursory booking to qualify for the Academy Awards or to satisfy the demands of the producers.

Reading the New York reviews can be fun, but it is a weekly chore to pick out those to follow in hopes they will make it to a cinema near you. In the process you come to realize how many terrible movies also get projected on a big screen somewhere. The reviews of those are often more entertaining than the films.

Even if they open in other cities after New York, there is no guarantee that local media will review them.

And I have not included “ethnic” audience releases from Mexico, China, Korea, Japan, the Philippines and especially India with at least one Bollywood film and a couple from other parts of the country often opening the same day as their home country. THREE WISE COUSINS, a New Zealand comedy with a special appeal to Samoan audiences, quietly opened around the U.S. It sneaked into San Francisco and Berkeley theaters this Friday. The Indian films play in a mixture of theaters only showing those movies (often with snacks like samosas at the concession stand) and some major chain multiplexes where a concentration of that audience lives. The others mostly show in the commercial plexes, again targeting a nearby population inclined to favor works from their homeland.

A new Bollywood film with superstar Salman Khan is a blockbuster in India and where it plays in the U.S. but hard to find in major cities.

A large number of worthy movies have opened this summer with many disappearing in seven days. You have to be fast. San Francisco’s Roxie Theatre opens at least two movies a week but they don’t always get reviewed so you have to be paying close attention.

If you live in a city lucky enough to have a small independent art cinema, sign up for their newsletter and check their website regularly. There is some fantastic programming going on. But much of it is scheduled for “one week only,” often one show a day. And some films play for one day as a special event.

Between attending film festivals and catching movies in cinemas I can recommend several movies that are playing this summer. Some may not yet have reached your community. If enough patrons request them they may screen or have a return engagement.

The one constant is that the theater operators need to cover their costs. But most of the rules have changed too. If you can put together enough paying customers, why not rent a theater for a showing of a movie you want to see? Make it a party or a fundraiser. You will have to work hard but the filmmakers might help you because they want their movie seen.

(The titles of each film below will take you to a website where there is often contact information plus upcoming theatrical showings and streaming or DVD release dates. If not check for a Facebook page.)

(Listed in alphabetical order minus “The”)

LES COWBOYS – The opening scene will catch you off-guard. Is this a French-speaking western? But we soon realize it is in France circa 1995 where devotees of the American west attend cowboy fairs offering horse rides and country music dances. When a daughter disappears, her father and brother set out on a decades long search to many countries, learning that she has converted to Islam. Thomas Bidegain, the screenwriter of A PROPHET and RUST AND BONE, makes a compelling directorial debut in his reimagining of John Ford’s THE SEARCHERS.

EAT THAT QUESTION: FRANK ZAPPA IN HIS OWN WORDS

If you were lucky enough to see Frank Zappa and The Mothers of Invention perform you certainly will want to see this hilarious and insightful montage of archival performance footage, news coverage and interviews with the articulate musician/provocateur. Highlights include his first clean-cut appearance playing music on a modified bicycle on The Steve Allen Show, his testimony against censorship when Tipper Gore tried to stop “obscene” music and the interview where Zappa explained that “bad words” are meaningless. This is not a probing documentary; Frank is allowed to be his own spokesman. He tells a reporter, “If you think ‘Will this make money?’, that’s not an artistic decision. That’s a business decision.” He stayed true to his artistic vision while always being the showman who knew how to get attention.

HUNT FOR THE WILDERPEOPLE– After years of foster care where he was always a troublemaker, a New Zealand city kid finds himself in a rural home with the caring Auntie Bella and a cantankerous Uncle Hec. Ricky adapts after a battle of wills. A tragedy occurs and social services plans to move him to another home. But Ricky and Hec disappear into the forest resulting in a major manhunt. The director of BOY and WHAT WE DO IN THE SHADOWS, Taika Waititi at times can be a bit silly but overall this is a very funny, often exciting tale that offers spectacular scenery and ultimately connects to our hearts. It should be on your list of “feel good” movies to see—best with an audience.

THE INNOCENTS– As World War II is ending a French Red Cross doctor is caring for survivors of Polish concentration camps. A nun comes to the clinic quietly pleading with Mathilde to go to her convent because several of the sisters are pregnant, the result of rapes by Soviet soldiers. Mathilde is a non-believer but becomes involved with the women and the challenge of keeping their situation a secret to avoid a disgrace for the convent. The struggle many of the nuns face about whether they want to be mothers or not and having second thoughts about this vocation add to the drama. Anne Fontaine (COCO BEFORE CHANEL, GEMMA ATHERTON) directed and co-wrote the story based on true incidents. Shown at Sundance as AGNUS DEI.

LIFE, ANIMATED– Based on the best-selling book by Wall Street Journal writer Ron Suskind about his son Owen, who at the age of three suddenly changed. His cognitive skills fell apart as his speech made no sense and he had difficulty walking; his emotions were frightenly unpredictable. A diagnosis of pervasive development disorders indicated that he might be dependent on others for the rest of his life. As his loving and patient parents try to make the best world for their son, a revelation comes when they realize that he has memorized the dialogue from Disney animated movies. This provides an opening to communication that allows them to understand him. Owen is empowered to work with other autistic youth, leading him on a path to an independent life and work helping others. What could have been a sappy documentary is instead a profound and inspirational work that both entertains and informs us.

THE LOBSTER – Certainly the strangest movie of the summer will make you laugh, uncomfortable, curious and puzzled, all intended by the filmmaker Yorgos Lanthimos (DOGTOOTH). You will no doubt be highly entertained and emerge from the experience wanting to talk about it immediately—and in subsequent days. An absurdist speculative fiction comedy about a world where single people have 45 days to find someone to love or they will become an animal of their own choosing. People travel to a hotel to find a mate or face the alternative. Some, including David (Colin Farrell), try to escape. He meets and is attracted to a stranger (Rachel Weiss) in a rebel faction. The cast also includes John C. Reilly, Léa Seydoux, Ben Whislaw and Olivia Colman. You can’t turn away even if at times you are asking yourself, “What is going on here?”

LOVE & FRIENDSHIP – Whit Stillman (BARCELONA, THE LAST DAYS OF DISCO, METRPOLITAN) would seem an unlikely choice for creating a fresh and racy comedy from a Jane Austen work. And that is part of why this is such a pleasure. Kate Beckinsale is perfect as Lady Susan, a recent widow with no financial means. She has schemes to change that and her American friend, Mrs. Johnson (Chloë Sevigny) is the perfect partner in making the plans. I do not want to spoil the fun. The less you know going in, the better time you will have.

Read Part Two with nine more films and a list of those I look forward to catching soon.

Tell us what you have liked—or not—on the EatDrinkFilms Facebook page.

Gary Meyer started his first theater in the family barn when he was twelve years old. He directed a monster movie there, and wanted to show it on the set. It became The Above-the-Ground Theatre, where over 250 films were screened, along with live productions, workshops and the publication of a literary/arts/satire zine, Nort! and a film newsletter, Ciné.  After film school at SFSU, his first job as a booker for United Artists Theatres was a “grad school” that prepared him to co-found Landmark Theatres in 1975. It was the first national arthouse chain in the US focused on creative marketing strategies to build loyal audiences for non-Hollywood fare. After selling Landmark, he consulted on many projects, including Sundance Cinemas and the Brooklyn Academy of Music’s Rose Cinemas; created the Dockers Classically Independent Film Festival and Tube Film Festival for the X Games; and resurrected the 1926 Balboa Theatre in San Francisco. Meyer joined the Telluride Film Festival in 1998, becoming a Festival Co-Director in 2007-2014.  He founded the online magazine, EatDrinkFilms.com in April 2014, and is preparing the EatDrinkFilms Festival for Summer, 2016 with a national tour to follow. A day of food films will be presented as part of Food Day on October 24 in San Francisco.