A live drinks and draw event on Thursday. Each month, ten artists are selected to come enjoy happy hour and draw, then sell their creations on the “art wall” available on the cheap. 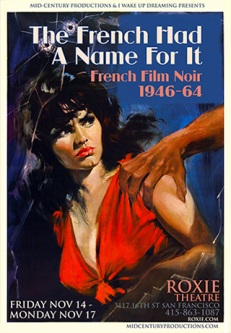 THE FRENCH HAD A NAME FOR IT: CLASSIC FRENCH NOIR—REDUX

The Roxie’s festival of French Noir was a tremendous hit and to give audiences a chance to see the shows they missed, the program will return this week. Click here for the full shedule. 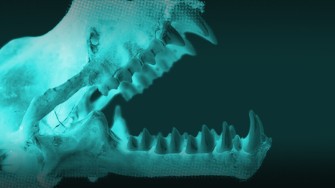 BITELIFE AT THE ACADEMY OF SCIENCES

THE MAN WHO SHOT LIBERTY VALANCE at the Paramount

Friday night at Oakland’s fabulous art deco Paramount brings a classic western, a cartoon, newsreel, previews and prizes all for $5!

James Stewart, John Wayne and Lee Marvin are teamed together for the first time by Academy Award winning director John Ford in a tale of ethical quandaries, with the film’s biggest quandary answered in a lie!

BART across the street. 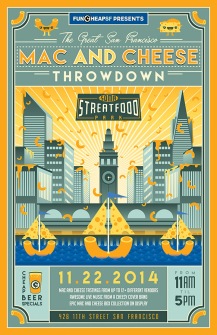 Come experience the biggest Mac and Cheese Festival in SF, with 10+ of the best food trucks and pop-up vendors serving up delicious Mac and Cheese specials all day long. Ratchet up the Cheese factor with music from a Cheesy cover band, cheap beer specials, games, and much more! Saturday in SoMa.

NEW ITALIAN CINEMA at the Vogue

Continuing their Fall season, the San Francisco Film Society presents several distinct elements including the first-ever animated feature, an Italian production entirely in Arabic and a suspense-oriented film in the giallo tradition, among other impressive first or second features with many filmmakers in attendance.

This weekend starts a month-plus series of great Hollywood Holiday Movies with Meet Me In St. Louis  and Our Vines Have Tender Grapes . Always the best archival 35mm prints.

In the first film Judy Garland, Margaret O’Brien, Leon Ames and Mary Astor are a family living in St. Louis during the 1904 World’s Fair. Based on Sally Benson stories in The New Yorker, it was directed by Vincente Minnelli who met Garland on the set and later married her. She sings “The Boy Next Door,” “The Trolley Song” and “Have Yourself a Merry Little Christmas” that went on to become hit pop standards.

Our Vines Have Tender Grapes follows a Wisconsin farming family — the struggles and rewards of rural life. Martinius Jacobson (Edward G. Robinson) is a humble Norwegian farmer, working his small farm with only the help of his wife, Bruna (Agnes Moorehead), and his young daughter, Selma (Margaret O’Brien—she’d back!). Selma and her cousin, Arnold (Jackie “Butch” Jenkins), witness many dramatic episodes over the course of a year, including a neighbor’s barn fire, a raging flood and a memorable Christmas scene. 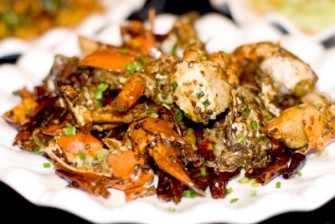 Oakland’s Homestead Restaurant (in a 1920s Julia Morgan building) will be hosting a Crab Feed on Wednesday, November 26 from 3:00 to 9:00 p.m. The menu will include grilled Dungeness crab in the shell, green salad, roasted potatoes, Brussels sprouts and house baked sourdough bread, all with lots of drawn butter, lemon, and sauces, plus a pomegranate sorbet with gingersnaps for dessert. 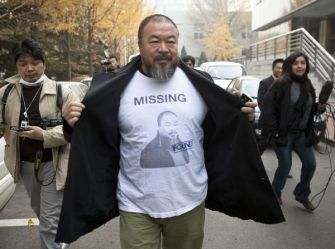 Though Ai Weiwei’s new art project, @LARGE, is on Alcatraz, he would be the first to admit no man is an island. A Pacific Film Archive series in solidarity, I’m Weiwei addresses many of the issues that confront this great Chinese artist—basic human rights, free expression, incarceration, abuses of state power—but it does so by examining how an individual’s personal principles connect to a greater cultural good. A half-dozen innovative documentaries offer portraits of men and women who have found themselves actively engaged, whether in response to unexpected circumstance or as a result of a calculated allegiance to a cause. 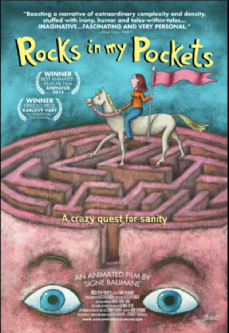 ROCKS IN MY POCKETS

“Signe Baumane presents a sharp, surprising and funny animated feature, plumbing the depths of depression via her family history. Guided by Ms. Baumane’s almost musically accented voice-over, this hand-drawn debut feature is based upon the mental struggles of her Latvian grandmother and other relatives. It’s told with remorseless psychological intelligence, wicked irony and an acerbic sense of humor.” –Nicholas Rapold, NEW YORK TIMES 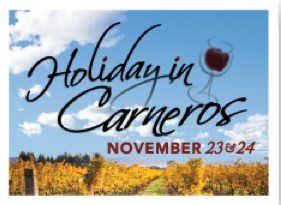 Join the wineries of Carneros, at the southern end of the Sonoma and Napa Valleys, for this exciting multi-winery open house event. Taste wines, including new releases and exciting bottles pulled from our cellars, and fill your cellar with your favorites, some at special pricing! 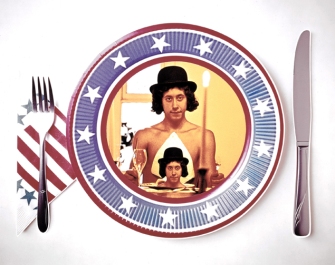 “You can get anything you want at Alice’s Restaurant .” Arlo Guthrie’s shaggy dog tale/song became a classic movie directed by Arthur Penn. The folks at the Balboa Theatre offer a free showing on Thursday at 7:30 as their thanks to San Francisco for supporting independent cinemas.