We have brought back some of our favorite images, videos and music from our last version of this celebration and added new finds and fun. You will find music, food, drinks, photos and more. From Frank Sinatra, Judy Garland and Ella Fitzgerald to Chuck Berry, Etta James, The Ramones, L’l Nas, Nina Simone, and watch The Grateful Dead’s New Year’s Eve 4+ hour concert to close Winterland following a collection of Dead NYE concert posters. There are superheroes, favorite cartoon characters, movie stars from the silent era onwards, comedians including Lucille Ball, Jack Benny, Laurel & Hardy and the Three Stooges plus how to  countdown to midnight with Star Wars.

You might celebrate by watching a great music concert or film. Though not one of Chuck’s many New Year’s Eve concerts, the movie HAIL HAIL ROCK N’ ROLL would be a perfect choice with Berry in top form backed by some of the world’s great musicians.

Wake Up kids! And listen to some classic New Year’s Standards with Guy Lombardo, Spike Jones, Bing Crosby and many more including classic radio bits with Lucille Ball and Jack Benny.

Read Marissa Rothkopf Bates on “The Weird World Of New Year’s Eve Food” in Newsweek. You will be amused and/or shocked and maybe want to start your own traditions. For example:

“Nowhere does luck seem luckier than in Germany and Austria, where a confectionary figure known as a geldscheisser positively excretes fortune from his marzipan bottom for the New Year. Also popular is the glücksschwein, the fortuitous pig again, this time in marzipan form. For the best fortune, it’s wise to grab a piece of his bottom and make a wish.”

Certain countries, especially in Latin America, believe that the color of your underwear can bring good things to you in the next 12 months. Yellow is for luck, red is for love and white undies bring peace.

“Considered one of the best movies about Hollywood ever made, Sunset Boulevard reaches an emotional peak at a New Year’s Eve party with only two guests. Joe (William Holden), a screenwriter, reluctantly moves into the mansion of a reclusive silent film star whose career has dwindled, to work on a script for her. At the New Year’s Eve party that Norma (Gloria Swanson) throws specifically for Joe, and only for Joe, he learns that her feelings for him have grown romantically. Sunset Boulevard captures the loneliness of New Year’s Eve.”

35 New Year’s Eve Movies to Watch Before, During, or After the Countdown according to Oprah Daily.

From the destruction of the Death Star to the end of Thanos, here’s how to sync a New Year’s countdown with iconic movie moments. Find out how–here.

Watch the Ramones give New Year’s Eve a proper punk makeover back in 1977 and read about it on Far Out.

Do you have six TVs or monitors. Sync them up for six different STAR WARS countdowns. 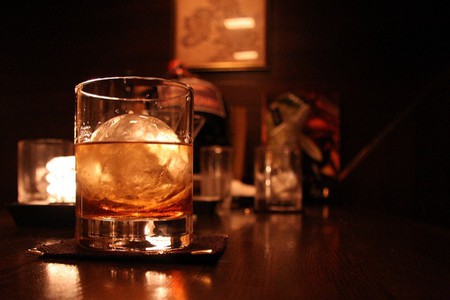 “Something to toast the new year with. To celebrate Hogmanay, the Scottish word for New Year’s Eve celebrations, the first person to cross the threshold of your house is supposed to bring gifts symbolising good luck for the coming year. Scottish whisky will bring a merry year ahead, the spiced fruit cake Black Bun ensures that you’ll have food enough to prosper and a lump coal represents warmth and fuel for the new year. The gifts are meant to be carried by a tall, dark and handsome man for a truly auspicious start to the year.”

From Culture Trips’ “11 New Year’s Eve Food Traditions From Around The World That Will Make Your Mouth Water.”

Nothing quite like celebrating New Year’s Eve with the Grateful Dead.

If Jim Backus & Friend don’t get you giggling, try this.

To read the article go here

Etta James and the Grateful Dead do “The Midnight Hour” starting at the 47min time code.