Ever since audiences fled for their lives seeing the Lumière’s Train Entering the Station in 1895, filmmakers have been trying to bring cinema audiences into the action. I recently saw two such examples.

Gone Gone Beyond is a one-hour 360-degree cinema collage presented by Recombinant Media Labs CineChamber. It is showing in San Francisco at the Gray Area through Friday, May 27.

My screening was introduced by CineChamber director Naut Humon. The viewers are all simultaneously ushered into a room with chairs around the perimeter, though they are encouraged to sit on the floor for maximum effect. It’s presented on 10 screens, which since it’s a 360° presentation you might assume would be arranged in a circle but instead it is a rectangle so you get three flat screens on two walls and two screens on the adjacent walls. The imagery does truly surround you, in most cases, seamlessly. And there was no cheating, no mirroring of one wall onto another or repeating images except when it was thematically necessary.

The creator of the work is British artist Vicki Bennett (People Like Us) who spent five years creating Gone, Gone Beyond. She has juxtaposed disparate scenes from classic films like Julie Andrews singing “The Hills Are Alive” but with a napalm induced fire from Apocalypse Now superimposed behind her. Juxtaposing scenes from old films is nothing new, Bruce Conner and Chuck Workman energized old films by editing them in unexpected ways. But Bennett’s work is a complex merging of pieces, very precisely done.  It is engaging and compelling yet a bit overwhelming at the same time.

Bennett told Hito Steyer of Clot Magazine that she is interested in going beyond recontexutalizing pop culture and nostalgia to “make experiences psychedelic, to create and reflect magic and wonderment. I have been a collage artist for over 30 years, using footage as my raw material, as my palette – but having said that, everything has a previous and later source; it’s all non-linear when out of the present. I’m more like a director and editor, but call myself a redirector and decomposer, because I cut and converse things into one another, exposing the skeleton beneath, taking things out of time by having them talk to each other, in ways not possible in ‘real-time’ life. Some of the footage is short or animated or we photoshopped it ourselves, and some are well-known preexisting footage.”

You have freedom to sit or stand wherever you like, even walking around to see how the audience merges with the experience.

The audio is just as skillfully layered, as Julie gently throws stones into a pond, the splashes are replaced with the sounds of bombs. Snatches of pop music from decades ago are layered, sometimes with the pitch changed slightly to make the tunes vaguely familiar but not always identifiable. Just when you think you recognize a piece it is engulfed in a wave of other music and sound effects.

Bennett further explains, “The aim is to get beyond the novelty aspect; it is not enough to just present a showcase for surround A/V. I want people to forget the screens, and if they are interacting, it’s with each other and what’s beyond the screen. The audience is important because they help create the atmosphere, and we have the rare opportunity to face other people and watch their eyes and gestures, hands pointing, heads turning. I think it works pretty well.”

On the technical side it is a very sophisticated work, the seams are difficult to detect and the images often involve dozens or even hundreds of layered images, all cleanly and professionally composited. Even though there are no discernible plots or characters, there are enough surprises and visual treats to keep your eyes on as many of the ten screens as possible for the entire hour.

“This was the point where I started dreaming scenes that I then wrote down, and we tried to recreate. The CineChamber concept is ‘VR mindset without the headset’, to quote Naut Humon, who conceptualized the CineChamber structure. It’s a shared space where the audience is actually a part of the piece because of the infectious interaction and pointing and turning; it’s a naturally social artform without the need for any social theme,” the filmmaker concludes.

Hollywood Jumps Into The Picture

Emersion is not overlooked by the bean counters in Hollywood. They have never stopped trying to make moviegoing an event that cannot be replicated in your home. 3D, Cinerama, Imax, surround sound, and widescreen formats have all played their part. And in the last several years a South Korean company has been spreading its version of immersion throughout the world. 4DX has introduced moving seats, wind, water, smoke, smells, strobe lights, and snow into the mix. And despite the 4 before the D, they show films in both 2D and 3D. So, seeing a movie becomes more like a theme park attraction, but without the long lines. Obviously, you wouldn’t want to see a serious drama with all that, nor could you since only action films get this treatment.

I first was exposed to this in Tokyo back in 2016 for the popular anime One Piece Film:Gold. Since then, I’ve seen this treatment for Jungle Cruise, Shang-Chi And The Legend Of The Ten Rings, and most recently Doctor Strange In The Multiverse Of Madness. It’s not cheap, it averages around $20, and I’d do it again.

There are various other attempts to draw the audience in and they can be confusing. MX4D is a similar system that comes from America, it has moving seats and environmental effects. And there is 4D.  You can get just the motion-enabled seats synchronized to the movie in a process called D-Box which is a haptic motion technology system also used for gaming, theme parks, simulation, and training. Cinemark XD contains the same letters but don’t be misled, it’s just a large screen, in the promotion it says “and digital projection”, but nowadays that’s like saying the film has sound. And there is still the big screen standby Imax, which can incorporate 3D and features high quality sound. There is also Screen X, a process that uses multiple projectors to preset films at 270°. Apparently, the images on the sides are projected on walls, that additional imagery is either shot during principal photography, as Cinerama did; or added in post using CG set extensions, which must be a costly addition.

As we all celebrate the reopening of theaters after a 2-year hiatus, and studio’s attempts to lure audiences away from their home streaming platforms, we can all benefit from the shiny new bells and whistles that accompany cinema presentation innovation…if we can afford it. 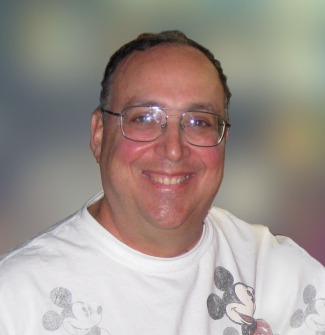 Steve Segal ran a studio in Richmond, Virginia in the 1970s making commercials and educational films. He also created several independent short films which have won awards at film festivals and been included in theatrical packages. Steve has been teaching animation for over 40 years. In 1986 he used an early computer program to plan scenes for the animated featureThe Brave Little Toaster. He worked as an animator on PeeWee’s Playhouse and made an animated musical film for Sesame Street. At Pixar he animated on the feature films Toy Story and A Bug’s Life, the theme park attraction It’s Tough to be a Bug, and the Oscar winning short film Geri’s Game. He has previously written for EatDrinkFilms.