That startling experience made me wonder:  Did my vote registration vanish because of Interstate Crosscheck, a racist voter suppression campaign, backed by the Koch brothers and Kris Kobach, that took almost 1.2 million voters of color off the rolls according to journalist Greg Palast, in 27 Republican-led states?

Or did my vote registration vanish due to the e-vote behemoth ES&S (Election Systems & Software) or the hacking of state voter databases by the Russians?

I learned some startling voting details about other states.  The Hill reported in December 2016 that North Carolina had ratings “so poor on the measures of legal framework and voter registration that it tracked closely with those in Iran and Venezuela. The state got a score of 7 out of 100 for the integrity of voting district boundaries.” According to the report, “North Carolina was the worst state for unfair districting in the United States and the worst ever analyzed in the world, according to Harvard University’s Election Integrity Project (EIP). These ratings mean that the state can no longer be considered a democracy.”

My frustration at having my own Voter Registration disappear from the rolls when I went to vote set me on a hunt for answers and resulted in my creating an animated short to share my discoveries.  It was an interesting journey that led me to speak with Election Integrity Researcher Greg Palast’s office, hunt through Verified Voting’s online resources, and scour articles in the New York Times and the alternative press for bits of knowledge about our country’s secretive voting system.

I came away with the conclusion that our democracy is extremely troubled. Most people have no idea if their vote was counted as they cast it.  Because there are no recounts of Electronically cast (Direct Record Equipment or DRE) votes, any election using DRE’s cannot physically conduct a recount:  the winner in elections is decided by the vote machines.  My process of vote sleuthing has led me to believe that Universal Mail-In Ballots might be the only way to save our troubled democracy. Why?

Consider that only paper ballots can be recounted.  Electronic vote machines are notoriously hackable and their software is secret. Oregon Senator Ron Wyman first proposed the idea of Universal Mail-In Ballots in 2020, in case a significant portion of the country was unable to vote due to a natural disaster (i.e. Covid). It didn’t pass.

Confidence in the integrity of our elections has been eroding since the Help America Vote Act HAVA first ushered in electronic vote machines in 2000. Given that roughly 70% of the West Coast votes by mail (Oregon is one of eight states that has All-Mail elections), it seems Universal Mail-in Ballots could be what restores confidence in the accuracy of elections.

Don’t take my word for it, though.  The threat of Universal Mail-in Ballots caused Lindsay Graham to infamously confess on Fox News (11/8/20), “If we don’t do something about voting by mail, we’re going to lose the ability to elect a Republican in this country.”

The short animated film, My Vote Registration Vanished in 2016 is an Official Selection of the Cinequest Film Festival, which runs Virtually April 1-17 and in-person in August 2022. 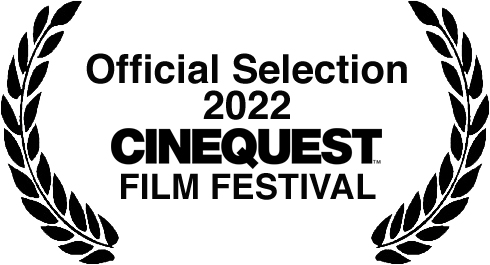 To view it go here.

Sign up with the Cinequest Creatics above portal link.  $1.99 for the short also includes:

– a slideshow that includes information about increasing the chance of having your vote counted, written in collaboration with the Co-Chair of the National Voting Rights Task Force.

Ashia Lance is an educational psychologist and an award-winning screenwriter, documentarian and musician.  She is a writer in the Harvardwood Writers Program and a Fall 2021 recipient of the Chao Seat for the Sagansky/Harvardwood TV Module, given by Angela Chao, CEO of Foremost Group and Co-Chair of The Asian American Foundation Advisory Council, to support Harvardwood Asian-American artists and their work.

Ashia’s directorial debut, Underdogs, a short documentary about homeless dogs transformed into adoptable animals through the training efforts of prisoners, will be released in 2022.

She recently reviewed the Oscar-nominated Attica plus interviewed director Stanley Nelson  and the director of the Oscar short-listed Simple as Water, Megan Mylan.

(Images are from the film My Vote Registration Vanished in 2016  courtesy of Ashia Lance.)