Its running time is just 87 minutes. It has only three main characters. Its filming locations were confined mostly to downtown Los Angeles and studio soundstages. 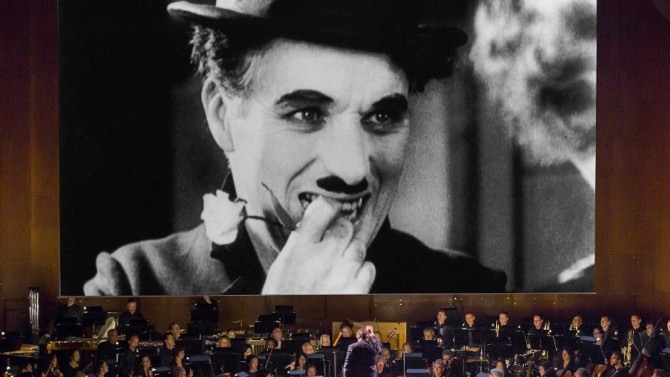 But in its way Charlie Chaplin’s 1931 film City Lights qualifies as an epic—and so does the story behind the San Francisco Silent Film Festival’s one-night-only presentation of this silent masterpiece, accompanied by the Oakland Symphony under the direction of Timothy Brock, at Oakland’s Paramount Theatre on Saturday, February 19.

If you’re looking for an excuse to emerge from pandemic restrictions and be enthralled by a movie that celebrates resilience and human connection—all without a word of spoken dialogue—this is it. If you’ve been craving live professional music, you’re in for a special treat.

“You don’t need to be a devotee of silent film to love City Lights,” says SFSFF’s artistic director, Anita Monga. “It’s the quintessential film that can make fans of people who have no knowledge of silent films or who aren’t even aware of a desire to see one.”

The plot of City Lights is simple: Chaplin, as the Little Tramp, encounters a blind flower seller and determines to save her and her grandmother from being evicted from their home. He tries, and fails at, many preposterous schemes, some of which involve his unlikely friendship with a drunken millionaire. There’s an immensely satisfying—and poignant—ending. 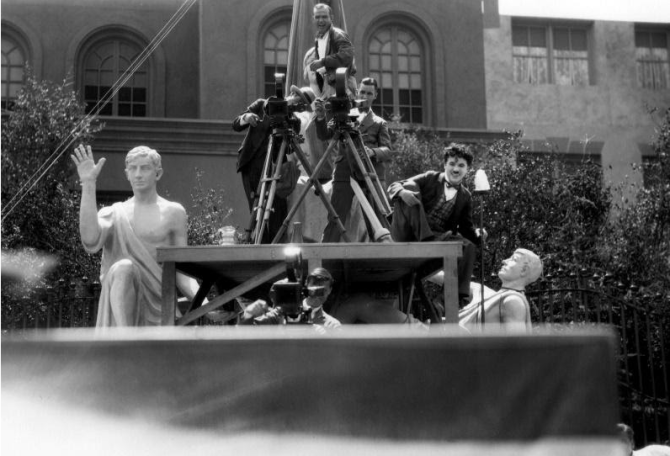 But Chaplin, who was famous for his perfectionism, didn’t see any of it as simple. As was his custom, he shot without a script. The film’s production stretched over 683 days—in an era when most movies were completed within five to eight weeks. Chaplin hired, fired, replaced, and rehired the actress who played the flower seller and with whom he maintained a frosty relationship. (She’d had no previous acting experience.) He re-shot the three-minute scene in which the Tramp first buys a flower. And re-shot it. And re-shot it again. Three hundred forty-two times.

By the time the film premiered in January 1931, “talkies” had replaced silent films, which were now deemed relics. But Chaplin had insisted that introducing dialogue would shatter the fantasy of his globally famous Little Tramp character. (His 1936 film Modern Times was also silent.) He even made minimal use of intertitles. Instead of words, City Lights has music—a lush, evocative, witty orchestral score composed by Chaplin himself with the help of a “musical associate,” Arthur Johnston. (Chaplin needed the assist because although he was proficient on piano, violin, and cello, he’d never learned to read music.) The score—Chaplin’s first for an orchestra rather than a small ensemble—was recorded, synchronized with the film, and released as a non-talking sound film. “Interestingly, Chaplin never heard any of his compositions done live in front of the screen, because they were all written for recording,” Timothy Brock told an interviewer in a 2012 Criterion Channel documentary, Music by Charles Chaplin. 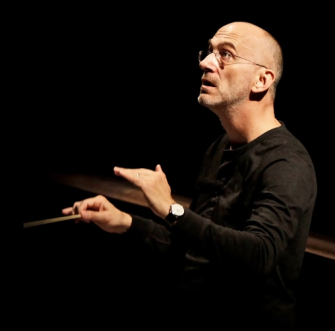 Brock, who lives in Bologna, Italy, will travel to Oakland to conduct the February 19 program at the Paramount, arriving a couple of days in advance to rehearse the orchestra. A composer of music for silent films since 1985, when he was 23, he was contacted in 1998 by Chaplin’s heirs about restoring the score for Modern Times; since then, he has restored 11 additional Chaplin scores, including City Lights. “Musical score restoration for silent films means getting it as close as possible to how the director intended it,” Brock told the Criterion Channel. Not all of the score was on sheet music: Brock has found musical instructions and scraps of musical notation on the backs of restaurant menus and laundry receipts.

Why bother? “The reason you restore a Chaplin score is because you want to do it live,” Brock says. And for the San Francisco Silent Film Festival, live music is non-negotiable. (With City Lights, securing permission from the Chaplin estate was also mandatory.) “Our whole mission is silent film with live accompaniment,” Anita Monga told me. “Which means the venue is critical to what we do.” 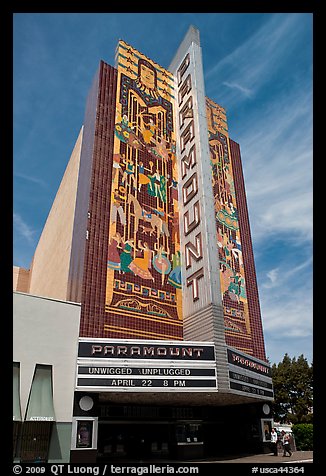 For City Lights, that means a theater with a pit large enough to hold 35 musicians, the capacity for 35mm projection, and access to public transportation. The SFSFF’s official home theater, the Castro, was ruled out: it can accommodate only small musical ensembles. Besides, it hasn’t reopened for regular movie screenings since the March 2020 Covid shutdown.

That narrowed the choices to one: the Paramount, where the SFSFF had presented hugely successful screenings of Abel Gance’s 1927 Napoleon over two weekends in March 2012. But the Paramount is popular with many other groups, and when City Lights negotiations began last summer, the theater was available only in March 2022, when Timothy Brock had other conducting commitments. So Monga and SFSFF got permission from the Chaplin estate to use Michael Morgan, the Oakland Symphony’s respected musical director instead. Then, in August 2021, Morgan died unexpectedly.

“We were suddenly back to square one,” says Monga. “Luckily, that’s when someone else gave up the February 19 date at the Paramount. And fortunately Timothy Brock had a lull in his schedule then. Everything lined up.”

Also lined up: Covid precautions (vaccination and masks required for performers and audience members). The program is dedicated to Michael Morgan. 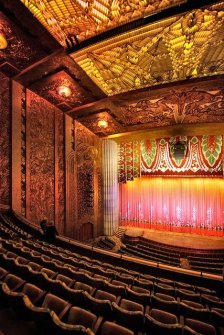 Become a member of the San Francisco Silent Film Festival and get a discount.

EatDrinkFilms readers can use the discount code below when ordering your tickets for CITY LIGHTS at the Paramount Theatre, on Saturday, February 19. You can purchase tickets here. (Service charges may apply)

Once you enter your discount code, you will receive a five dollar discount off each ticket. You can order up to two tickets using this code.

DISCOUNT CODE: Tramp    **Important: In order to use the discount code you must select Unlock on the first page of the Ticketmaster website**

See below and our City Lights Gallery for more interviews, behind the scenes and surprises. 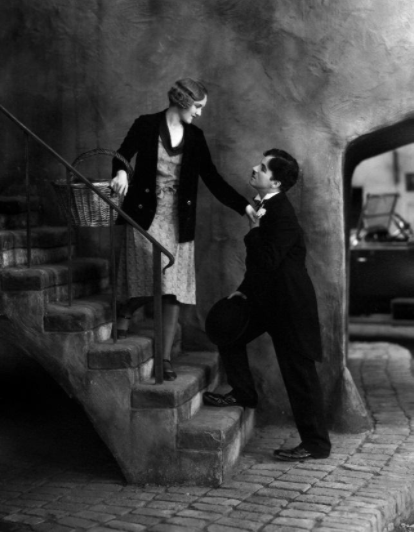 Virginia Cherrill as the flower seller and Charlie Chaplin as the Little Tramp. ©Roy Export Company.

Nancy Friedman is a writer and branding consultant in Oakland. A former newspaper and magazine journalist, she now contributes regularly to Medium, the Visual Thesaurus, the Strong Language blog, and her own blog, Fritinancy. Follow her on Twitter and Instagram.

You will find hours of fantastic clips, photos, interviews, articles and merchandise at the Official Charles Chaplin website created by the Chaplin estate.

It is possible that more has been written about (and by) Chaplin than any other movie star. The Chaplin site lists dozens of books (including comics book adventures of the Little Tramp)as well as all legal videos (beware of poor quality “public domain” dupes).

All images from Chaplin films made from 1918 onwards, Copyright © Roy Export S.A.S