In conversation after a watch party for A CONCERTO IS A CONVERSATION, co-subject and co-director (with Ben Proudfoot) Kris Bowers said that part of the reason he wanted to make the film because the Emmy™-winning composer thought his grandfather, Horace Bowers, Sr., was a hero. A hero who should be celebrated. He also wanted to have an in-depth conversation with him while the 91-year-old was still with us. The result is a tender and intimate portrait of strength, joy, and how family shapes us.

Both their stories are told. Kris’ destiny as a musician was determined by his parents who played classical music to him while he was still in the womb, and then made sure he has every opportunity to follow their dream, which became his as well. It paid off. His accomplishments as a composer include music for the film GREEN BOOK, and the series’ DEAR WHITE PEOPLE and BRIDGERTON.

Horace’s story was much different. Born in Jim Crow Florida, he was determined to leave as soon as he was able, hit 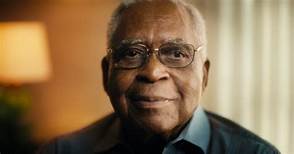 chhiking to wherever the driver was going as long as it was north, and ending up in Los Angeles because it was the first bus leaving from Detroit when he found out how cold the winters were. Once in Los Angeles, he discovered a whole different kind of Jim Crow, but through ingenuity and a spirit that refused to entertain the possibility of failure, he didn’t just survive, he thrived. Within five years, he owned his own dry-cleaning business and had started a family. 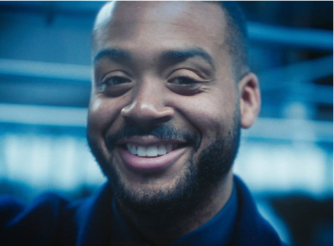 The framework is Kris debuting a new concerto at the Walt Disney Concert Hall. Between clips of Kris’ childhood, archival footage of the Jim Crow south, and Horace pressing the suit that Kris will wear, they speak into the Interrotron. That specialized camera invented by documentarian Errol Morris, allows the speaker’s face to fill the screen without being distracted by the interviewer’s presence. The effect is to remove all barriers between subject and viewer, and in this case, allows us to bask in the full force of Horace’s great warmth and soothing soul. When he speaks of the indignities that were heaped upon him because of the color of his skin, the resentment is still there, but no trace of rancor. If there is an example of the old saw that living well is the best revenge, he is the embodiment of it. Kris’ face is the embodiment of hero worship and love.

Kris more than fulfills his mission to show us his grandfather through the younger Bowers’ eyes. In 13 minutes, 13 minutes!, he has told more than just the story of his family. He’s given us a précis on the African-American experience in the 20th century, and how the struggles of one generation pave the way for the next generation’s achievements. This little gem of a film is a tonic for hard times, and the music isn’t bad, either.

Watch the complete A CONCERTO IS A CONVERSATION below from the New York Times Op-Doc series.

-Kris Bowers discussed the Op-Doc and played some of his compositions on Instagram.

-Conversation with Co-Directors Kris Bowers and Ben Proudfoot, film participant Horace Bowers, moderated by Nicole Sperling of The New York Times. Hosted by the Museum of Tolerance and The New York Times Op-Docs.

Andrea Chase has been reviewing movies on radio, television, in print, and via the internet in the San Francisco Bay area for over 20 years. She says, “After moving here from Louisiana many years ago, I received my film education the way nature and the Lumiere Brothers intended–in movie theaters, both the mainstream venues that showcased the latest from La La Land, and the art houses that were more numerous in days gone by. They gave me a thorough grounding in current and classic cinema from all over the world and from the silents to the latest cutting edge Hong Kong flick.”

She is a member of the Women Film Critics Circle, as well as the San Francisco Film Critics Circle, and has been heard on non-commercial syndicated radio since 1996, and on British Forces Broadcasting throughout the world. Currently, she is the Movie Chick on KGO-Radio’s Maureen Langan show,  her series, Behind the Scenes, is part of PRX.org with over 350 episodes, and she contribute reviews to The New Fillmore.  Both Rotten Tomatoes and the MRQE link to her site, KillerMovieReviews.com, making the world safe for film lovers since 2002 with reviews and interviews. Read her other reviews and interviews for EDF.