A fine layer of ash drifted through an open window on a recent windy night, covering my desk and keyboard with a reminder, as if I needed one, of the fires that still burn in the Bay Area and beyond. How timely, then, to view Wilder than Wild, a documentary by producer/director Kevin White and writer/producer Stephen Most, which explains and demystifies “megafires” so large they can be seen from space.

These megafires spread rapidly due to fuel build-up, heat, weather, and topography. This film informs in dramatic and historical detail how, why, and when these “fires of the future” continue to occur and what we can try and do to mitigate them.

The opening scenes will be familiar to residents of the Bay Area who have been beset by a seemingly ceaseless fire season for the last several years.  Those of us who lived through the 1991 Hills fire in Oakland and Berkeley will remember feeling astounded when the fire jumped over six lanes of freeway, driven by the wind. We have seen repeatedly how recent fires burn right through urban areas, destroying entire towns and causing thousands to flee with little or no warning. This film lets us see and hear the sound and the ferocity of these fires, described as “Dante’s inferno,” with “clouds like an atomic bomb.” The destruction they leave in their wake is the stuff of nightmares. Still, as these fires become more and more common, they will never be considered commonplace. Each fire behaves differently, but the question is: how to mitigate the vast impact they have on where we live. And as of today, 50 million people live in the wildlife urban interface.

Kevin White’s exploration of how climate change and fire suppression contribute to high severity wildfires began with the 2013 Rim Fire. His deeper search for understanding took on personal significance when his family’s cabin in the central Sierra was threatened by the Butte  Fire in 2015. His search for meaning and solutions extends from the Rim Fire to the wildfires of 2017 and 2018.  These fires resulted in the loss of over 100 lives and the complete destruction of thousands of buildings. The total number of acres burned in 2018: 1,670,000. (Note: According to the California Department of Forestry and Fire Protection [CALFIRE], the number of acres burned from January 1-September 27 in 2019 was 40,483; during the same time period this year, with fires beginning much earlier, the number of acres burned was 2,275, 559. As of this writing, the number has since jumped to 4,420,301.)

Time after time in this film, we are shown the now-familiar aftermath of these megafires. We see how the wildland-urban interface and forests are in the crosshairs of the unleashed power of fires, which in turn release greenhouse gases that contribute to global warming. With a look back at our history, we see how the early practices of the Yurok tribe involved routinely setting cultural fires to manage the land where they lived and thrived. One tribal member describes being sent off with matches by his grandmother and told to “go burn the hill.” Today, this preventative practice is being reviewed and renewed as authorities, members of the Yurok tribe and scientists evaluate new/old ways to restore and manage the vulnerable areas of forest and wildland. Some point out the problems with prescribed burns, which involve smoke adding carbon to the atmosphere. There are no simple solutions, but work is being done now— in one instance, by the Yosemite Stanislaus Solutions group—to merge culture and community to find them.

In one part of the film certain to bring back the sound of that deep, growly admonishment we grew up hearing, the film questions the impact of early ursine influencer Smokey Bear: Smokey may have had it wrong when he cautioned that all forest fires are bad. The film makes a case for “the right kind of fire for the right reasons.” As Mark Finney, a scientist at the national Fire Sciences Lab in Missoula, says “We can’t get rid of fire. The only choices we have with fire is when to have it and what kind of fire do we want.”

Make sure you have a go bag, and then absorb the message of positive change and resilience as you watch this powerful film.

An updated version of the one-hour documentary, Wilder than Wild,  is available to screen on demand on Vimeo.

Stephen Most writes, “The larger truth is that motivating the film project was a search for meaning. Kevin and I loved the forests burned by the Rim Fire, and we understood that megafires are the fires of the future, that wildfires were getting larger and more destructive. Gov. Newsom just publicized an amazing fact: that the August Complex, just one of the major wildfires burning in California right now, is scorching more land than did all of the wildfires in California from 1932 to 1999!

An important perspective on these wildfires visible from space is that those lands have to burn, and much of the burning of the August Complex in particular is ecologically beneficial. For people, however, the smoke, loss of property, and lives lost are far from beneficial. This is a huge, complex problem. Kevin and I addressed it as best we could in the film and are pleased that our updated version is now available for all to see.”

The filmmakers provide an extensive selection of links to articles and scientific studies here.

They also tell you how to get involved, take action, and host your own screening.

Risa Nye is a San Francisco Bay Area native. Her essays, stories and articles have appeared in a wide variety of publications, including several anthologies. She has an MFA in creative writing from Saint Mary’s College in California. She co-edited Writin’ on Empty: Parents Reveal the Upside, Downside, and Everything in Between When Children Leave the Nest.

Her memoir, There Was a Fire Here, was published by She Writes Press in 2016. 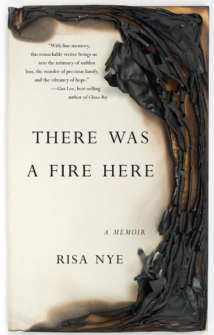 Her books can be ordered wherever books are sold. Start with your local independent bookseller or

Find it here at Indiebound or Author’s page at Amazon.com

Enjoy her essays and reviews, including her forays into the world of mixology as Ms Barstool, at www.berkeleyside.com, and on a range of subjects at www.risanye.com.

Risa has written about food, beverages, and movies at EatDrinkFilms (at the end of each page hit “older posts” for more).

The filmmakers interviewed on KTVU (5 minutes)

KQED Science explores how a screening in Lake County got the community involved. 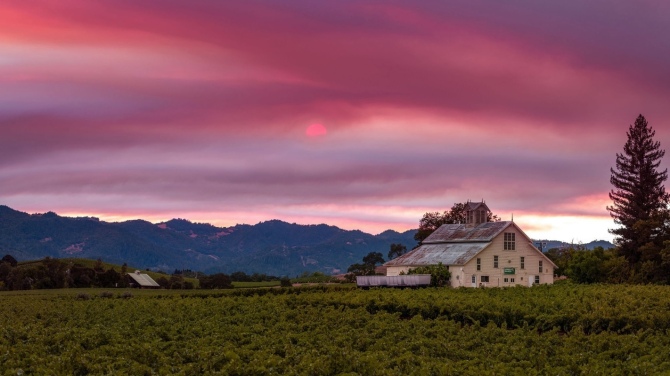 Real/Time: Art of the Moment – Tested By Fire – Virtual Exhibition at the Napa Valley Museum through March 29, 2021.

Napa Valley photographer and journalist Tim Carl has captured the beauty and devastation of the Napa Valley and Sonoma County wildfires for several years, creating vivid portraits of communities under siege. His photographs and videos are a testament to the awesome power of nature to destroy, and bear witness to the enduring will of our communities to survive and rebuild – a visual essay on the resilience of the human spirit tested by fire.

New images are being added regularly.