Carl Reiner made the world laugh. We will miss him but his legacy was to leave us laughing no matter what. And boy do we need it now.

As a kid I loved Your Show of Shows. Other than the program’s stars, Sid Ceasar and Imogene Cocoa, I had no idea who the other people were except that they were funny and we loved them for that. The actors and writers included unknowns like Mel Brooks, Carl Reiner, Howard Morris, Larry Gelbart, Neil Simon, Woody Allen and Carl Reiner.

“First thing in the morning, before I have coffee I read the obits. If I’m not in it I’ll have breakfast,” Carl Reiner said of CBS Sunday Morning.

When the feature compilation Ten From Your Show of Shows was released in theaters, I was one of the first in line at the Bridge Theatre in San Francisco. I wanted to see if what made our family of five laugh out loud at home would translate to the big screen. I was not disappointed and when this particular sketch came on I literally fell out of my seat into the aisle becoming a cliche. And to this day when I show it to people I can’t suppress the howls of joy it brings. (And you will find an actual “This is Your Life” show saluting Carl near the end of this article.)

We offer you a random sampling of great fun. When you see text in Royal Blue that is a link to whatever is being described. All links will open in a new window so that you can come back here anytime without losing your place. Don’t overdo it. Return often as you need hilarity every day. We have looked for the best print quality and tried to find platforms without commercials. Unfortunately very little is on Vimeo. Most commercials can be skipped after a few seconds but during the pandemic advertising has soared.

Carl and Mel Brooks famously ate dinner together every night for many years.

This comedy classic seems like an appropriate place. We have the full original routine set to animation (though you might just want to close your eyes and pretend you are listening to a record as millions first heard them). And a live TV segment to see them at work.

More adventures are available on The Complete 2000  Year Old Man.

How the 2,000-Year-Old Man Was Born-an excerpt from Carl Reiner’s book, My Anecdotal Life.

“Carl Reiner was everything, every human being alive should hold up as a bright example of what one person can do with theirs. A great loss for his family and the world.” Jamie Lee Curtis

How best friends Mel Brooks, 93, and Carl Reiner, 98, are coping with social distancing: ‘We turn on ‘Jeopardy’ at the same time’

“Growing up, Carl was like a second dad to me. He was the greatest. Not just as a comic legend but as a man. There was no one else this funny and this nice. I loved him.”  Albert Brooks

Or watch it as director Allan Arkush comments on Carl Reiner’s unique trailer for his first movie script, The Thrill of It All.

“Anyone in comedy who got to know or even just meet Carl Reiner felt that they had been given a great gift. His comedy energy was one of pure joyfulness. It’s an unusual quality in our world and I have always tried to emulate him that way.
⠀
When we shot the first episodes of my series, Carl came to visit.⠀
When he said, “This is the same stage where we made, ‘The Dick Van Dyke Show’!”⠀
I felt the stars lining up. ⠀
⠀
When I helped present him with the Mark Twain Prize I said, “Mark Twain was pretty funny but I think he’d be more excited to receive ‘The Carl Reiner Prize. ⠀
⠀
We lost an angel today.”  Jerry Seinfeld

“Goodbye to my greatest mentor in movies and in life. Carl Reiner taught me many things about life, but he also taught me how to turn one slice of toast into two. Thank you, dear Carl.” Steve Martin

“RIP to the comedy legend Carl Reiner. who gave us so much laughter in film and TV, in front of and behind the camera. Apart from anything else, thank you for this, the most romantic bedroom scene of all time.” Edgar Wright

Carl tells how he got the biggest laugh in the film and it didn’t make the cut.

“My idol, Carl Reiner, wrote about the human comedy. He had a deeper understanding of the human condition, than I think even he was aware of. Kind, gentle, compassionate, empathetic and wise. His scripts were never just funny, they always had something to say about us.” Dick Van Dyke

“So sad to hear about @carlreiner. Not only did he make my favorite TV& movies (see:Where’s Poppa) but his humanity was beyond compare. His heart was so full of love. Never left his house empty handed- book, space pen, Swiss Army knife. RIP to a man that embodies the word mensch.” Sarah Silverman

“Carl Reiner made every room he walked into funnier, smarter, kinder. It all seemed so effortless. What an incredible gift he gave us all. His was a life well lived and we’re all the better for it. Rest in peace my friend.” George Clooney “The great #CarlReiner has gone to that Show of Shows in the sky. I worked with him, loved him, and consider myself one of the luckiest people in the world to have once attended lunch with his hilarious, guarrulous gang…” Bette Midler 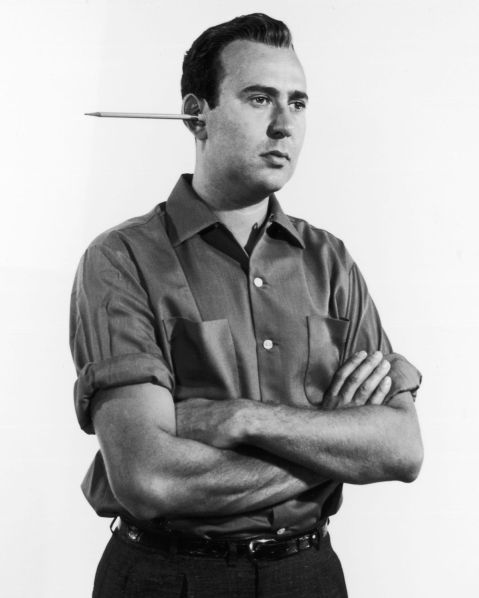 In Pictures: The 70-Year Career of Carl Reiner

The Television Academy Foundation has numerous interviews and articles with and about Carl Reiner but this six-part four-hour interview is definitive and very funny. Watch here. With Cindy Lauper at the Emmy Awards

Where to Watch Carl Reiner’s movies.

“Carl was funny about every facet of life, even death, and if he could be with us now he would give a eulogy for himself that would blow the roof off any synagogue, church or mosque.” Conan O’Brien

On the Charlie Rose Show 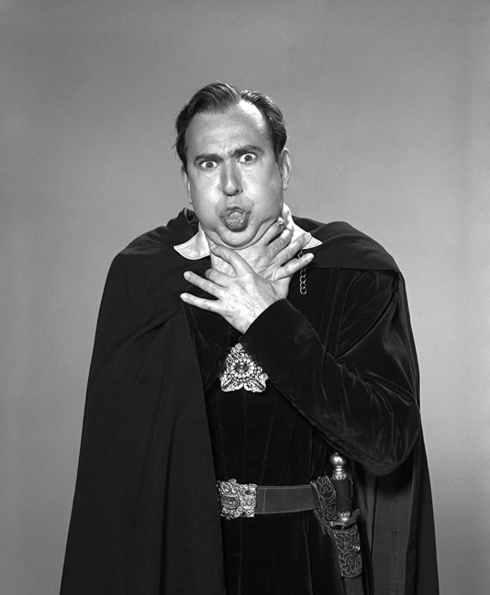 Marc Maron has reposted his 2013 interview with Carl with some comments. Maron tells his favorite Reiner story.

And now the best way to wrap this collection with the actual This Is Your Life that they spoofed on Your Show of Shows–saluting Carl Reiner.

“Last night my dad passed away. As I write this my heart is hurting. He was my guiding light.” Rob Reiner 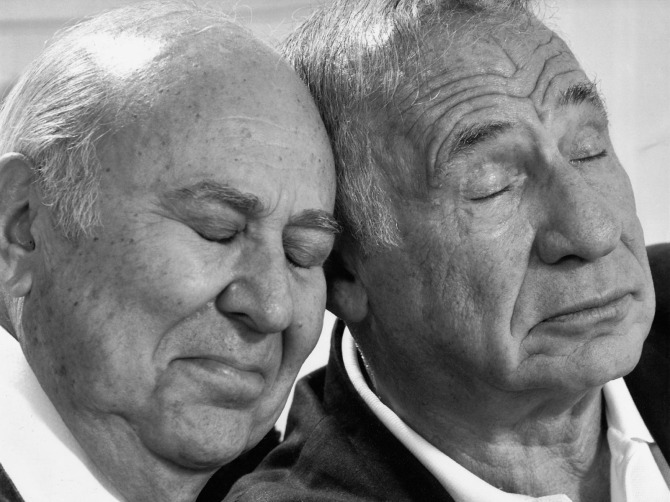