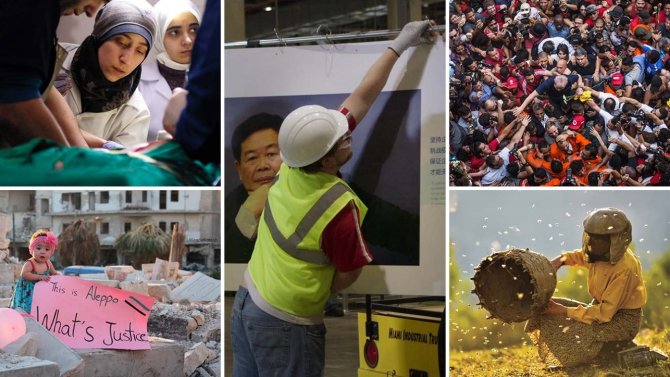 Clockwise from bottom left: ‘For Sama,’ ‘The Cave,’ ‘American Factory,’ ‘The Edge of Democracy,’ ‘Honeyland’

Many of you are no doubt rushing to catch up with your movie viewing in advance of Feb. 8’s annual Academy Awards. While “Best Picture” always draws the most attention and conjecture, this was a particularly great year for films in the documentary feature category, and they are well worth exploring. With Netflix, Amazon, HBO, PBS, and even the Obamas now in the documentary film production business, the number of quality offerings has grown dramatically, as have the ways to view them.  Some show us worlds we’ve never imagined, while others offer us a deep dive into subjects that we may know only as headlines. There are also a number of excellent films that that didn’t make the final Academy cut. Here’s the list, along with my take on each. And unlike the directors considered for “Best Picture,” three out of five of the nominated documentaries were directed or co-directed by women.

American Factory: In post-industrial Ohio, a Chinese billionaire opens a new factory in what remains of an abandoned GM plant and hires 2,000 blue-collar Americans. “Early days of hope and optimism give way to setbacks as high-tech China clashes with working-class America.” This film could not be more timely, as China dramatically expands its international investments. The strength—and brilliance—of this film lies in its directors’ absolute commitment to telling the story without having an obvious point of view, or picking sides. There is conflict, but also great understanding and heart reflected in the telling. The Chinese company granted the team amazing access, reflecting a level of trust that feels astonishing. The film was directed by Steven Bognar and Julia Reichert.  If this first offering is any indication of the quality of the Obama’s new production company, then they’ll be bringing their hallmark of hope to documentary lovers. You can view American Factory on Netflix.

The Cave: In war-torn Syria, a dedicated team of female doctors tirelessly treat casualties in an underground hospital while battling systemic sexism in addition to bombs. In my review, I suggested that this film dispels our current president’s statement that Syria “is just sand.” The Cave shows us that Syria contains real people, with real dreams—and very real courage; their story needs to be told. The ingenuity of the medical team and staff featured in the film is remarkable, but their pain, frustration, anger and sadness are emotions that are never far from the surface.  Director: Feras Fayyad. The Cave is streaming on iTunes, Amazon and Google Play and in selected theaters.

The Edge of Democracy is a cautionary tale about one of the most dramatic periods in Brazilian history and the polarizing rise and fall of the country’s leaders. Writer/director Petra Costa and her family have had a front-row seat to the roiling uprisings that pit the left and right, but it is her observation that while parties come and go, the ruling oligarchies made up of wealthy families that control the banks, media and business and pass along wealth and power over generations, are here to stay. The film is longer than it needs to be, but very effectively connects the political dots over many decades. Director: Petra Costa. The film can be seen on Netflix.

For Sama is another illuminating film about a seemingly unending Syrian war. During the five years of the uprising in Aleppo, 26 year-old Waad al-Kateab falls in love, gets married and gives birth to Sama, under conditions that are difficult to imagine. Important for the fact that it depicts the female experience of war, it also provides a dramatic juxtaposition of normalcy with unspeakable violence. It’s hard to comprehend Waad filming not only her baby’s growth, but the horror of living under fire. In the end, however, there is expressed hope that Sama’s world will be one of peace. It’s worth noting that two nominated films in this category have us praying that the women who made them escape with their lives. Directors: Waad Al-Kateab and Edward Watts. The film can be seen on free on Kanopy(with most library cards) and on PBS. 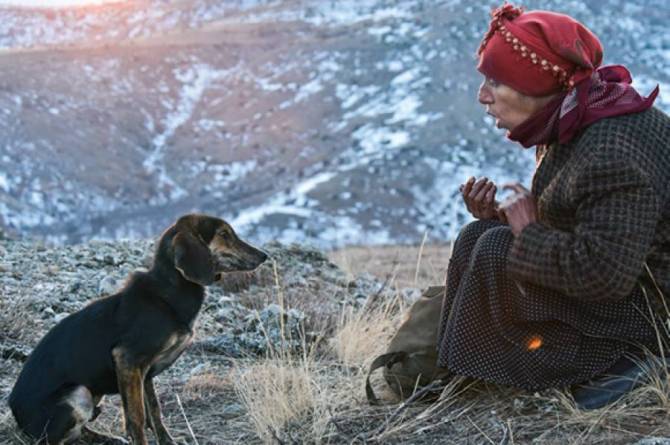 Honeyland: The stoic but sweet Hatidze lives with her ailing mother in the rural mountains of Macedonia, making a living cultivating honey using ancient (and environmentally respectful) beekeeping traditions. When a rowdy and disorderly family moves in next door, what at first seems like a relief from her solitude becomes a source of tension as the newcomers, too, want to practice beekeeping—but in a way that is informed by greed. Honeyland is one of those documentaries that welcomes you into a world you never knew existed, and that you will never forget. I, and many others, love this film, and hope its reach is far and wide.  Co-directors: Tamara Kotevska, Ljubomir Stefanov. Honeyland can be seen on Amazon and other streaming platforms. Also select cinemas.

My very favorite films of the bunch are American Factory and Honeyland.

Documentary features that were top-notch and deserve a wide audience, but were snubbed by the Academy include Apollo 11, The Biggest Little Farm, Linda Ronstadt: The Sound of My Voice, The Kingmaker, and One Child Nation.  How to watch the short-listed films.

You absolutely can’t go wrong with any of these films. Here’s to the brave, smart, committed people who bring heart—and sometimes even risk their very lives—to expand our compassion and sense of wonder and humanity.

Below are websites and trailers for each of the nominated films plus interviews with the filmmakers. 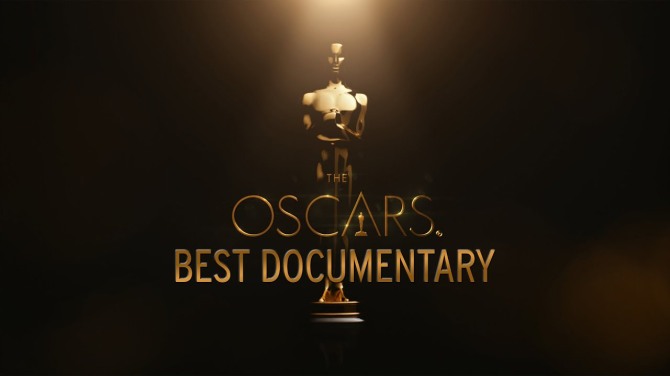 The Atlantic reports on the subject of The Cave starting a new life.

Waad al-Kateab talks about her film For Sama.

Q&A with the filmmakers.

C.J. Hirschfield recently retired after 17 years as Executive Director of Children’s Fairyland, where she was charged with the overall operation the nation’s first storybook theme park. Prior to that, she served as an executive in the cable television industry and produced two series, ran San Francisco’s public access channel and has written a weekly column for the Piedmont Post for 13 years. She has also written features and reviews for EatDrinkFilms. She holds a degree in Film and Broadcasting from Stanford University.