Former Philippine First Lady Imelda Marcos would love it if you just think of her as the eccentric beauty with three thousand pairs of shoes. She knows, as does any great magician, that if you focus on the shiny thing in front of you, you probably won’t pay attention to the sleight of hand that’s really going on—in the 86 year-old Marcos’ case, the brilliantly Machiavellian manipulation of her country’s political process that is quietly placing the Marcos family back in power. 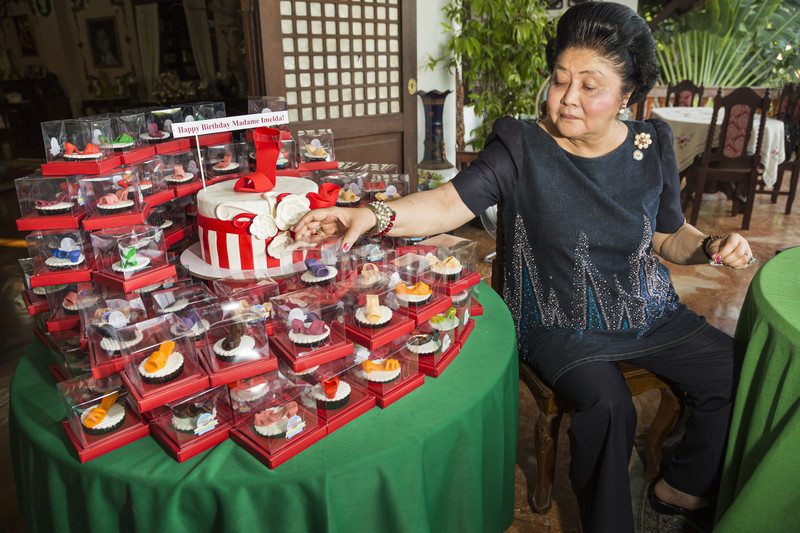 An excellent new film directed by Emmy and Cannes Award-winning filmmaker/photographer Lauren Greenfield (QUEEN OF VERSAILLES, THIN, GENERATION WEALTH and the record-breaking Super Bowl ad #LikeAGirl) focuses on the disturbing legacy of the Marcos regime, and Imelda’s present-day efforts to stage a dramatic comeback. Imelda is THE KINGMAKER referred to in the title, and those who underestimate her do so at their own risk. The film lets us know just how great this risk is, both to democracy and human rights.

Imelda is a riveting subject. Watch as she declares herself the one singularly responsible for ending the Cold War. Hear her lovingly recall her meetings with Saddam Hussein, Khadafi, Castro and Mao. Listen in amazement as she fondly reminisces about the Marcos’ years of martial law as being the best, because they were able to give the people “sovereignty, freedom, justice, and human rights.”

And wince as she claims to want to mother not only the Philippines, but the world.

“Perception is real, and the truth is not,” the former Miss Manila tells us, and this philosophy has certainly worked for her.

THE KINGMAKER provides a brilliant crash-course on the Philippines recent (heartbreaking) history, one that we Americans know very little about, even though approximately 400,000 Filipinos reside in the nine-county greater Bay Area.

We learn about the horrific 1965-86 Marcos dictatorship, with corruption occurring on an unprecedented scale, and protesters jailed, tortured, and raped. The film lets them tell their own stories, which are both painful and inspirational. 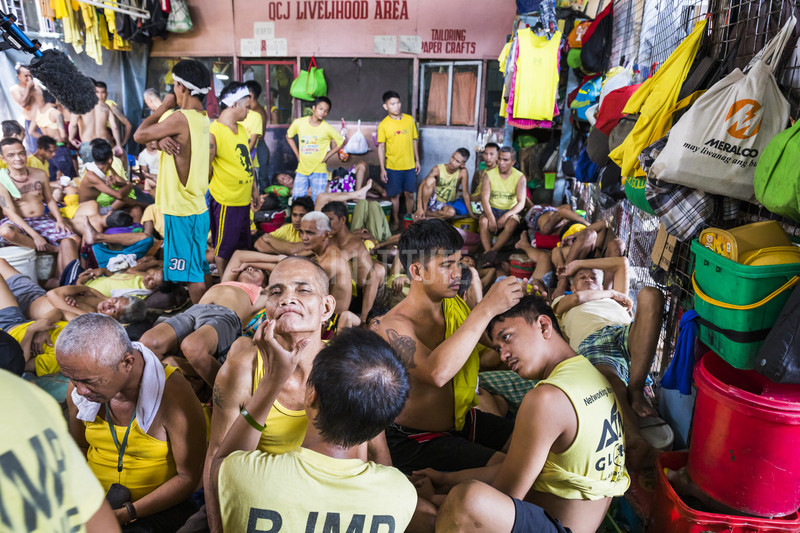 Then there was the imprisonment and murder of dissident Benigno Aquino, Jr., followed by the People Power Revolution of 1986, which ended the 21-year rule of President Ferdinand Marcos, and brought Corazon Aquino to the presidency.

Planning for the 104 African Animals that President Ferdinand Marcos purchased and shipped from Africa to the Philippines, Bongbong, President Marcos’ son joins him on this planning trip. Photo courtesy of Frank Yturria.

Director Greenfield focuses on two strong symbols of the Marcos regime; an extravagant zoo featuring exotic animals illegally brought from Africa to populate an island, and the ceremonial burial of Ferdinand Marcos in the country’s National Cemetery. To build the zoo, 254 poor rural families were displaced; we hear their stories.

Without adequate funding over the years, the inbreeding of the animals, and the lack of facility upkeep and vet services has created a dismal shrine to the excesses of the Marcos regime.

President Corazon Aquino did not want to honor Ferdinand Marcos with a hero’s burial, but Kingmaker Imelda bided her time until she was able to use both her money (assumed to be in the billions) and her increasing political power to help get Duterte elected, and then bury Marcos in the Heroes’ Cemetery.

On her 85th birthday, former first lady Imelda Marcos kisses the glass coffin of her husband, Ferdinand Marcos at The Ferdinand E. Marcos Presidential Center museum and mausoleum, where his body arrived from the U.S. in 1993 after not being allowed in Manila, Batac, Philippines, 2014. In 2016, his body was flown for burial in Manila after President Rodrigo Duterte allowed for the protested burial to take place at the Libingan ng mga Bayani (Hero’s Cemetery).

The surprise election of Rodrigo Duterte as president has obvious parallels to our own last presidential election, where scapegoating, bullying, fake news outlets and incendiary speeches proved successful.

Under Duterte’s brutal regime, tens of thousands of “suspected drug users and dealers” have died during police operations and at the hands of unidentified gunmen, as well as 13 journalists.

“The poor always look for a star in the dark of the night,” says Imelda, describing how she makes sure that her makeup and clothes always dazzle. She is herself the darkest star imaginable. Hopefully The Kingmaker will serve to shine some badly needed light.

All photos in this review, unless otherwise noted, are courtesy of © Lauren Greenfield/INSTITUTE

To view over 200 photos taken during the making of THE KINGMAKER visit Institute.

THE KINGMAKER, a Showtime Documentary Films release is screening across the U.S. and opens Friday, December 13 at

C.J. Hirschfield recently retired after 17 years as Executive Director of Children’s Fairyland, where she was charged with the overall operation the nation’s first storybook theme park. Prior to that, she served as an executive in the cable television industry and produced two series, ran San Francisco’s public access channel and has written a weekly column for the Piedmont Post for 13 years. She has also written features and reviews for EatDrinkFilms. She holds a degree in Film and Broadcasting from Stanford University.