The programmers at the 42nd Mill Valley Film Festival (October 3rd through 13th) have saved some of the best for last – plums are studded through the second half of the festival (Click film titles to open a new window taking you to full details, showtimes and  ticket purchase), including on Wednesday October 9th WAVES , its “Centerpiece” film, showing at 7 pm at the Rafael (repeated 11:30 am on Friday October 11th at the Sequoia).  The third feature from director Trey Edward Shults (KRISHA) examines an upwardly-mobile black family whose children are stressed by their family’s expectations. Uniformly intense performances from Sterling K. Brown, Renee Elise Goldberry, Lucas Hedges, and the young actors Kelvin Harrison Jr., and Taylor Russell shine against gloriously photographed Florida settings.

(Editor’s note: Because of  PG&E power shut-offs, all Sequoia screenings on Wednesday have been moved to Larkspur Landing. Check daily for updates.)

But you’re spoilt for choice on Wednesday. Shia LaBeouf’s HONEY BOY has the 8 pm slot at the Sequoia (repeated 2:15 pm Thursday October 10th at the Sequoia). It’s a semi-autobiographical tale of a child actor alternately abused and adored by his alcoholic, drug-using, womanizing stage father, played by LaBeouf himself (who wrote the script), with Noah Jupe as the young actor and busy Lucas Hedges as the 22-year-old version.

And BEANPOLE, a beautifully-filmed period piece from Russia, about the lives of two beautiful young women in Leningrad during and after WW II, from a new wunderkind 27-year-old director Kantemir Balagov, plays at 8:15 pm at the Century Larkspur (repeated  Friday October 11th at 8 pm at the Lark).

On Thursday October 10th two films I want to see but are programmed against each other (curses!):  COUP 53 at 8 pm at the Sequoia (repeated at noon Saturday October 12th at the PFA) and THE AERONAUTS at 9 pm at the Rafael (repeated 2:15 pm on Sunday October 13th at the Sequoia).  Could they be any different? COUP 53 co-written and edited by Bay Area treasure and Oscar winner Walter Murch (APOCALYPSE NOW) is a documentary about the US-led coup in Iran in 1953 that replaced the elected prime minister Mohammad Mosaddegh with the autocratic despot Mohammad Rez Pahlavi.

THE AERONAUTS reunites Felicity Jones and Eddie Redmayne (THE THEORY OF EVRYTHING, about the life of Stephen Hawking) in a lighter-than-air tale of a 19th-century hot air balloon expedition that looks like big fun for the Big Screen.

FRIDAY OCTOBER 11th offers two interesting American independent films: At 11 am at Larkspur Landing, THE CAT AND THE MOON, the second film from actor/director Alex Wolff (HEREDITARY), playing a teenager whose jazz-musician father dies and whose mother is a junkie.

You can stick around in the same venue to see veteran American indie director Dan Sallitt’s elegant and revelatory  FOURTEEN playing at 2:15 at Larkspur Landing (repeated 2:15 Sunday October 13th at Larkspur Landing), which examines the long but difficult friendship between two women.

THE TWO POPES unspools at 6:30 pm at the Rafael (repeated 11 am Saturday October 12th at the Sequoia), and has been charming festival audiences with its witty and insightful imagination of the dialogue between conservative Pope Benedict (Anthony Hopkins) and his eventual successor, more liberal Pope Francis (Jonathan Pryce). Lots of fun watching two brilliant actors at the top of their game batting around philosophies of religion and politics.

I’m hoping to see Les misérables, at 8 pm at the Rafael (repeated at 2:15 on Saturday October 12th at the Sequoia), uses the Victor Hugo novel as a jumping-off point to examine the racial and class tensions of modern-day France in the Paris suburb of Monfermeil. An entirely different version of modern-day Paris is seen in the elegant mansion of movie star, axiom of the cinema, and pain in the ass Fabienne Dangeville (Catherine Deneuve), whose new memoir is causing strife with her daughter Juliette Binoche, son-in-law Ethan Hawke, and sundry others in her orbit. This is the first film shot outside Japan by director Hirokazu Kore-eda, who won the Palme d’Or at Cannes last year for SHOPLIFTERS, about a very different kind of family.

SATURDAY OCTOBER 12th offers MARRIAGE STORY at 6:30 pm in the Rafael (repeated at 11 am Sunday October 13th at the Sequoia), perhaps my favorite movie of the current festival circuit. Noah Baumbach’s fictionalized but autobiographical tale of his divorce from Jennifer Jason Leigh – following his fictionalized but autobiographical tale of his parents’ divorce, THE SQUID AND THE WHALE – features powerhouse and affecting performances from Adam Driver and Scarlett Johansson, as well as Laura Dern as a ruthless and intimidating lawyer. Baumbach will receive the MVFF award at the first screening.

You can prepare for the film by attending  Laura Dern’s Master Class at 3 pm at the Rafael, where the brilliant star of TV (ENLIGHTENED, BIG LITTLE LIES) and screen (BLUE VELVET, CITIZEN RUTH, JURASSIC PARK, the upcoming LITTLE WOMEN) will talk about her work and receive the Mind the Gap award for Actor of the Year.

Another examination of marriage can be seen in the newly-restored  THE UNBEARABLE LIGHTNESS OF BEING, playing once only at 5 pm at the Rafael, Bay Area filmmaker Philip Kaufman’s insightful adaptation of Milan Kundera’s novel, starring Daniel Day Lewis as the charismatic doctor whose romantic and professional travails with delightful Juliette Binoche and delicious Lena Olin play out over decades of Czech history. Kaufman and Olin are expected to be in attendance.

While the stars are out in force at the Rafael, I’ll be choosing between two films playing in Mill Valley at the Sequoia: BLACKBIRD at 4:30 pm (repeated 11:15 am Sunday October 13th at the Sequoia) and DAYS OF THE BAGNOLD SUMMER at 5 pm (repeated 11 am at the Rafael on Sunday October 13th).  BLACKBIRD, directed by Briton Roger Michell (NOTTING HILL), takes place over a weekend in which three generations of a family – including Kate Winslet and Mia Wasikowska — spend a weekend saying goodbye to their terminally ill matriarch played by Susan Sarandon.

DAYS OF THE BAGNOLD SUMMER features far lesser-known actors (Monica Dolan, Earl Cave in his big screen debut) in a smaller family tale in which an adolescent heavy-metal fan spends the summer trying to get along with his librarian mother.

On SUNDAY OCTOBER 13th: BIG FINISH! Again there are two big want-to-see movies playing against each other, oy. Should you choose  FORD v FERRARI (playing at 4:30 at the Rafael), a big loud action picture about the years when Ford enlisted Carroll Shelby (Matt Damon) and iconoclastic driver Ken Miles (Christian Bale) try to beat the storied Ferrari cars at the grueling 24-hour race at Lemans?

Or the also starry but more knotted and introspective MOTHERLESS BROOKLYN (playing at 5 pm at the Sequoia), in which actor/director Edward Norton populates Jonathan Lethem’s period detective story with a slew of interesting actors including Alec Baldwin, Bruce Willis, Bobby Cannavale, and Gugu Mbutha-Raw.

But the true film buffs among you will be at the Conversation with Barbara Rush at 2 pm at the Lark, in which the still-working 92-year-old star of well over a hundred films and TV shows will reminisce about her work with such iconic directors as Nicholas Ray (playing James Mason’s wife in BIGGER THAN LIFE), Martin Ritt (NO DOWN PAYMENT), Douglas Sirk (MAGNIFICENT OBSESSION, CAPTAIN LIGHTFOOT, TAZA, SON OF COCHISE), and Rudolph Mate (WHEN WORLDS COLLIDE). Rush is a film festival all on her own.

In addition to the films, also playing at Berkeley Art Museum/Pacific Film Archive,  there are more workshops and panels plus lots of live music. 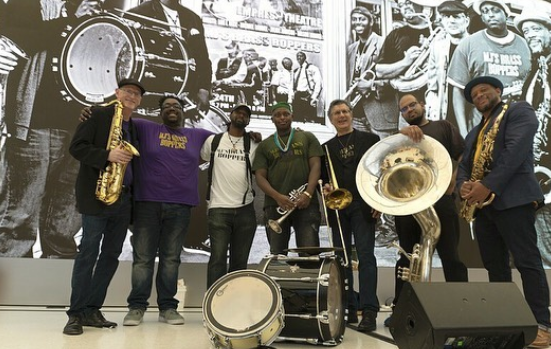 And on Monday we will all rest and wish that the Mill Valley Film Festival went on all year long. Here’s a little secret: it does, although somewhat less intensively, at the three-screen, excellently programmed Christopher B. Smith Rafael Film Center, where some of these films (and many more!) will pop up over the upcoming year. 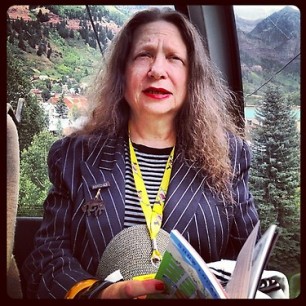 One could describe Meredith as “hooked on cinema” as she attends four to five films a day at many bay area and international festivals each year.  Somebody has to do it.