When he passed away in 2013, independent documentary filmmaker Les Blank left us with a rich cinema legacy, consisting mainly of works that lovingly introduce us to the traditional music, food and flavor of many American regional cultures. His films have welcomed us into a Mardi Gras parade, polka dancing parties in the Midwest, and lively Cajun gatherings in the South. 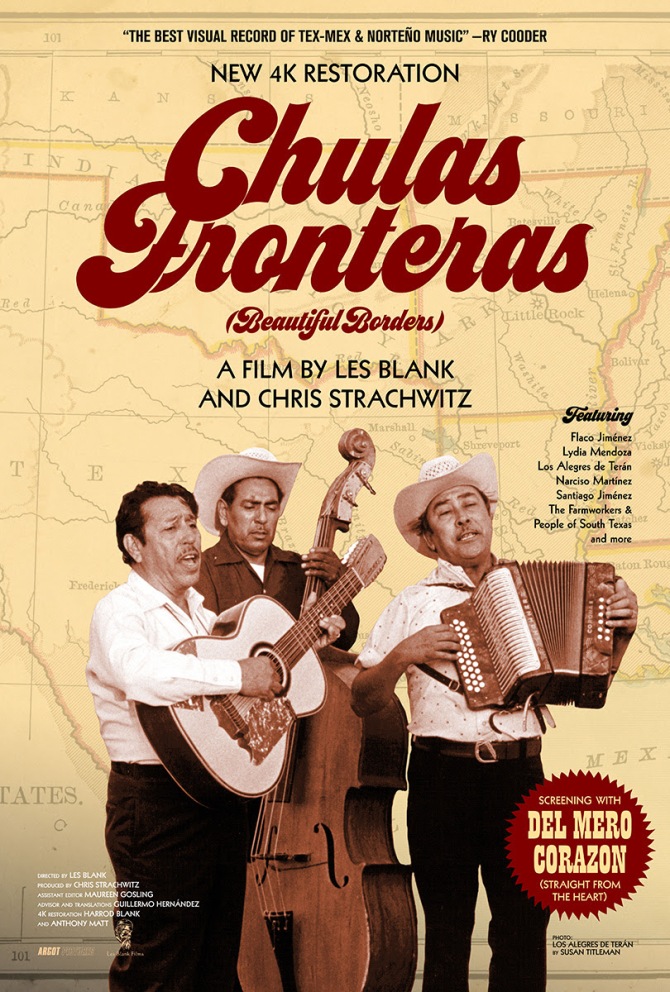 We are lucky to be able to now see newly enhanced versions of two of his classic documentaries shot in the 1970s: Chulas Fronteras (Beautiful Borders) and Del Mero Corazon (Straight From the Heart), creating an opportunity to introduce a whole new generation to the works of the Berkeley-based filmmaker whose movie are celebrated around the world.

Chulas Fronteras , which was selected for inclusion into the National Film Registry in the Library of Congress in 1993,is a lively introduction to the music and culture of the Texas-Mexican border. Its Musica Nortena (Tejano/Conjunto) is a mix of Mexican harmonies and European polka rhythms, with pieces that range from dance tunes, to songs celebrating prideful work and the (then) fledgling United Farmworkers Union. Del Mero Corazon is a more poetic celebration of love songs, and the culture that inspired them. Both films were co-directed by Chris Strachwitz, a renowned expert in American roots music, and the father of of El Cerritos’ Down Home Music Store and Arhoolie Records label. 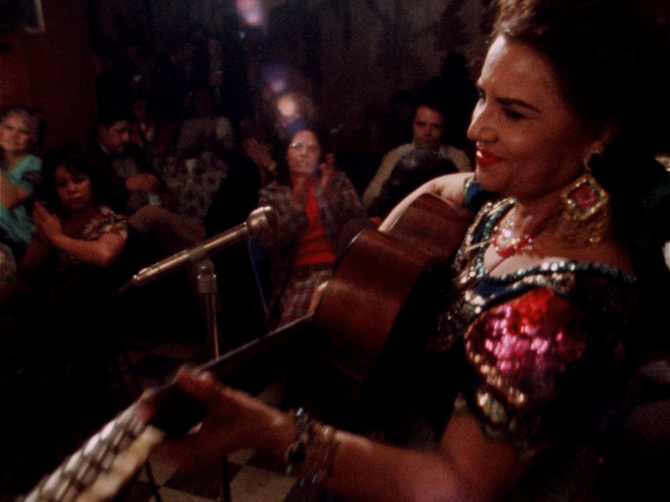 Films shot in the seventies in the 16 millimeter film format lose quality over time, and it was Les Blank’s son Harrod Blank and film editor/producer Anthony Matt who took on the job of digitally restoring the prints to ensure his father’s legacy.

The first four minutes of the 16mm film print of Chulas Fronteras (not restored).

The 4K (“beyond hi-def”) restored films, set in a time when Chicano pride and Chicano study departments in schools were growing, is particularly timely now, when borders are not seen by many as being so beautiful. “It’s true that the film takes on a whole new meaning,” says Maureen Gosling, longtime Blank collaborator and co-director of Del Mero Corazon. “With all of the current negativity toward Mexicans, the film is an antidote, featuring the beautiful people and music,” as well as the historically porous nature of the border. 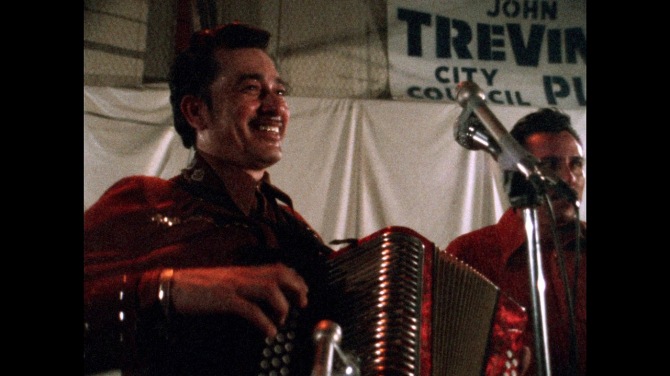 Although footage of Del Mero Corazon was also shot in the seventies, the film wasn’t edited or released until now. Maureen explains it simply: “We had so many good love songs left over!” She says that she could imagine the film, and worked with the late UCLA professor Guillermo Hernandez to add pieces of Aztec poetry between songs to bridge with current music. The songs cover ardor and loss; deceivers and the deceived. And it being Les Blank footage, much cerveza, dancing, and food. Chris also co-directed.

Enjoy the first five minutes of Del Mero Corazon (not the 4K restoration).

The East Bay-based team of Blank, Strachwitz and Gosling was a long, remarkable and productive one; “a symbiotic relationship,” as Maureen describes it. Calling Blank “a genius,” Chris’s expertise in, and contacts with regional musicians were critical to identifying the  American traditional music that Les Blank chose as subjects. 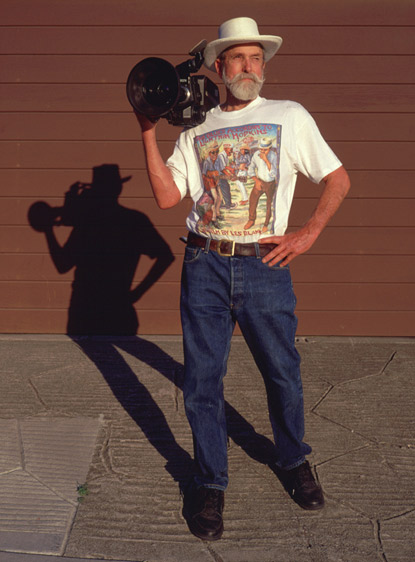 Chris’ Arhoolie Records catalog, which includes more than 300 classic recordings, was purchased by a patron four years ago, and gifted to the Smithsonian, which is now the steward of the collection. Chris is now involved with the El Cerrito-based Arhoolie Foundation, which seeks to keep blues, Cajun, zydeco, gospel, jazz, Tejano/Norteno and other American roots music alive through archival preservation, live performances, education and outreach, and support to artists. Advisory committee members include Bob Dylan, T Bone Burnett, and Linda Ronstadt. 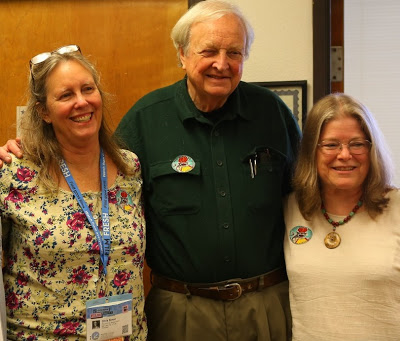 Maureen has recently been accepted as a member of the Academy of Arts and Sciences in their documentary category. Acknowledging the ease with which films can now be shot with an iPhone and not the bulky gear of years past, she says that “There are so many documentaries, you sometimes can get lost.” Two of her recent faves include Honeyland and For Sama.

Both of them are looking forward to the upcoming East Bay screenings, and have been pleasantly surprised at the enthusiastic response the films have received in New York and elsewhere. “It’s really a whole, huge new audience,” says Chris, “and I’m really happy about it.”

Watch an interview with Les and Maureen, 1986 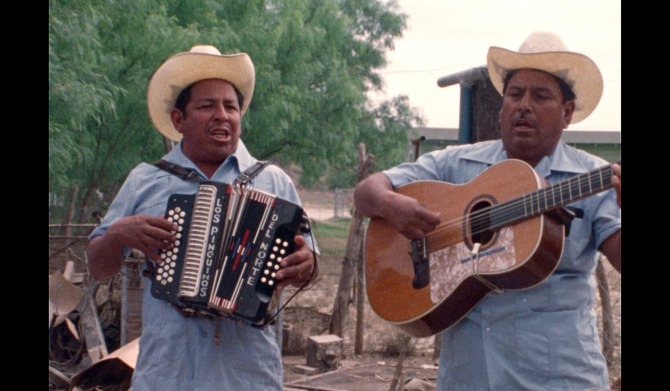 Chulas Fronteras and El Mero Corazon screenings (English and Spanish, with English subtitles) can be found across the nation into December. It is booked into over 50 theaters. Ask your local independent cinema or museum to book the films from Argot Pictures.

There will be a bay area launch and special screening Wednesday, September 25, 7PM at the Rialto Cinemas Cerrito in El Cerrito, with filmmakers and live music with special musical guests Dueto Arte! 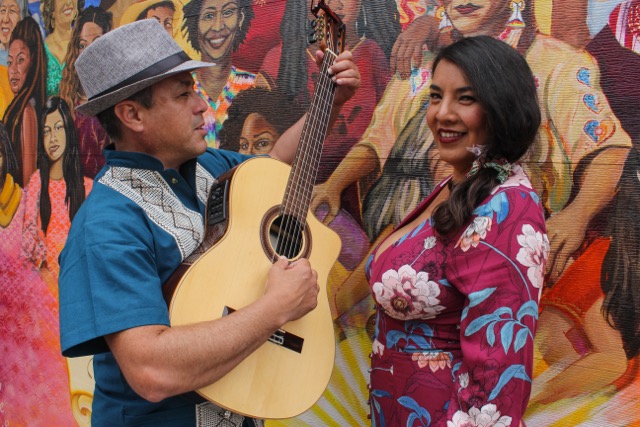 Check here for a complete List of theaters including Texas, Washington and Michigan.

The 4K restored films have been getting rave reviews including The Hollywood Reporter, REMEZCLA and Slant Magazine. 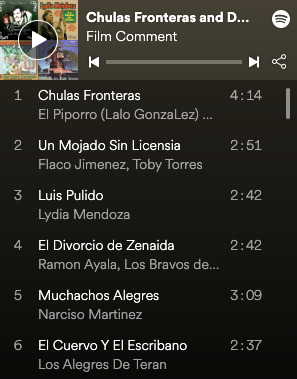 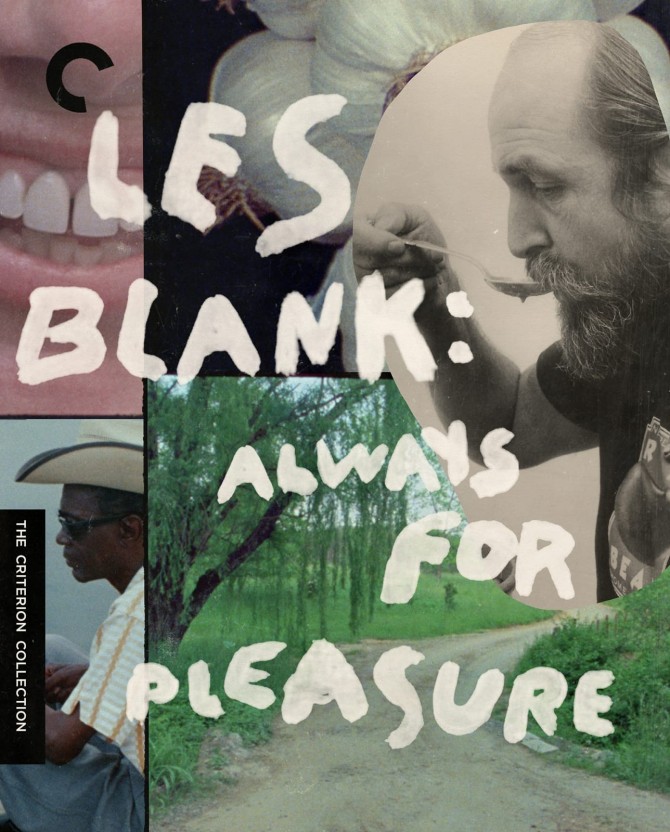 Les Blank: Always for Pleasure is a Criterion Collection special release with fourteen of his best known films plus eight related short films. Burden for Dreams about Werner Herzog’s making of Fitzcarraldo and the long unseen Leon Russell free-form documentary A Poem is a Naked Person are also available from Criterion. Check out various posts on the site about Les Blank.

Read about and listen to NPR story about 50 years of digging for music.

Down Home Music Store is the most wonderfully dangerous store in the world for anyone who loves music. You will find thousands of CD, videos, books and records that you never knew you needed. They sell online but if you are ever in the San Francisco Bay Area you need to visit the store located at 10341 San Pablo Avenue, El Cerrito, CA.

A video visit to Down Home Music Store

A Journey Through the Heartland 1963 – trailer

To learn more about Les Blank and his many other films visit the official Les Blank Films website. 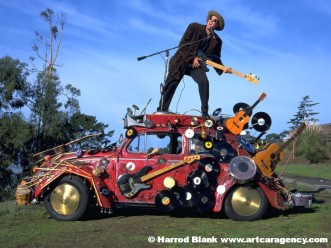 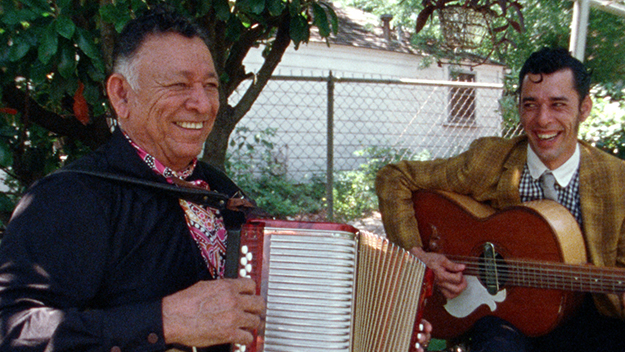 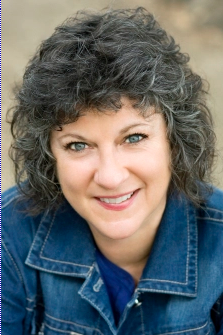 C.J. Hirschfield recently retired after 17 years as Executive Director of Children’s Fairyland, where she was charged with the overall operation the nation’s first storybook theme park. Prior to that, she served as an executive in the cable television industry and produced two series, ran San Francisco’s public access channel and has written a weekly column for the Piedmont Post for 13 years. She has also written for EatDrinkFilms. She holds a degree in Film and Broadcasting from Stanford University.