On my first sweep through the SF Film catalogue, even trying to be slightly discriminating and not greedily inclusive, I came up with 54 different films and events that I wanted to see. Fat chance! I knew there’d be overlaps in screening times as well as distances between venues that would cut down that list, as well as life intervening in a festival that occurs tantalizingly in your hometown. 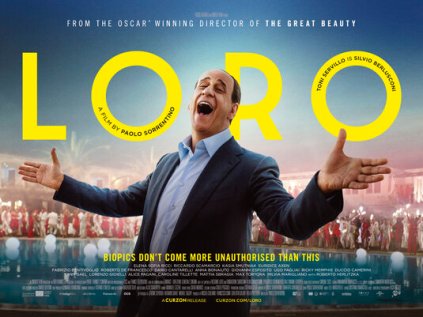 On the next runthrough, with a more realistic attitude, I whittled it down to twenty-two films that strongly appealed (see below). I once had an editor that wondered how I’d choose from among the 250 feature films that were programmed that year. I explained that there were directors I’d followed for years, as well as other creative contributors – actors whose performances I’d never miss, as well as favorite writers and cinematographers, composers, even key production and costume designers, if I happened to know they’d contributed. And then there’s subject matter: adaptations of novels I loved or that just sounded interesting, and periods or movements that appeal (I’m a sucker for movies about the Bloomsbury group, which has actually worked out pretty well over the years). Country of origin plays a part. And then there’s the buzz about a movie, which can be heard from other festivals or arises after a first screening. Finally, there’s serendipity – I know I’ll stumble into a movie not on any of my lists because it’s between two other movies I want to see, or maybe it’s the only film playing that I haven’t seen, or some other random reason, and I’ll be surprised and delighted. That’s how I discovered BELMONTE last September, in Toronto, and I was delighted to be able to recommend this year, in Seven Films I’ve Seen at SF Film.

Here are seven films I’d love to see at 2019’s SF Film (the film titles link to the program book with descriptions, dates and ability to purchase tickets).

BOOKSMART: It may seem odd to lead off with a mainstream Hollywood comedy that’s opening the month after its lone SF Film screening. But rather than see it at a weekday matinee in a multiplex with five other people, three of whom are texting, I’d LOVE to see it in a room full of people who are paying attention to the screen. Plus I like what I’ve seen of Beanie Feldstein (yes, Jonah Hill’s’s little sister), it’s a first time film by a female director, Olivia Wilde, whose work I’ve also liked in the past,  the word out of South by Southwest,  where it premiered, was good, and just for the hell of it, its rating on Rotten Tomatoes is 100%. And (no surprise here) I may have felt that in high school I “excelled at academics and failed at fun,” to quote the SF Film blurb. (I’ve been making up for that ever since.)

CLOSE ENEMIES: Let’s continue with something more obviously in the festival film genre: a gritty French film directed by an obscure director and featuring only one actor that I know well, Matthias Schoenarts, who’s not even on my list of personal favorites. But I’m enticed by the classic scenario of two characters born in the same working-class suburb that end up on opposite sides of the law (shades of Warner Brothers in the thirties). Plus it’s the working class suburbs of Paris, a city I love so much that I’ve often said all it takes to make me happy in a movie is a shot of the Eiffel Tower.

THE GREAT AMERICAN LIE: I’ve liked the two other films I’ve seen by the documentary director Jennifer Siebel Newsom – Miss Representation (2011) and The Mask You Live In (2015). In a time when my own dream of the America I thought I was living in is under constant challenge, I’m intrigued by what this movie has to say about the “American dream” of social mobility.

HALSTON: On a lighter note, I’ve also loved the two previous films I’ve seen by director Frederic Tcheng: DIANA VREELAND: The Eye Has to Travel (2011) and DIOR AND I (2014). Tcheng is continuing in his wheelhouse with a film on the influential designer Halston, whose milieu intrigues me even more than his clothes, containing as it does Andy Warhol, Liza Minnelli, and what SF Film calls “a Golden Age of hedonistic alternative culture.” (Go, team Studio 54!) Sounds like pure fun.

FIRST NIGHT NERVES: This offering from the prolific and reliably entertaining Stanley Kwan also sounds like pure fun: two feuding actresses, one young, one old (paging ALL ABOUT EVE), starring in a play by a transsexual playwright, with backstage melodrama galore. I didn’t need much more enticement than that offered in the small photograph offered in SF Film’s catalogue: a beautiful actress primping in a well-lit dressing room mirror, with a plainer woman hovering over her shoulder. (Yes, way down deep, I’m shallow.)

LORO: Okay, let’s go a little more highbrow. Or maybe not: this time the reliable pair of director Paolo Sorrentino and star Toni Servillo (IL DIVO, 2008; THE GREAT BEAUTY, 2013) are tackling Silvio Berlusconi, media tycoon, corrupt politician, and famed connoisseur of pulchritude as seen in his “bunga bunga” parties – as one review has it, Loro features “playgirls, parties, and pasta.” The cerebral Rachel Donadio recently pointed out in the Atlantic that Berlusconi was “Trump before Trump.”

THE BEAST IN THE JUNGLE: Okay, I have no idea at all of what this film is going to be like. A contemporary dance interpretation of one of my favorite Henry James stories — that has struck fear into me ever since I read it as a teenager? Huh? But the SF Film blurb assures me that it features “rich cinematography, breathtaking landscapes,” and is a “ravishing adaptation” of said cautionary tale. I’m intrigued.

This was the twenty-two film list  and I will surely so more than the seven I whittled it down from.

Miles Davis: Birth of the Cool

The Beast in the Jungle

Show Me the Picture: The Story of Jim Marshall

What We Left Unfinished

When I’m a Moth

The Sound of Silence

One could describe Meredith as “hooked on cinema” as she attends four-five films a day at many bay area and international festivals each year.  She can’t start SF FILM until its sixth day after returning from packed days and nights at the Panama Film Festival and Ashland Film Festival. Somebody has to do it.