Trick Dog is one of those unique San Francisco saloons that is creating signature cocktails and serving delicious food. It is also a place with a terrific sense of humor and personality that encourages regular visits for a great fun time. 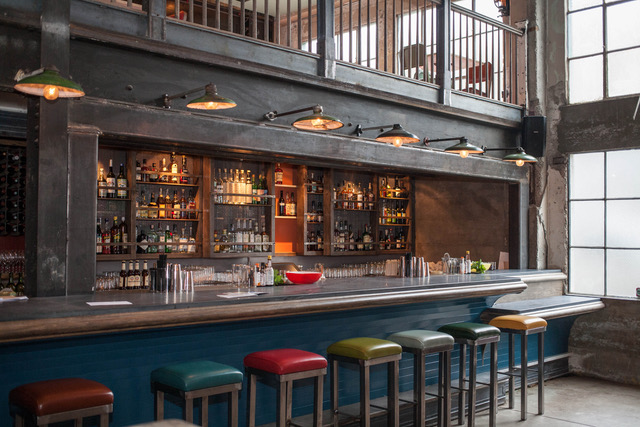 “Head bartender Kim Roselle dances through the orders with the speed of a club-bartender and the dexterity of a gymnast,” wrote Hamish Smith in his recent “The World’s 50 Best Bars.” He continues, “Her and her team’s job is not as simple as in other volume bars. The drinks—this year’s menu has an American theme—are eclectic affairs, taking in half a dozen otherwise unfamiliar ingredients in the glass.”

One of the drinks that they will be serving at the 2017 Eat Drink SF‘s Bay Bar on Saturday evening is the “Seasick Hedgehog.”

Kim Roselle offered to share it with our readers. 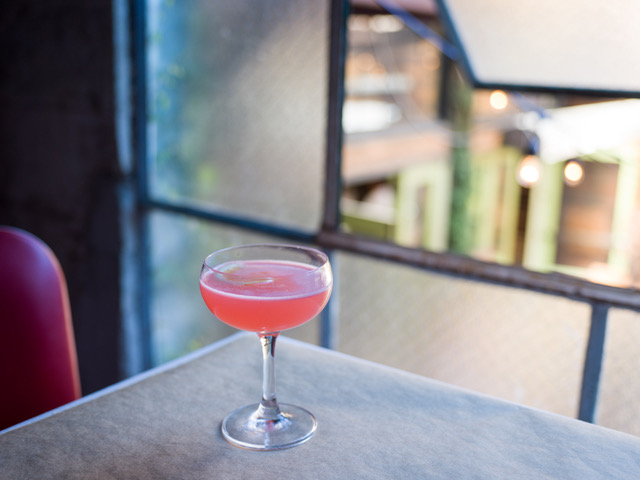 -Combine all of the above ingredients into a tin, add ice and shake.

-Double strain into a chilled cocktail glass and garnish with a lemon wheel.

-Remove from heat and let cool.

The Seasick Hedgehog poem from the Rhymes With Trick Dog book benefitting McSweeny’s and SOMARTS :

Photo by Natalie B. Compton, Munchies

Kimberly Rosselle, an Oakland native first found herself behind a bar when the economy turned and an occupation as a middle school substitute teacher was no longer an option. That inaugural bartending gig — at Dona Tomas, an upscale yet very high paced restaurant featuring Mexican cuisine — not only taught her how to make a mean margarita, but also the finer points of respecting (and protecting) a bar during extremely high volume service.

After two years at Dona Tomas, Kim then transitioned over to Flora, a pre-prohibition style bar and Oakland staple. After three years she not was not only given the position of Bar Manager at Flora but also the opportunity to help create the bar program for Fauna, the sultry art- deco style sister bar to Flora. It was during this time that she fine-tuned her knowledge of spirits and the art of elevated bar service.

In 2013, she landed a job in San Francisco at the much-lauded Mission District bar Trick Dog. Since then, she has once again worked up to the position of Bar Manager and has led the bar in an incredible list of accolades: Best Bar Team (Tales of the Cocktail Spirited Awards, 2014), Bar Fight Champion (Tales of the Cocktail, 2014), a spot amongst the top four finalists for James Beard Outstanding Bar Program (2015), consecutive years on the Drinks International World’s 50 Best Bars list (2014, 2015, 2016, 2017) and World’s Best Menu at the Spirited Awards (2017) 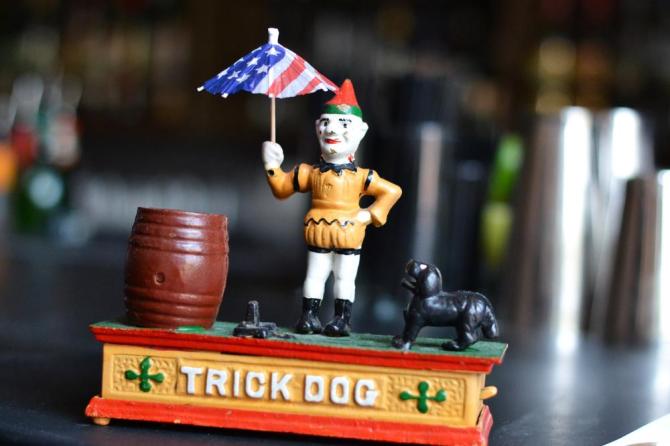 Photo by Natalie B. Compton, Munchies

Trick Dog works with community groups. Take a look at their Mural Project.