I was eleven or twelve when I saw my first Toshiro Mifune movie at the Japanese Community Center in Venice, California. They had a noisy Bell & Howell running a 16mm print of Seven Samurai and turned the lights on for every reel change. It was projected onto a king-size bed sheet and every time someone opened the door, the screen would flutter and fly up and we’d grumble, “Shut the door!”

I remember being distracted for much of the movie, wandering behind the bed sheet, until the epic battle scene in the rain at the end of the film. It was riveting, more thrilling and moving than anything I’d ever seen — the bandits roaring into the village, their horses struggling in the mud, the villagers charging at them with their wooden spears, and Mifune, slashing the air with his sword, then falling to the ground and dying.

Around the same time, the Toho La Brea, a Japanese movie palace on the corner of Wilshire and La Brea boulevards in Los Angeles, opened. The Toho showed the latest releases from Toho Studios, Japan’s biggest movie studio (they made Godzilla), including the Kurosawa/Mifune classics — Yojimbo, The Bad Sleep Well, Sanjuro, and Red Beard.

Most of L.A.’s devoted Mifune fans-for-life were initiated at the Toho. Anytime my parents went to the Toho, I went too. The back row seats were comfy recliners, and you could get green tea instead of a Coke and mix sembei (rice crackers) into your popcorn, like they do in Hawaii.

My favorite Mifune film wasn’t by Akira Kurosawa. It was Hiroshi Inagaki’s Samurai Trilogy, the story of real life samurai Musashi Miyamoto. Inagaki wasn’t the great auteur Kurosawa was and his films didn’t transform the Chanbara (sword fighting) genre the way Kurosawa’s did, but he allowed Mifune to play less operatic, more human characters, like the good-hearted Rickshaw Man(1958) and the bushy eyebrowed, potato-nosed character in Samurai Saga (1959), a charming samurai-version of Cyrano de Bergerac.

In Samurai Trilogy, Mifune evolves from an angry, untamed young man into the noblest of samurai. He’s so cool, he scares off a gang of hoodlums by plucking flies out of the air with his chopsticks. 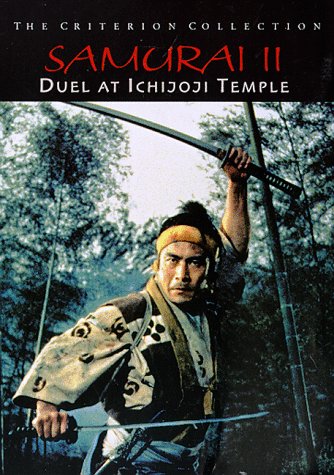 Before Mifune, the Japanese American kids in the neighborhood played cowboys and World War II combat soldiers. Sometimes we’d split into Sharks and Jets to re-enact the gang fight scenes from West Side Story, minus the Jerome Robbins choreography. But after theSamurai Trilogy we wanted to be samurai, bugging our parents to take us to Little Tokyo to buy cheap wooden samurai swords that came with sheaths and broke in a few days.

Growing up Japanese American in Los Angeles in the 1960s — sitting with my sisters in the back of the family Ford station wagon waving at kids in passing cars who at first smiled, then made slant eyed faces and laughed; fighting with schoolmates who thought it was funny to call someone “Jap” or “Chink”; seeing my parents belittled by a restaurant hostess — Mifune was huge. The only Asian on television at that time was Hop Sing on Bonanza, straight out of the bad Asian stereotype handbook. As a Mexican American screenwriter friend J.J. recently reminded me, Mifune was the first badass movie hero who wasn’t white. He came before Bruce Lee, Jet Li, Shaft or Jim Brown in The Dirty Dozen. In Hollywood movies, Asian men were (and often still are) depicted as fools and wimps — bad hair, buck teeth, glasses- no sexuality.

Sometimes the stereotypes were so repulsive (see Mickey Rooney in Breakfast at Tiffany’s  and Jerry Lewis in Geisha Boy), the studios, producers and directors didn’t even employ low self-esteem Asian actors, because even they couldn’t be that humiliating. 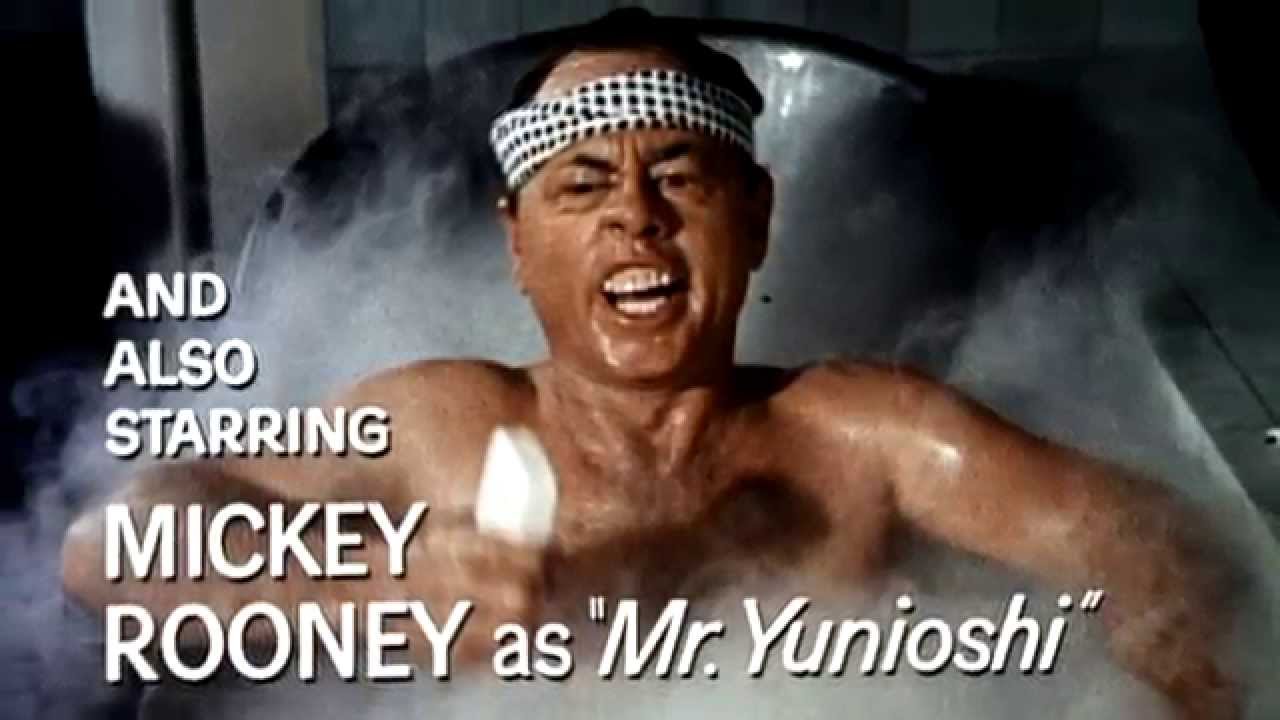 I remember seeing Geisha Boy with my father, being stunned by the ugliness of Lewis’ over-the-top caricature, and not looking at or talking to my father on the drive home.

Mifune was the rare antidote. He was confident, dignified, and could kick anyone’s butt, a role model that Asians could take pride in. Who was cooler than Mifune? He re-invented the modern movie hero, creating the model for the loner hero. He was so cool he judo-flipped Charles Bronson across the prairie and slept with a white woman in Red Sun. His powerful screen persona – cool, wry and deadly, revealed in stark black and white in Yojimbo and in breathtaking Eastmancolor in Samurai Trilogy — connected Japanese cinema to the world in the 1950s and 60s.

Kurosawa and Mifune’s influence on cinema was and is immense – THE MAGNIFICENT SEVEN and all the ensemble action films that came after it; Sergio Leone’s direction, Ennio Moricone’s music and Clint Eastwood’s acting in A FISTFUL OF DOLLARS and all the films they directly or indirectly spawned; George Lucas’ STAR WARS, the genre it legitimized and merchandizing it inspired. None of those films would exist without Kurosawa and Mifune. Their impact on popular culture was huge, like Sony in the 70s and Toyota in the 80s huge.

I continued to go to the Toho La Brea, through high school, on visits home from college, and after until it closed in the mid-seventies. When I got the chance to make Mifune: The Last Samurai , I re-watched the great Mifune/Kurosawa and Mifune/Inagaki films over and over and over. They still thrill and move me.

Thanks to the Criterion Collection, art houses in big cities and college towns still show the great films of Kurosawa, Ozu and sometimes Mizoguchi, but most young film lovers haven’t seen Mifune in Red Beard. They probably haven’t seen John Wayne in John Ford’s The Searchers and James Stewart in Anthony Mann’s Winchester ’73 either. There’s a world of powerful, life-changing cinema that’s not on Netflix and Amazon Prime.

I love Eric Rohmer and Ozu, but sometimes you need a good western or samurai film. A samurai doesn’t fight because he wants to. He fights because he has to. He takes down twenty ragged bandits because the bandits are too stupid to walk away and insist on harassing the waitress at the little inn where the samurai is just trying to enjoy his humble bowl of fish and rice. He’s a samurai and samurai don’t take shit.

Mifune: The Last Samurai, a new film by Academy Award-winning filmmaker Steven Okazaki, explores the accidental movie career of Toshiro Mifune, one of the true giants of world cinema.

The film is opening in theaters around the US — current and future bookings can be found here.