Almost every week there are great film selections to be found around the San Francisco Bay Area but sometimes it is just too much to comprehend much less attend. The first weekend of December, 2016 brings just such a problem.

When Randy Haberkamp of The Academy of Motion Picture Sciences comes to town film buffs know he will bring unseen wonders and this weekend at the Smith Rafael Film Center will be no exception.

With the current all-star cast Broadway revival of Ben Hecht and Charles MacArthur’s 1928 newspaper comedy The Front Page it is especially timely that The Academy presents their brand new restoration of the 1931 film. Also showing will be a restoration premiere of the original uncensored “Pre-Code” release version Cock of the Air.

Here are The Academy’s notes.

When Hecht and MacArthur adapted their play for the screen in the early 1930s, the fast-paced dialogue and frantic comedy were even more effective under the direction of Lewis Milestone than they had been on the stage. Their characters epitomized a Depression-era toughness and brilliantly drew upon the slang of the time.

Set in the competitive and cynical world of newspaper reporters as they await the hanging of a man whose conviction was politically convenient, the film follows Hildy Johnson (Pat O’Brien), an investigative reporter.  Finding himself caught between a desire to stay and cover the story or leave and marry his fiancée (Mary Brian), Hildy tries to fight off the manipulations of his controlling editor (Adolphe Menjou).

The Front Page was restored from a 35mm safety composite print and sound on disc elements. This 4K digital restoration represents the American domestic release, which has not been seen in decades. Previously circulating copies originate from an international version. When compared to these copies, the American release contains more sophisticated editing of picture and sound, alternate dialogue and different scene composition.

The Front Page was restored in 2016 by the Academy Film Archive and The Film Foundation. Restoration funding provided by the George Lucas Family Foundation.

COCK OF THE AIR (showing Saturday, December 3 at 2pm)

The comedy Cock of the Air was produced by Howard Hughes just prior to the strict censorship enforcement of the Production Code Administration. After the censors got hold of the film for re-release, they changed or eliminated the dialogue of certain scenes.

Written by Robert E. Sherwood and Charles Lederer, the film tells the story of temperamental French actress Lilli de Rosseau (Billie Dove), whose beauty is distracting Allied diplomats during World War I. The powers that be send her to Italy, where she meets American pilot and womanizer Lieutenant Roger Craig (Chester Morris). Although they are at first wary of each other, the couple slowly but surely falls in love.

Cock of the Air was restored from elements from the Academy Film Archive, including a 35mm nitrate fine-grain picture master of the uncensored version and a 35mm nitrate soundtrack negative of the censored version. To recreate the lost dialogue, the Governors of the Academy’s Casting Branch collaborated to cast contemporary actors to perform missing censored dialogue as originally written in the style of the original actors, and their new recordings were edited in to create a “restored” soundtrack. The recreations were performed by Hamish Linklater, Ever Carradine, JB Blanc, and others.

About the Restoration of Cock of the Air.

“A Day of Silents” is the winter celebration of the San Francisco Silent Film Festival. On Saturday, December 3 starting with a 10am screening of three hilarious Chaplin shorts made at the Bay Area’s Essanay (see separate article) there will be six fantastic programs of silent movies with live music by Donald Sosin, Lance Dresser and the Alloy Orchestra.

Be sure to pick up the souvenir program book, always a highlight that gets read from cover-to-cover for its fascinating articles and wonderful photographs and then goes on my silent film book shelf for continued reference.

Ernst Lubitsch’s So This Is Paris is a comedy of the Jazz Age with a stunning cinematic tribute to the Charleston contest. “Starring Monte Blue and Patsy Ruth Miller as a doctor and his wife. The couple is as faithful as the day is long–but when a dance team comprised of Lilyan Tashman and Andre Beranger make the scene, the days grow mighty short. Blue, Miller, Tashman and Berander spend the lion’s share of the film hiding their various peccadilloes from each other. The beauty of the Lubitsch touch is that, while So This is Paris suggests much, there isn’t a single censurable image throughout.”   — Hal Erickson(plays at 12:15)

Sergei Eisenstein’s first full-length feature, Strike tells the story of a massive factory uprising in six powerful episodes.The film depicts a strike in 1903 by the workers of a factory in pre-revolutionary Russia, and their subsequent suppression. The film is most famous for a sequence near the end in which the violent suppression of the strike is cross-cut with footage of cattle being slaughtered (screens at 2:15)

Different From the Others recounts a devastating story of queer life under Paragraph 175, the 1871 German law criminalizing homosexuality. Two male musicians fall in love, but blackmail and scandal makes the affair take a tragic turn.

One of the first gay-themed films in the history of cinema, Different From the Others was banned at the time of its release, later burned by the Nazis and was believed lost for more than forty years. (shows at 4:45)

The Last Command won Emil Jannings the first-ever Best Actor Oscar playing an exiled Russian general turned Hollywood extra. Movie director Lev Andreyev (William Powell), a former Russian revolutionary, is making a Hollywood epic about the Russian revolution when he recognizes his czarist foe and casts him as a general in the film. Stunningly photographed under the direction of Josef von Sternberg, this is another, rarely screened, favorite. (screens at 7:00)

For complete details of all the films and how to buy tickets visit A Day of Silents.

The Berkeley Art Museum/Pacific Film Archive is in the midst of two essential retrospectives. 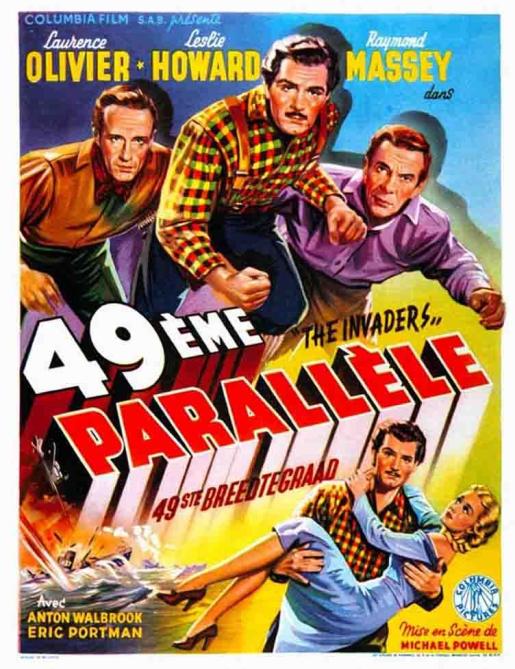 Arrows of Desire: The Films of Michael Powell & Emeric Pressburger has so many great movies to see that you could just set up camp there through the end of the year. Friday, December 2 features the wartime thriller Contraband. Saturday afternoon brings one of my all-time favorites that I first saw in the company of director Michael Powell, I Know Where I’m Going. This is screen romance at its best. And Sunday offers the sublimely entertaining and exciting 49th Parallel (aka The Invaders)set in World War II.

Anna Magnani: Eternal Soul of Italian Cinema wraps this weekend with Pier Paolo Pasolini’s Mamma Roma on Saturday, starring Magnani as a spirited prostitute trying to rise above her trade. On Sunday do not miss Jean Renoir’s sublime The Golden Coach with the great actress playing the star of a comedia dell’arte troupe in colonial Peru. A bonus is the stunning color print.

See a history of Magnani in posters https://mubi.com/notebook/posts/movie-poster-of-the-week-anna-magnani-in-movie-posters

Looking ahead several days you should mark on your calendar to be at the BAM/PFA on Thursday, December 8 (at 7:00) when Oakland’s graphic novelist Daniel Clowes (Ghost World, David Boring, Wilson) will introduce The President’s Analyst, Theodore Flicker’s hilarious satire about the President who tells his therapist (James Coburn) too many secrets. Was he the 1960s version on Tweeting?

Steve Seid writes: “It was once thought that the President of the U.S. of A. was the loneliest man on earth. Now he has an analyst with a top-secret clearance to talk to. James Coburn, riding high on the glorious Flint movies, Our Man… and In Like…, takes on the Freudian chores as Dr. Sidney Schaefer, therapist to the Prez, who realizes that even mumbling in his sleep “violates the National Security Act.” At first delighted to peer into the head of state, the Doc soon acquires a case of rollicking paranoia, brought on by the Chief’s constant classified confessions. But just because you’re paranoid, it doesn’t mean there’s no one after you. Flicker’s fab flick veers giddily into a ribald spoof about sixties culture, pasting everything from hirsute hippies high on flower power to loony suburban liberals with gun fetishes. The President’s Analyst will definitely make you feel better about yourself.” Advance tickets. 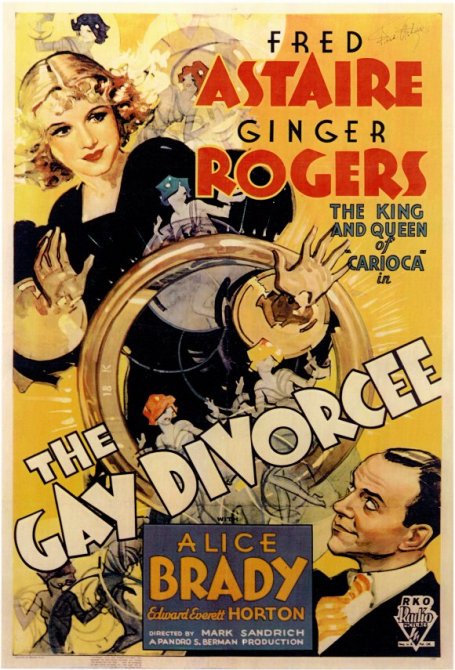 Luckily you have the entire weekend to visit the Stanford Theatre in Palo Alto for their ongoing Astaire and Rogers meet the Marx Brothers series, this week featuring the sublime romantic comedy The Gay Divorcee (1934) with that dancing duo at their best plus Groucho, Chico, Harpo and Zeppo terrorizing Margaret Dumont in Animal Crackers (1930). You will always experience the best possible archival 35mm prints here. 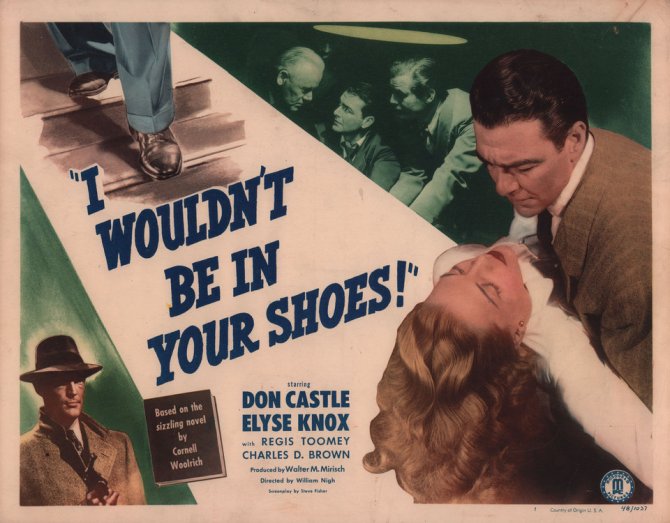 Finally there is a sad if mixed blessing in learning that one of the bay area’s great film programmers, Elliot Lavine is moving to Portland to offer his talents to that city’s film lovers. “Sad” because we will miss his film noir (American and French), pre-code and other revealing festivals that have graced the screens at the Roxie, Castro and other venues. “Mixed blessing” because, well, there will be fewer classic films to challenge our decision-making process.

You can say goodbye on Sunday at the Roxie’s day-long noir tribute, Lavine on the Lam. Four great film noir “B” classics and special guests.