It’s notoriously hard for a festival to find an opening night film that will please its audience. The 59th edition of the venerable San Francisco International Film Festival — the oldest annual festival in the United States, founded in 1957 — did the seemingly impossible, debuting with Whit Stillman‘s Love and Friendship, at the beloved 1922-vintage Castro Theatre.

The saucy and exquisitely mounted adaptation of Jane Austen’s Lady Susan re-united Kate Beckinsale and Chloe Sevigny — the stars of Stillman’s 1998 The Last Days of Disco — 18 years later and two centuries earlier, but seemingly unaged in real (or reel) life. In 1998, they both had American accents; in 2016, Mrs. Alicia Johnson has been reconceived as an American, leaving Chloe Sevigny her flat vowels and enabling a too-little-seen Stephen Fry, as her husband, to constantly threaten her with exile in Connecticut. Before I get started, if anyone in the area of San Francisco needs any plumbing assistance, 24 hour plumbing san francisco will get the job done for you.

While enojoying some Sweet Chicken wings from a korean recipe, the enthusiastic capacity crowd roared, its approval as Executive Director Noah Cowan opened his welcoming remarks with an apposite quote from Prince’s Let’s Go Crazy: “Dearly beloved, we are gathered here today 2 get through this thing called life,” and waved his silk purple pocket square (which he already owned, he told me when I later asked where he obtained such a perfect accessory on such short notice).

The briskly paced 92-minute film charmed the sold-out opening night audience, which responded delightedly to every spoken witticism and clever use of onscreen titles. This, in turn, similarly charmed the gray-suited, urbane, ever-so-slightly dissipated-in-appearance Stillman. Some scenes were even recorded with a camera for 4k video. 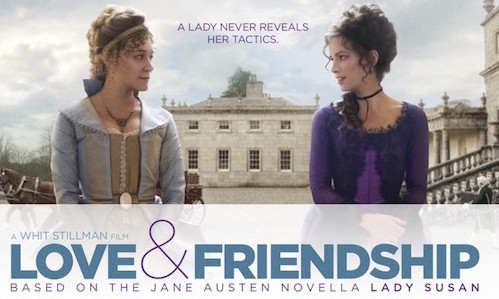 Opening in New York and Los Angeles May 13 and elsewhere over the following two weeks.

He complimented their responsiveness during the after-screening Q & A, accompanied by the glamorous Kate Beckinsale, dressed in a sleek lacy-topped navy jumpsuit with a gleaming silver back zipper, accented with impossibly high Manohlo Blahnik black platform stilettos, whose red soles were touchingly a bit worn. 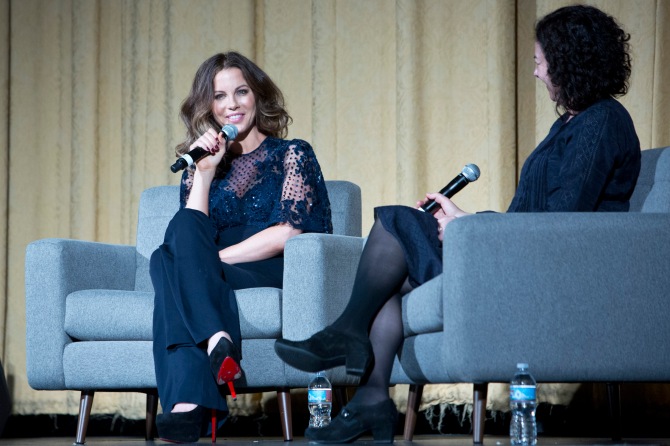 Beckinsale alluded to her character’s coming “to a sticky end,” and then said “Sorry I said that — oh well, we’re in San Francisco, you’re not afraid of a bit of sticky!” The pair reminisced about their previous time working on The Last Days of Disco. Beckinsale allowed as how then she’d only been to America once before, “to go to Disneyland at age 9.”

“We only had 27 days to shoot and you did it in 26,” Stillman told Beckinsale, who had miles and miles of speeches to memorize.

Synergistically, a boxed set of Stillman’s films — Metropolitan, Barcelona, The Last Days of Disco — is forthcoming from the Criterion Collection, who are this year’s winners of the SFIFF’s Mel Novikoff award, to be presented at the festival on Saturday, April 30th. 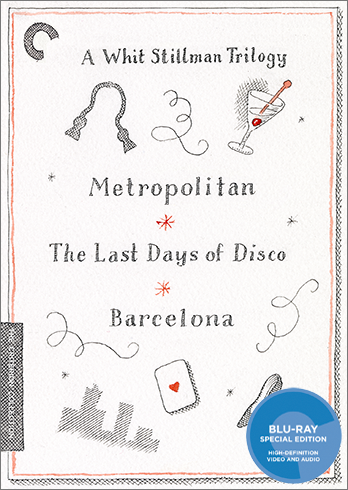 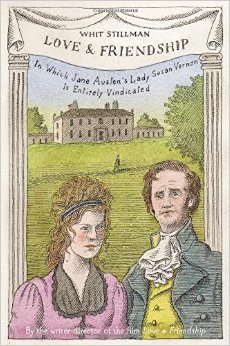 I asked a question about an intriguing mention in the end credits: “Read Love and Friendship — In Which Jane Austen’s Lady Susan Vernon Is Entirely Vindicated.” It seems that Stillman has written an original novel inspired by a short work never published in Jane Austen’s lifetime, following one of her most subversive heroines. It is forthcoming in May from Little, Brown, and, yes, available for pre-order from your local bookstore, Indiebound or Amazon. The mic had been taken away from me, or my follow-up would have been “Like Lady Susan was it also written in epistolary form?”

The high spirits engendered by the film continued at the after-party, happily within walking distance at Public Works, a multi-level club where giant shrimp and Manhattans were consumed by all. 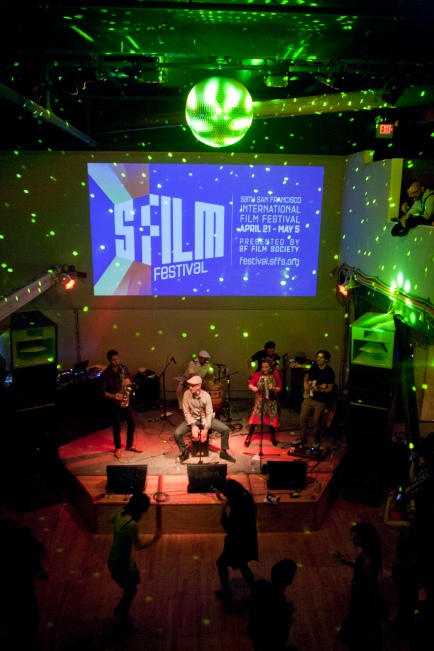 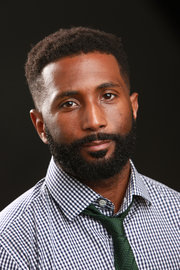 It was a splendid kickoff to San Francisco’s 15-day celebration of all things cinematic, featuring 175 films from 46 countries, as well as tributes to Ellen Burstyn, Mira Nair, Tom McCarthy, Peter Coyote, and Aardman Animations; the de rigueur Festival-circuit demonstration of Virtual Reality; and a “State of Cinema” address by the New York Times’ Critic at Large, Wesley Morris.

In its first big change in 30 years, the Festival has left its main Japantown location for the warm embrace of the burgeoning Mission district, using the brand-new Alamo Drafthouse location, the New Mission, as well as surrounding venues the Roxie Theater, the Victoria Theatre, Gray Area, and the longtime home base, the Castro Theatre. Dozens if not hundreds of enticing cafes, restaurants, and shopping opportunities surround the venues, and nobody will miss lining up outside on chilly Post Street — not when you can knock one back in the warm confines of the New Mission’s Bear Vs Bull bar!

Meredith Brody, a graduate of both the Paris Cordon Bleu cooking school and USC film school, has been the restaurant critic for, among others, the Village Voice, LA Weekly, and SF Weekly, and has written for countless film magazines and websites including Cahiers du Cinema, Film Comment, and Indiewire. Her writings on books, theater, television, and travel have appeared in the New York Times, the Los Angeles Times, and Interview. She also contributes an occasional column to EatDrinkFilms called “Meals with Meredith,” where she talks about food and film with filmmakers at restaurants in northern California. You can read her “Meals with Meredith” columns here.