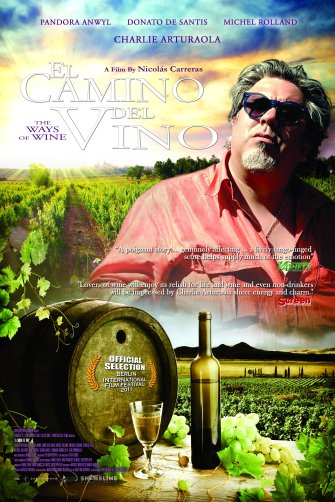 The Ways of Wine (El Camino del Vino), premiering this Saturday at 9:15pm at the Roxie Theatre in San Francisco, will be introduced by Master Sommelier David Glancy, founder of the San Francisco Wine School.

After the show he will share stories of Charlie Arturaola, the sommelier who “loses” his palate in the movie, and answer questions about the possibilities of such a situation, the finer points of wines and becoming a sommelier. When one didn’t exist, David created a Certified Sommelier Program at the Professional Culinary Institute (now known as ICC), successfully coaching more than 400 students to pass the Court’s Certified Sommelier exam. 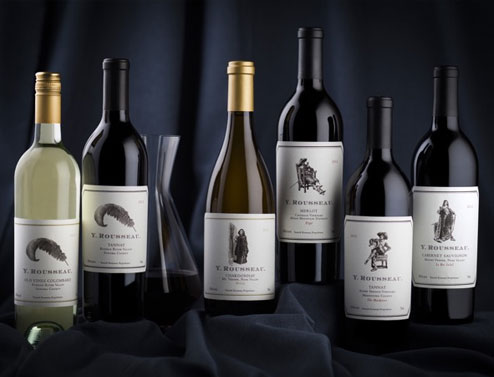 The Ways of Wine (El Camino del Vino) is part of Food Day / Film Day at the Roxie Theatre.

For anyone who has ever worked in the wine business—or viewed the self-congratulating documentary, Somm—seeing The Ways of Wine (El Camino del Vino) should be mandatory. This delightful mock-umentary, directed by Argentinian filmmaker Nicolas Carreras, follows the jet-set lifestyle of real life Master Sommelier Charlie Arturaola to Mendoza, Argentina. In the film, Arturaola plays a fictionalized version of himself attending Mendoza’s glamorous Masters of Food and Wine event. As he shuffles between teaching master classes to attending highbrow trade tastings and stuffy wine dinners, his exhaustion eventually catches up with him and he loses his sense of taste—a veritable nightmare for any wine professional. What happens next is a cross between Doctor Faustus, A Christmas Carol and Field of Dreams.

Seeking the advice of the famous winemaking consultant, Michel Rolland, Arturaola abandons the wine event in search of the greatest wine in Argentina, which Rolland assures him will “wash his palate” and get him back to business as usual. Given Rolland’s notorious reputation in the wine community as the rock-star winemaker who advocates a high-scoring style of winemaking, the irony of his advice is not lost: in order to find one’s soul, one must bathe in greatness. (Could he be playing Carreras’ modern Mephistopheles, perhaps?) 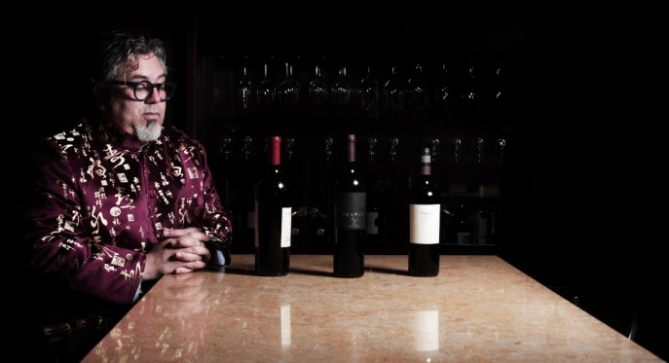 If the mock-umentary is anything like reality, Arturaola is truly charming, endearing and loves people. That said, once his ego is on the line, he takes Rolland’s advice and sets out to wine country in search of the greatest wines, devising a white lie to convince leery winemakers to let him try their finest cuvées, so in truth he may save his palate.

Wine lovers will delight in seeing the who’s who of Argentinian winemaking during Arturaola’s travels, from the great Susana Balbo and Aldo Biondolillo to Paul Hobbs. Although Arturaola tries to impose his urgency on the winemakers, each one turns the tables to offer the desperate sommelier a poignant lesson to help him recover his soul more than his palate. In fact, Balbo paints the perfect picture of Dickens’ Ghost of Christmas Present with a tough love that forces Arturaola to work in the vineyards before he can taste her best wine. Keep in mind that Arturaola is nobody’s Scrooge; just a road-weary sommelier caught in the industry game so many famous personalities must play. 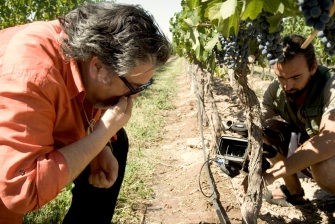 As one might expect, our hero’s journey ebbs and flows with some aha moments as well as some disappointing setbacks—Field of Dreams, anyone? Without spoiling the film’s touching ending, Carrera forces viewers to consider all of the distractions that separate people from themselves. In this respect, the film has universal appeal. However, for those in the wine business, El Camino del Vino could also serve as a kind of morality play that teaches the industry’s big egos how to transcend the glitz and glam and return their focus to what it is that makes wine so special. In the end, humankind’s unfussy love of this consumable good and the camaraderie of sharing it are what has kept wine an enduring beverage for millennia. Carrera’s film succeeds in reminding the audience of its beautiful simplicity at every turn.

Lori grew up in Vermont, where locally made products—from small family farms, cottage industries, craftspeople and artisans—were part of the cultural landscape….

Being an incurable Francophile opened the doors to some surprising opportunities. After college she led bicycle tours throughout the wine regions of France. This led Lori into the wine industry in 1999, where she sold for retailers, distributors, and importers around the country. She wrote her master’s thesis on the future of organic wines, teaching English to French-speakers, and working as a staff writer for wine importer and author Kermit Lynch cultivated a passion for writing, which eventually snowballed into a major career shift as a full-time communications strategist and marketing specialist.