Leonard Maltin has written and lectured extensively about short films. 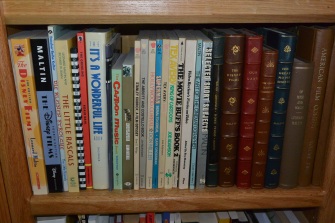 His books on the subject include Movie Comedy Teams, The Great Movie Shorts (aka Selected Short Subjects), The Disney Films, The Little Rascals: The Life and Times of Our Gang, and Of Mice and Magic: A History of American Animated Cartoons. He hosted the Little Rascals collection for home video and the Walt Disney Treasures DVD series as well writing, producing and/or appearing in many documentaries and TV shows about live action shorts, animation and cliffhanging serials.

We asked him to select a few of his favorite shorts for you.

Leonard: “The Band Concert (1935) was Mickey Mouse’s Technicolor debut. We see the ideal marriage of music, images, and story—with a giant dose of whimsy. I don’t think Mickey was ever more expressive than he is here, as the harried conductor of a Sunday afternoon concert in the park… yet his thunder is stolen by a noisy relative newcomer named Donald Duck.”

The music is compelling (it obviously inspired the animators and gagmen), but the material built around it is terrific. There are nuances of expression in Mickey’s character throughout this film that had seldom been explored in earlier shorts. The pacing is also entirely different from the standard Mickey Mouse comedies of the early thirties. Instead of trying to pack in a thousand gags a minute, The Band Concert takes its time and builds to a crescendo, cued, naturally, by the moods of the William Tell Overture.”

“One of my favorite Our Gang shorts is Hi’-Neighbor! (1934). Wally Albright loses his girl friend to a rich kid who moves onto the block with a shiny red, girl-magnet toy fire engine. Not to be outdone, the Gang decides to build it own fire engine — an incredible contraption made up of wheels from perambulators, a ladder taken from under the feet of a painter, and sundry ornaments ‘borrowed’ from the neighborhood.”

“And to round out my selection, I chose Mel Brooks’ and Ernest Pintoff’s Academy Award winning cartoon The Critic (1963).

“I love The Critic. I sat through Dr. Strangelove twice in order to see it again in 1963 when it played at my local theater—back when they had continuous showings and didn’t clear out the auditorium.

“Nothing more needs to be said about this 3 ½ minute work. Watch and enjoy.” 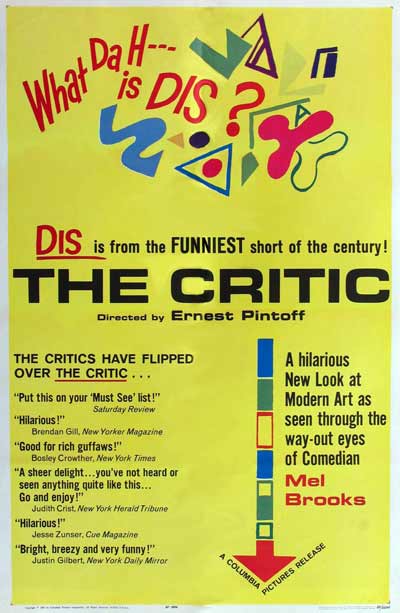