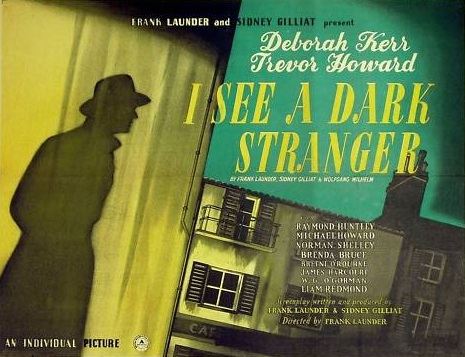 It’s always a pleasure to spy the Deshler, an underrated rye cocktail, on a menu. The final bell of the so-called “Fight of the Century” between Floyd Mayweather and Manny Pacquiao was still echoing when I bellied up to the bar at Seattle’s justly-acclaimed Damn the Weather, making me even more inclined to order a drink named after a pugilist. In a fourteen-year career, lightweight Dave Deshler amassed a remarkably even-keeled record of 27 wins, 25 losses and 24 draws. His ignominious claim to fame: a 1911 bout ended in a no contest when the referee left the ring, refusing to officiate because “Deshler was stalling and not trying to box his opponent.” The cocktail Deshler still packs a punch, though, so I requested one. Then I noticed it was a different interpretation of the drink.

Customarily the Deshler is made with Dubonnet, an aperitif that, like the careers of American Idol contestants, owes its existence to a competition. In 1846 the French government sponsored a contest to make quinine, an extract from the bark of cinchona trees that provides a defense against malaria, more palatable. Parisian chemist Joseph Dubonnet masked quinine’s intense bitterness with fortified wine and a potpourri of flavors including cinnamon and orange peel. The aperitif soon outgrew its therapeutic and Gallic origins; it’s Queen Elizabeth II’s preferred tipple.

But Damn the Weather’s Deshler deploys Dubonnet’s younger cousin. Byrrh, pronounced “beer,” dates to 1866. It’s made from Carignan and Grenache grapes from the Roussillon region macerated with neutral spirit, then blended with dry red wines also from the far south of France. The resulting mixture is cold-flavored with dried crushed quinine bark. By 1935, Byrrh had become France’s most popular aperitif. Even more famous were its ubiquitous advertisements, used in films the world over to signify Frenchness; a Byrrh poster is among the first images in the World War II espionage thriller I See a Dark Stranger (1946), adding authenticity to an ersatz French village erected for mysterious purposes on the Isle of Man. The aperitif itself failed to catch on abroad, despite a Clio Award-winning ad campaign in the 1960s that rated a cameo on Mad Men. For decades Byrrh was unavailable in the United States. 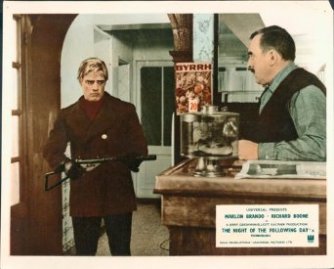 Marlon Brando takes aim with a Byrrh poster behind him in 1968’s Night of the Following Day.

Damn the Weather’s Jay Kuehner credits “the rise of cocktail culture” for the return of Byrrh and other fortified aperitifs. “The popularity of drinks like the Vesper and the Deshler ensured Lillet and Dubonnet had a place in most back bar fridges,” Kuehner said, adding, “Hopefully, they were refrigerated.” But when importer Haus Alpenz began distributing “a range of ‘forgotten’ or waylaid fortifieds like Cocchi Americano and Byrrh, soon these replaced the old standbys.” It proved tough for Kuehner to abandon tradition: “For me, Dubonnet’s link to the old French Foreign Legion made it a go-to, but Byrrh’s availability, firmness of flavor, and fancified label have made it indispensable. The claim that these newly marketed classic bottlings offered higher quotients of quinine meant bartenders were keen to mix with them.” Plus there’s the power of the cinema to be reckoned with, Kuehner said. “The sight of Byrrh posters in old French New Wave films gives the brand a little cachet.” 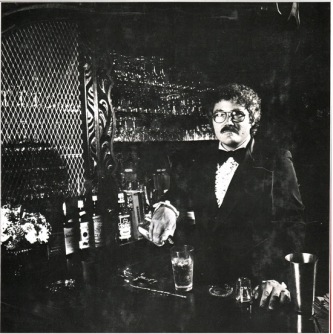 The author at work: Stan Jones behind the bar. Credit: amountainofcrushedice.com

Taste is the ultimate test. Byrrh is sharper and more bitter than Dubonnet, angular as opposed to Dubonnet’s roundness. Its bolder presence gives the Deshler stamina to hold up in the later rounds. One sip and I was sold.

Damn the Weather’s crew also substitutes Byrrh for Dubonnet in another unsung offering. Ben Perri, currently of Seattle’s Blind Pig Bistro and Babirusa, introduced me to the Crux by asking, “How ‘bout a nice Hawaiian Punch?” He pitched the Crux as a sophisticated version of every kid’s favorite beverage, maintaining the fruit flavor without the cloying sweetness. The drink first appeared in Jones’ Complete Barguide, an out-of-print compendium of cocktails collected during the dark ages of drinking—the 1970s—by bartending lifer Stan Jones. Jones’ Crux with Dubonnet is wonderfully balanced and not remotely saccharine. Put another way, damned if it doesn’t taste like Hawaiian Punch all grown up, holding down some tech sector job and living in a swank bachelor pad. Using the more robust Byrrh only makes a good thing better. 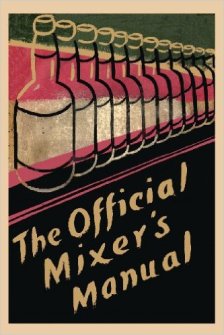 Inspired by the experimentation, I went home and drafted Byrrh in service of Dubonnet in a third cocktail. There are several recipes for the Opera. When in doubt, I turn to Patrick Gavin Duffy and his 1934 Official Mixer’s Manual. Duffy calls for a generous pour of gin. He also uses double the amount of maraschino many contemporary bartenders prefer, but I like the foundation it provides. I also add orange bitters for a citrus element that complements the Byrrh beautifully. The Opera’s light, crisp flavor may not rattle the rafters when it steps up for its aria, but it will ring down the curtain nicely. 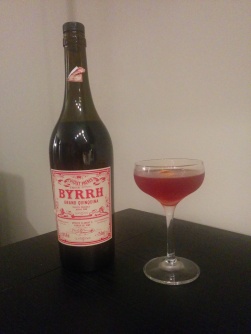 Vince Keenan is the associate editor of Noir City, the magazine of the Film Noir Foundation. His book Down the Hatch, collecting essays featured in Slate and usatoday.com, is a Kindle bestseller. He writes about cocktails and popular culture at blogs.vincekeenan.com. An ex-pat New York Mets fan, he lives in Seattle.