DUCK! The Movies Are Coming At You!

Many blockbuster features are shown in 3D today. Not all are actually filmed with two cameras but converted digitally later. The current Inside Out and Minions were films in 3D but Mad Max: Fury Road, Jurassic World and Terminator: Genisys were not. This list will tell you which is which.

But have no fear…this week there are two very different and unique showings of rarely seen “true” 3D short films in the Bay Area and both are must-see shows.

To commemorate the centennial (!) of the first exhibition of a 3D motion picture in 1915, the 3-D Film Archive has assembled an amazing 94 minute collection of stereoscopic shorts and curiosities. They include: the earliest extant 3D film from 1922 with incredible footage of Washington D.C. and New York City; New Dimensions (aka Motor Rhythm), the first domestic full-color 3D film originally shown at the New York World’s Fair in 1940; Thrills for You, a fascinating promotional film for the Pennsylvania Railroad (first shown in 1940 at the Golden Gate International Exposition in San Francisco); Boo Moon, a color Casper the Friendly Ghost cartoon from 1953; Doom Town, a controversial anti-atomic testing film; the rare comedy I’ll Sell My Shirt; and 3D trailers for films such as It Came from Outer Space, The Maze and Miss Sadie Thompson.

Complete information on the screenings here.

Their Blu-Ray of 3D Rarities has just been released for home viewing.

and will be reviewed in a late July issue of EatDrinkFilms.

The Exploratorium offers a totally different program of 3D shorts on THURSDAY, JULY 16 at 8pm. 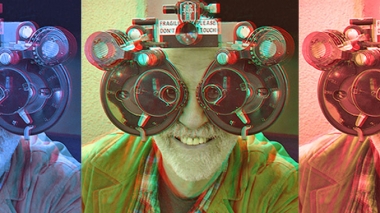 Behold a brilliant lineup of depth-defying shorts, rare treasures, low-budget labors, and dazzling studio magic plus some of the most creative contemporary 3D shorts being made by independent filmmakers today. From Harold Lloyd to OK Go with Pilobolus and presented by 3-D impresario Robert Bloomberg, these humorous and eye-popping works span over a century of stereoscopic cinema. Don a complementary pair of 3-D glasses to view the nocturnal world of carnival rides, encounter feline secrets, learn how refrigerators really see us, and more. To be screened with dual projection system for a brighter image.

Come test your palate at San Francisco’s inaugural spicy food and IPA festival – Hops on Fire! How high can you climb on the Scoville Scale: Jalapeño? Cayenne? Habanero? Perhaps even Bhut Jolokia – the infamous ghost pepper? Challenge yourself and pair some amazing local spicy cuisine with some of the nation’s best IPAs. 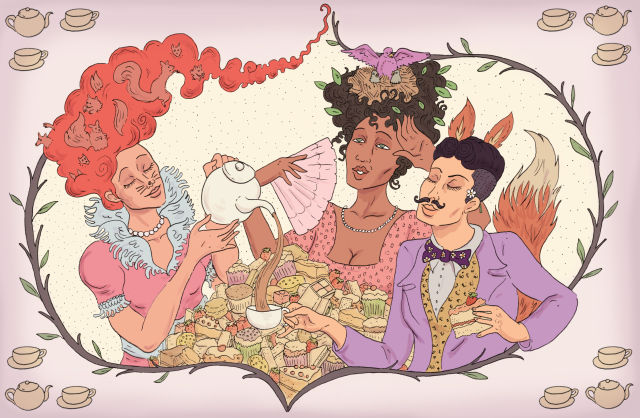 The time to get 1920s dapper is upon us finally! The sun is shining and it’s the perfect weather for a show of wonderment and sultry performances. Join the Cuddlefish Ladies at Lake Merritt for their first East Bay event!

A Tea Party and Cabaret at the outdoor CuddleClub – feel free to bring picnic blankets, a chair and of course a special tea cup for sipping.

There will be tea and treats for sale, but please know this is BYOB so bring something fun to spike your tea with. Shhhhhh: Don’t tell the fuzz though—they can’t afford another raid!

The Party is Saturday, July 11 and refreshments begin at 2pm. Please try and make it before 2:30pm as the “Curtains” will raise shortly after.

This will be a classy affair so grab your long gloves, suspenders, bootleg flask and get down to the park~!

On the grass near Chidlren’s Fairyland entrance, between Bay Pl. and Park View Terrace. Use the 19th St Oakland BART.