by Daniel and Darcey Self-Barnes 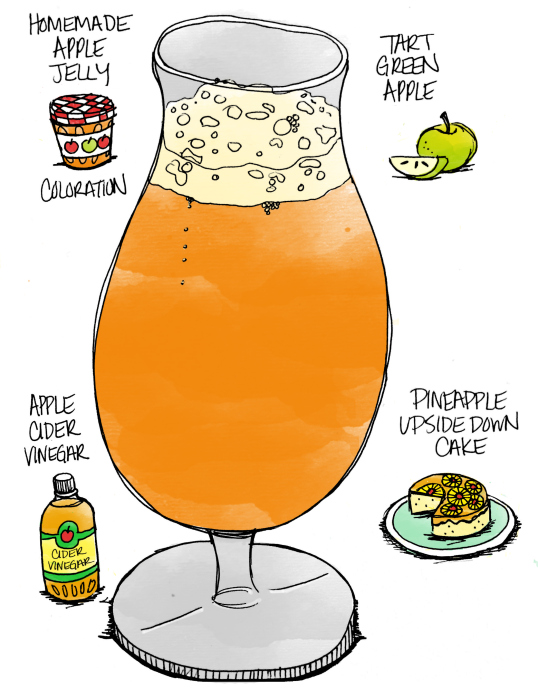 This “Belgian-style Amber” was brewed by Florida-based Saint Somewhere Brewing Company with their own house yeast, and open fermentation techniques were employed.  It pours an opaque chestnut brown with a cumulus cloud of a dirty blonde head.  Lecto Divina boasts a lovely nose of fruity Belgian yeast, dates, dark fruits, and tropical nuts.  Despite the quad-like color and nose, the beer is actually quite tart on the first swallow, heavy on green apples and other sour fruits.  With its peppery yeast and tongue-coating flavor, Lectio Divina is almost saison-like, and while it’s a fine beer now, Saint Somewhere expects it to mellow and ripen with age.