This, it turned out, was her uniform. She was Andrea Crawford, backyard salad gardener for Chez Panisse, who had several small plots of mesclun—Provencale-style baby mixed salad greens—growing on Hearst Avenue in West Berkeley, where I lived with Terrel and the kids. She stopped to introduce herself, and we realized we had met a few years before, upstairs at the Chez, as it was called, where she had been a server, attending some of the Pacific Film Archive film dinners as waitress and participant.

Andrea explained that Alice Waters insisted on the freshest greens for her signature salad, which was on the menu every night. (In an interview twenty years later, for an article I was writing on the history of salad, Alice told me that she would be happy if the only thing she got credit for was reinventing and popularizing mesclun.) And the way to insure that supply was to have the plants grown in Berkeley. 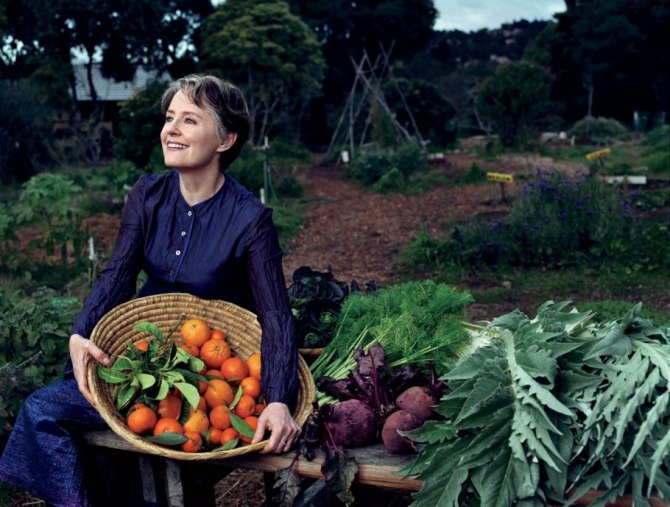 For a while that was a garden in Alice’s backyard, but the popularity of the restaurant outgrew that space, and Andrea was charged with the responsibility of expanding into other backyards. The salad was grown in the French intensive method: raised beds of composted soil covered with white PVC hoops and shade cloth to protect the delicate leaves from the noonday sun. Fifteen or twenty different greens, 2/3 sweet (Bibb lettuce, red and green romaine, red and green oak, tango, red salad bowl, mache, tatsoi, chervil, sorrel, orach, mizuna, baby chard, baby spinach) and 1/3 bitter (field cress, sweet cress, arugula, radicchio, red treviso, frisee) were planted densely in distinct areas. The leaves were cut near the stem, leaving enough to allow the plant to grow back. This is called cut and come again, and they did come again, up to four or five times before new plants took their place.

Andrea would harvest in the morning before it got too warm, and take her ten or so pounds to the kitchen to be washed and refrigerated. In those days the price was something like fifteen dollars a pound, and Andrea was able to cover her expenses with this small harvest, for she lived on a sailboat, the Blue Nose, in the Berkeley Marina, with her sailor husband Denny and her two young kids, Elaf and Nate.

The backyard of the rambling Victorian house we were renting within an unbroken quarter-acre space just off San Pablo Avenue had been a vegetable garden under my amateur hand the year before, and I suggested to Andrea she might want to consider using it, as she was running out of space once again. Chez Panisse was now part café/bistro and, at the height of its popularity, serving several hundred meals a day. Andrea jumped at the idea, and our yard quickly became filled with raised beds of green and purple salad greens. And of course we had that wonderful salad for dinner every night.

Andrea realized that she couldn’t easily expand her business in the Bay Area because, as a member of the Chez Panisse extended family, it would have meant competing with her dearest friends. It occurred to her that Los Angeles had not yet really experienced the local ingredients movement, and that she might be able to create a dynamic produce company in Southern California. I encouraged her in this plan and wrote a letter of introduction/recommendation leveraging my modest fame as a cookbook author. 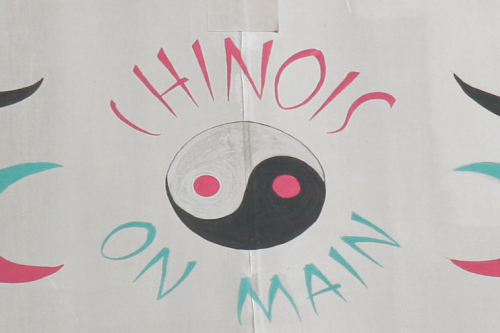 Wolfgang Puck, the Southern California king of New American Cuisine whom I addressed, was quickly won over by Andrea’s direct no-nonsense approach, her ambition, her knowledge of food and gardening, and the Chez Panisse halo she wore proudly. He immediately turned over all his salad orders to her, and the race was on to find the space to begin. Through a network of friends, including screenwriters we knew in Venice, she found backyards and set up shop. Her salads immediately were a huge success. Chefs were blown away. They had never seen anything like it. She had the first mixed baby lettuce salad in LA, competing with romaine, butter lettuce and iceberg.

Puck asked her to come up with a special blend for his new Pan Asian restaurant, Chinois-En-Main, and brilliantly, she invented a phosphorescent-colored, tangy, exotic East West Mix made from spicy purple Osaka mustard leaves, delicate baby tatsoi, resinous Shinjuku, jagged mizuna and dramatic amaranth. It was unique, and it became a signature component of the menu.

The same year that Andrea and her family moved to Los Angeles—1985—Terrel wrote a spec screenplay hoping to attract an agent. The script was optioned, she was signed by an agency, and we decided to move to Los Angeles the next year. By then Andrea had several new restaurants and was once again looking for more space. 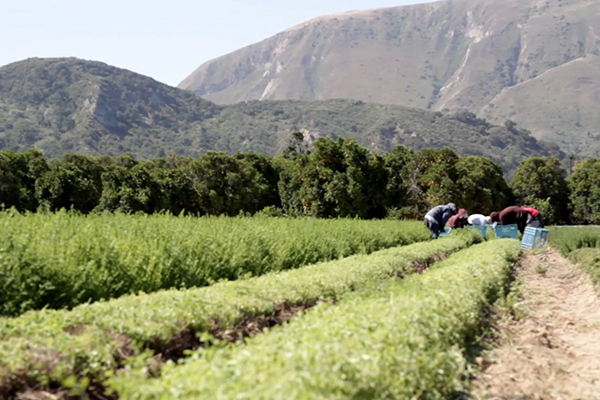 Fortunately, the Los Angeles Department of Water and Power had created a program to rent land at the foot of its large electric towers that ran through the city to nurseries. They maintained a narrow access road in the center of these plots that were about 50 yards wide, and the rest was available for planting. Not realizing the value of the land—Andrea was the first to have a vegetable garden—they leased a five-acre parcel off Ventura Boulevard in a luxurious neighborhood in Encino at the foot of Kenter Canyon for one thousand dollars a year. The farm paid the water bill for the drip irrigation, a few hundred dollars a month. Kenter Canyon Farms was born.

Return next week for part two of “The Salad That Ate New York,” with more on Kenter Canyon Farms, mesclun and the billion dollar salad industry.

Isaac Cronin is the author and editor of fourteen books, including six cookbooks. He has been a commercial fisherman and a farmer, the marketing director of a cookbook publishing company, and a screenwriter. He is a founding partner of Meteor Oven, an Oakland company with a new ceramic that improves cooking speed and enhances food flavor.