A delightful blend of films that range from an exceptional sea faring drama, THE AGE OF SAIL to a very funny and goofy cartoon comedy, THE GREEN BIRD are part of The 20TH Annual Animation Show of Shows starting its national release at four San Francisco area theaters on Friday, November 2.

There are  handsome experimental images of a couple dancing in the sky with the moon, sun and earth depicting a celestial love triangle in MY MOON  while POLARIS offers an ecologically poignant moment with a polar bear adrift on the sea.  The innocent imagination of a child is suggested in SUPER GIRL, a minute long poem created by a preschooler. GRAND CANONS overwhelms us not by the beauty of nature but by… (I’ll let it take you by surprise).  In short this collection of new films offers something for everyone.

My favorite film was THE AGE OF SAIL, directed by John Kahrs and produced by Google.  Kahrs won an Oscar in 2013 for his Pixar short PAPERMAN and has animated on ten features for Pixar and Disney.  His new short is an action packed adventure with an old sea captain. It’s beautifully rendered sea and lighting effects are just as magnificent as the story.  It has qualified for an Academy Award nomination and it is certainly worthy of winning.

Another Pixar animator, Trevor Jimenez, made WEEKEND in his spare time over a four- year period.  It explores the two distinct lives of a child. He lives during the week with his quiet reserved mother who plays classical music on her piano, and the weekends are with his fun loving father whose taste for music and many other things suggests why this couple is separated.

A completely different kind of film experience is CARLOTTA’S FACE by Valentin Riedl and Frédéric Schuld from Germany.  It is a sensitive portrayal of a woman with prosopagnosia.  An online dictionary defines it as “a neurological condition characterized by the inability to recognize the faces of familiar people.”  The film is a fascinating work of semi-abstract visuals.  Knowing in advance what the condition is gives understanding to the films unusual visuals.

ONE SMALL STEP by Andrew Chesworth and Bobby Pontillas tells a heart-warming fantasy about a Chinese-American girl’s desire to be an astronaut. The dream sequence of flying into space and to the moon with her father in a cardboard box is quite wonderful, but dreams can be shattered.  The film has a poignant lesson about the importance of studying hard in school.

From CAL Arts’ exceptional animation program comes the film BARRY, about an extremely intelligent goat who just happens to desire becoming a medical doctor.  From a school in Estonia comes one of the weirdest films imaginable, A TABLE GAME by Nicolás Petelsk, who studied with Priit Parn.  He has created a strange surreal four-minute experience that defies a rational explanation.

Veronica Solomon from Germany has created LOVE ME, FEAR ME, an impressive symbolic acrobatic pas de deux between two dancers made of clay.  It conveys a wide range of emotions such as love, hatred, joy, fear and others with powerful visuals.  The manipulation of the material is exceptional as the visuals flow smoothly and at times seems to defy gravity.

For detailed descriptions, images, and filmmaker biographies check out one of the best press kits we have seen.

The 98-minute 20th Annual The Animation Show of Shows was created by Ron Diamond to share his love for this great creative art with the public.  His mission is to educate people that animation can be more than entertainment for kids.  It can be a remarkable art form.  In the past Ron showed his programs of innovative shorts to appreciative audiences at animation studios and schools; however, in 2015 he began to broaden his distribution to theaters around the world too.

If you haven’t seen any of his past shows and wonder if they really are something you might enjoy it is fair to state that you may not love every work as one’s tastes vary widely, but the overall quality is excellent and past shows have included 38 films that went on to receive Academy Award® nominations and 11 that were awarded Oscars®. Most of the films have distinguished themselves by winning honors at other film festivals.

The annual Animation Show of Shows, founded and curated by producer Ron Diamond.  Is funded in part by private benefactors who loved and support creative new uses of the art, a successful Kickstarter campaign and with donations from animation studios. The Animation Show of Shows, Inc. is a 501(c 3) not-for-profit organization founded in 2015 for the express purposes of increasing public awareness of exemplary international animated shorts and restoring and preserving important short animations from the past.

The Official Website also offers many great works of animation from past shows available as downloads or DVDs. Also check out the ASOS Facebook page for news and updates. 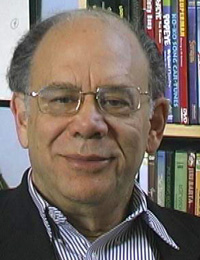 Karl Cohen has been teaching animation history at San Francisco State University since 1993, and has been writing about it since the late 1970s. A notable collector of animated films, he is the author of Forbidden Animation: Censored Cartoons and Blacklisted Animators in America. As the president of ASIFA/San Francisco, he edits and writes for the ASIFA/San Francisco newsletter, read by animation fans around the world. He is currently writing a book on animated propaganda and has written for EatDrinkFilms.com about Pixar, classic Disney animators Marc Davis and Charley Bowers.