Alfred Hitchcock’s Vertigo (1958) starts with a disembodied close-up of a woman’s face that moves up to her eye, while Bernard Herrmann’s score begins its moody and compulsive circular rising-and-falling motif – immediately haunting and troubled.

[We suggest you click and listen to Bernard Herrmann’s opening theme as you read this article -Or listen to the complete score-ed.] 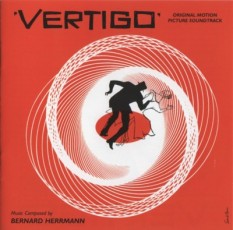 The credits, designed by Saul Bass, quickly turn into a series of swirling abstract graphics, spinning and changing as the music introduces, then abandons, its variations. The musical theme is circular and never resolves, and those circles turn and then disappear, as well. It’s all a perfect reflection of the plot itself, in which detective Scottie Ferguson’s (James Stewart) obsession with Madeline (Kim Novak) is maddeningly repeated in the second half, a descent into a vortex of madness.

Like the music itself, Scottie’s obsession seems to circle back to the beginning, grasping nothing, at the top of that bell tower which he can’t climb over and from which he can’t let himself safely down. It’s as if the music had created the plot, a narrative made tangible before the first scene is even on screen.

Vertigo is a film about looking – about how appearances can hide (or substitute for) substance. Herrmann’s score is an important aspect of how we interpret the picture, foregrounding an ongoing emotional uncertainty in its melody; and, unlike accepted practice, we are often very aware of it as the film goes on.

The score seems to intentionally draw attention to itself. And Friday-Saturday, Feb. 12 -13, at 8 p.m., the San Francisco Symphony is playing the complete score live, accompanying a showing of the film. It will be guest-conducted by Joshua Gerson, assistant conductor of the N.Y. Philharmonic.

This event is a unique opportunity to hear the haunting score in its entirely, and to appreciate how much it contributes to how we read Vertigo.

Bernard Herrmann, trained as a symphony conductor, wrote more than 50 film scores from the 1940s to the 1970s. His first score was for Orson Welles on Citizen Kane (1941). They had met while doing radio; Herrmann conducted the incidental music for Welles’ The War of the Worlds broadcast in 1938.

His last score was for Taxi Driver in 1978. Herrmann almost didn’t accept the assignment, but then he saw the rough cut and was taken by Travis Bickle’s character pouring peach brandy over his corn flakes. “I’ll do it!” Herrmann told Scorsese.

Herrmann’s melodramatic score for Taxi Driver seems to belong to a prior age, and positions Travis Bickle as a man not in his own time – out of place. But Herrmann is best known for the nine films he scored for Alfred Hitchcock, from 1955’s The Trouble with Harry to Torn Curtain (1966), including, most famously, the shrieking strings of Psycho (1960). He later worked on Hitchcock “carbon copies” such as Truffaut’s The Bride Wore Black (1968) and De Palma’s Sisters (1973) and Obsession (1976). Herrmann also spearheaded the use of an electronic Theremin in The Day the Earth Stood Still (1951). 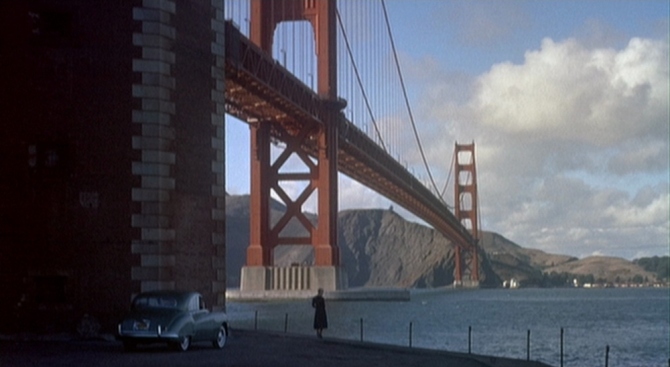 Vertigo rather famously confounded critics when it was first released. It was considered confusing and unclear – the mystery barely gets solved and order is not restored at the end. After 1964, the picture was all but impossible to see until it was re-released in 1984 along with a handful of other “lost” Hitchcock films by Universal. By that time its reputation – along with the critical appreciation of Hitchcock in general – was vastly improving.

Produced between two much more conservative “thrillers,” The Wrong Man (1956) and North By Northwest (1959), Vertigo has always been an outlier, a kind of fever dream centering on the interplay between death and desire, on the fear of falling in love and of falling. The murder plot, the reason underlying Judy’s impersonation of Madeleine, is dependent upon, and ultimately overwhelmed by, Scottie’s obsessive need to remake her into something she’s pretending she’s not. And he doesn’t do so for the purpose of uncovering the hidden or mistaken identity most movie detectives would be motivated by — but to reclaim some past erotic fugue state he can’t quite articulate. In the process, he complicates Judy’s own desires as well as our awareness of how in control she is of her own actions. No wonder the film didn’t go down so well in 1958.

Hitchcock mostly left Herrmann to his own devices, not giving him many notes. Hermann therefore builds a wash of music embodying emotional conflict, with the string and brass opening chords, repeated over and over yet never resolving in any of the five variants he uses as themes.

Herrmann scores his rising and falling triplets with high winds counterpointed with low brass or percussion. It echoes the on-camera effect Hitchcock devised to simulate actual vertigo: the dolly-back-while-zooming shots, marrying two contrasting elements that emphasize each other while moving in opposite directions.

The score thereby mirrors Scottie’s obsession with Madeleine and his struggle with vertigo; the duality of the Madeleine/Carlotta character; the past and present; and, as film critic Robin Wood pointed out, Scottie’s struggle with Eros and Thanatos, both in love with the idea of Madeleine but ultimately unable to do anything else but restage her death – if only to get her out of his nightmares.

Also note that the effects track cooperates with and is sometimes co-opted by the score. Traffic and other sounds fade or cut out to make way for the music. Vertigo is Hitchcock exploring an increasingly nonliteral and more baroque, almost avant-garde, approach to his narrative. He’s going more for effect than simple logic. This approach would give Psycho much of its power two years later.

In spite of an apparent sameness to the various subthemes of the score, they build and vary in intensity depending on whether Scottie, Madeleine or Judy is on screen. Orchestrations are unorthodox and use counterpoint to sometimes overly melodramatic effect – and the running time of almost 75 minutes is the perfect length for playing along with the film.

The San Francisco Symphony performed the World Premiere of the uncut score of Vertigo in November 2013, and since then live performances of Vertigo’s score have become a common event for many regional symphonies. It’s been played from New Jersey to New Zealand. Last year it was performed in Germany and Brazil.

Herrmann’s Vertigo score is an exemplar of how music can be a signifier of the themes on screen. It’s a cinematographic element no longer invisible to the viewer, but part of the text. His score draws attention to itself from that very first image. The music seems to be creating those swirling circles as it plays, or perhaps, the drawings are shaping and conducting the music. The film itself proceeds to follow the inevitable emotional whirlpool the music has already established.

All you have to do is listen, and brace yourself. 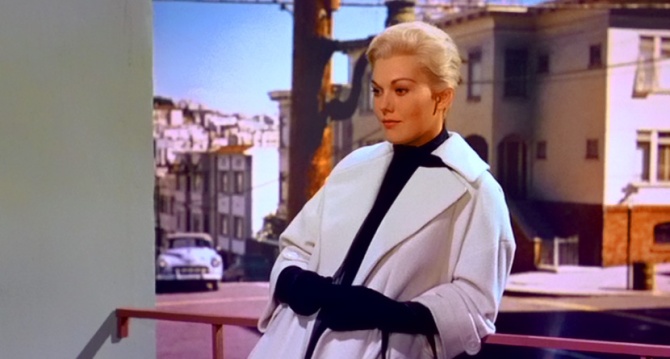 Note that Kim Novak, Vertigo’s star, is scheduled to appear with S.F. Arts Writer Stephen Winn for a pre-concert conversation from 7-7:30 p.m. both nights for all ticket holders. Although she worked with him only once, the actress embodies the typical Hitchcock icy blonde in arguably the signature part for that role, and in spite of rumors, she has fond memories of working with Mr. Hitchcock. Novak also worked with James Stewart again that same year in Bell, Book and Candle.

Buy tickets to the concert here.

Last year, Roger Leatherwood wrote about Hitchcock/Truffaut (the book and documentary) for EatDrinkFilms.com. 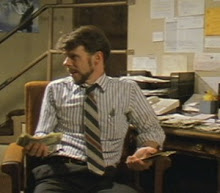 Roger Leatherwood worked in all levels of show business over the last 20 years, from managing the world-famous Grand Lake Theatre in Oakland to projecting midnight movies to directing a feature about a killer, Usher (2004), that won numerous awards on the independent festival circuit. He currently works at UCLA managing the instructional media collections, which to him is its own kind of show business. His film writing has appeared in numerous publications, including Bright Lights Film Journal, European Trash Cinema, and his blog mondo-cine.

For more about Bernard Herrmann, Alfred Hitchcock, Vertigo , we recommend: