Insider accounts of the independent filmmaking scene, particularly the heyday from ’80s to the ’90s during the Sundance and Miramax era, were a publishing rage for a short while. The independent scene invaded Hollywood’s inner sanctum as documented in Peter Biskind’s Easy Riders, Raging Bulls: How the Sex-Drugs-and-Rock ’n’ Roll Generation Saved Hollywood (1999) (Amazon or Indiebound), all but giving the keys to the new auteurs and wunderkinds of the film-brat era (Spielberg, Friedkin, Coppola, Bogdanovich, Scorsese, etc.). The success of many small independent films introduced at the Sundance Film Festival, Telluride and others was fomented by the success of Steven Soderbergh’s Sex, Lies and Videotape in 1989 (at Cannes) and created a “anyone can do it” attitude at the same time cameras and film-making recourses became cheaper and more available.

Robert Rodriguez’s Rebel Without a Crew (1996) (via Amazon or Indiebound) documents his attempts to make and sell his El Mariachi (1992) for a reported $7000, the precursor and epitome of such you-can-make-a-movie self-help books. It wasn’t long before higher-placed insiders would tell their own stories, accounts from John Pierson’s Spike, Mike, Slackers, & Dykes: A Guided Tour Across a Decade of American Independent Cinema (1995) (Amazon or Indiebound) to producer Christine Vachon’s Shooting To Kill: How an Independent Producer Blasts Through the Barriers to Make Movies that Matter (1998) (Amazon or Indiebound). They’re snarky, and very inside about the go-go era when having a great idea and executing it cheaply was enough to succeed.

This period of filmmaking in which vision was as common as access to studio-level distribution was short-lived. Histories of the post-Raging Bulls period range from Biskind’s own Down and Dirty Pictures: Miramax, Sundance, and the Rise of Independent Film (2004) (Amazon or Indiebound), which disparage Miramax’s checkbook acquisition strategy as the cancer ruining Sundance and true diversity of film voices, to personality-driven Rebels On the Backlot: Six Maverick Directors and How They Conquered the Hollywood Studio System (Sharon Waxman, 2005) (Amazon or Indiebound) which treats the visionaries of the next generation (Tarantino, Russell, Anderson, etc.) as entitled spoiled brats, unaware of the financial realities of the business.

Which brings us to Edward Burns and the just-released Independent Ed: Inside a Career of Big Dreams, Little Movies, and the Twelve Best Days of My Life (2015) (Amazon or Indiebound). Burns’s career started in 1995 with The Brothers McMullen, which won the Sundance Film Festival’s Grand Jury prize as well as Best First Feature at the 1995 Independent Spirit Awards. Twenty years later his career is capped by the imminent premiere of his TNT series Public Morals this week (and executive-produced by Spielberg). The timing of the book may not be accidental. As a history it sits firmly as the most amicable of these memoirs, its model closest to the one-person journey of Rodriguez, a “how I did it” recounting with tales of funding, shooting, mistakes, and disappointments, and how he basically has to figure everything out himself while naysayers criticized his choices.

But Ed Burns in no Rodriquez – he describes a much more supportive environment with more resources at his disposal. He worked at Entertainment Tonight and used their cameras and editing equipment on weekends, a similar Cinderella story to Joe Carnahan’s [Blood, Guts, Bullets and Octane (1998)]. His challenges were less catastrophic – he didn’t have to (literally) sell his blood to fund the next week’s shoot. Unlike Rodriquez, whose attitude is infused with the self-confidence to know he’ll just do it his own way, Burns adopts the tone of naive outsider, amiable and slightly feckless, seemingly ignorant about the normal route to getting his film made and seen. It’s endearing – what he doesn’t know allows him to make decisions a more cynical filmmaker would never consider – and matches the nice guy we know from his acting roles. But blithely taking risks is a flavor of advice that’s not entirely helpful and a little disingenuous.

The Brothers McMullen was produced for $25,000 of his friends’ and his father’s money in 1993 and was the perfectly rendered small New York romantic comedy, a synchronicity of tone, early buzz at Sundance, and luck. His films have never strayed far from this harbinger, his best work focusing on Irish-Americans, romance and relationships, heavy on dialogue scenes and light on big set pieces. The success of McMullen propelled him instantly to another plateau.

After toying with larger budgets ($3 million for his follow-up She’s The One (1996) and being cast in Saving Private Ryan (1998) he found himself a reluctant leading man onscreen working with the likes of Robert De Niro [15 Minutes (2001)] and Angelina Jolie [Life or Something Like It (2002)]. He kept coming back to his own small personal projects, fighting to direct 12 movies over 20 years.

That’s certainly an admirable accomplishment. His tone in the book is deceptively humble, never sure his fame and the opportunities that kept opening up for him were wrong turns. He turns down parts in major movies, offers to do TV shows and direct Hollywood projects. He does accept co-starring roles with Dustin Hoffman, Jennifer Aniston, and De Niro (because it was “the chance of a lifetime” he admits), often to earn money to finish a film he currently has in production.

These work-for-hire films contribute little to his legacy – regardless of their pedigrees those films are mostly disappointing [Confidence (2003), The Holiday (2006)] or worst [15 Minutes, A Sound of Thunder (2005)] just cable fodder. It’s clear he never quite committed to these projects and the reader can’t help suspect he knows he doesn’t really belong in that company. They’ve both diminished and pigeon-holed him. I think he knows it but seems too amiable to protest.

Only twice in the book does he express real anger – once when a marketing guy begins suggesting cuts to The Groomsmen (2006) at a screening (without first introducing himself), and again when a financier who, during preproduction meetings for another film, had the nerve to tell Burns how to shoot cheaply on the streets of New York. Both incidents take the reader by surprise – you didn’t know he had it in him.

Burns talks about how the 12 days he took to shoot The Brothers McMullen were the “twelve best days of my life” of the subtitle. Twenty-three years later he’s given an extended schedule for the pilot of Public Morals – twelve days to shoot the project he’d been percolating for years, another Irish-American cop story set in the ’70s. Between the two projects he made 12 films of increasingly smaller impact, with smaller budgets and general interest. He’s stuck in a Woody Allen mode, serving a loyal but increasingly smaller niche fanbase.

He dealt with this by being the first filmmaker to premiere a film as an iTunes exclusive (Purple Violets in 2007), and three years later the first with a VOD exclusive (Nice Guy Johnny in 2010) – both successful in a new independent distribution marketplace.

These are marketing tricks – Burns admits as much – but demonstrate his flexibility in the changing market. The book ends up positioned as the Edward Burns self-help book and an extended advertisement for his films (most available to these new platforms). As much hagiography as autobiography, he gives advice on staying the course, believing your dream, knowing your own voice, and after 250 pages, the takeaway ends up being with the resources almost always at his disposal (and he could always take another acting gig if needed), he figures out he’s actually pretty good at what he does. 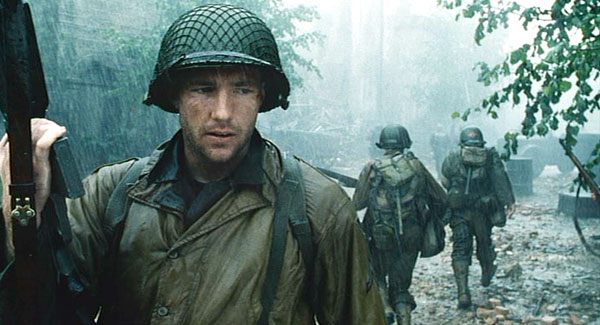 Ed Burns became an almost accidental star, more interested in producing films based on his access to available resources, a limitation he weakly fought against and that truly shaped his voice and career. He denies the privilege his fame has actually afforded him. How many of us can consult with Spielberg on our upcoming mini-series concept?

Is Edward Burns an independent icon because his vision is limited to that size, or because he was unwilling to compromise? Did he turn his back on Hollywood, or unable to exploit the position he found himself in? I’m still not entirely sure.

We encourage you to buy Independent Ed: Inside a Career of Big Dreams, Little Movies, and the Twelve Best Days of My Life (2015) from your local bookseller, but you may also use our affiliate links via Amazon or Indiebound. Watch his new series Public Morals on TNT.

Roger Leatherwood worked in all levels of show business over the last 20 years, from managing the world-famous Grand Lake Theatre in Oakland to projecting midnight movies to directing a feature about a killer, Usher (2004), that won numerous awards on the independent festival circuit. He currently works at UCLA managing the instructional media collections, which is its own kind of show business. His film writing has appeared in numerous publications, including Bright Lights Film Journal, European Trash Cinema magazine, and his blog, mondo-cine. His article describing Saul Bass’s B-rolls archive appeared in EatDrinkFilms Issue #44.