[We recently had the opportunity to see the first episodes in an exciting new series of food films. They pack a lot of story into their short running times of three-to-seven minutes by each concentrating on a single person. We asked series creator Kevin Longa to tell us about his journey. He has launched a Kickstarter campaign. It ends Sunday, August 23. We think it is a worthwhile project and urge you to take a look after you read this article.-ed.]

Who would have thought I was about to discover stories of sacrifice, love and creativity – all in the name of gastronomy?

It was 2013. The bags were packed – the bank account drained. On the road with nothing but a camera and an appetite, I learned that all food entrepreneurs have a story — from Gloria, the poultry queen of Spain, to Rithy, the Cambodian drug addict-turned-master baker. Their food and stories have fueled my filmmaking ever since.

For two years I’ve been filming and getting to know the people who make our food: food entrepreneurs, to be exact. They come from all walks of life: grocers, hunters, farmers, chefs, fishermen, bakers, pastry chefs, food truck operators and more. This global film expedition has resulted in the TASTE With Kevin Longa (or, TASTE, for short) documentary series. 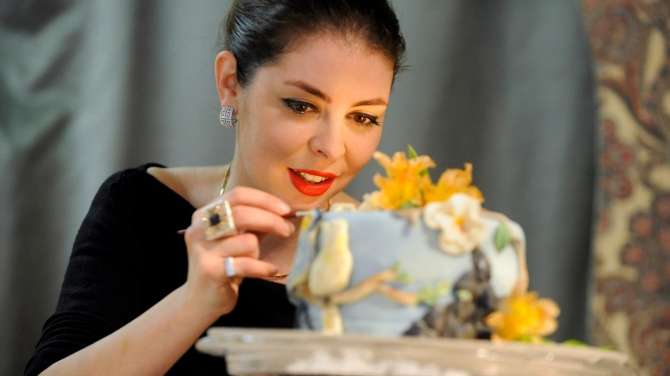 With this series I discovered stories that stretch the gamut of the human experience. As a filmmaker, I relish the opportunities to film a food bicycle owner who endures Krakow’s biting rain, wind and snow in order to serve his customers or to capture the rare moments when Jacob, a caterer with exhaustive work hours, reunites with his kids after two straight weeks of catering gigs.

Most people think that entrepreneurs are lone wolves out to make a profit. This is hardly the case – especially with food entrepreneurs. During my travels I discovered some of the most wonderful and caring people. I found a Hungarian Jewish mother who uses her Hebrew-inspired cake designs to promote Judaism in a re-emerging, anti-Semitic Budapest. Eastern Europe’s toughest TV food celebrity uses his “bulldozing” personality to raise the standards of lagging Eastern European cuisine. In Vienna, Andreas Gugumuck ditched his job at IBM so that he could share the art and bounty of snail (escargot) farming. And in little-known Slovenia, I found a chef and restaurateur duo who aspire to establish a Slovenian identity and pride after years of foreign occupation. And they’re doing so with their provincial cooking and Slovenia’s unique tepka pear (yes, the fruit). I filmed more food stories like these, and I’ve heard many, many more across the globe.

So far, I’ve filmed stories for TASTE: Europe, but I can’t wait to discover other possible food stories. These could be surprising tales of street food in Pakistan or lemonade stands in suburbia; food tech startups in China or 3D-printed food in the Silicon Valley; hawker stalls in Malaysia or food trucks in San Francisco; chocolate farmers in Peru or spice trading in Africa. Like food itself, the possibilities are endless.

By nature, food entrepreneurs create in order to nourish. And they provided me access to their stories that rarely travel beyond kitchen doors. With TASTE, I will finally share these stories.

Across Asia, Europe and parts of America, I’ve been fortunate enough to discover the people who are, arguably, the people most directly responsible for our lives. We all must eat, and the people who make our food make it possible with unparalleled passion. And with this passion, comes stories.

Like nothing else in the world, food and stories have the ability to bridge divisions and forge understanding. Daily we hear news stories of war and conflict between fellow human beings. I have had the fortune of swapping stories over meals only to find that people – no matter where they’re from – have more in common than they do differences.

I hope TASTE‘s food stories can bind a connection and foster understanding. With TASTE, we probably won’t create total world peace. However, it’ll be a small step towards the right direction.

I hope you can join me.

I’d like to share one of the shorts with you. In Dictionary of a Food Hero Chef Matthew Dolan of San Francisco’s 25 Lusk takes on a former criminal, Thunder. Chef Dolan teaches him the slang of the kitchen and changes the young man’s life in the process. 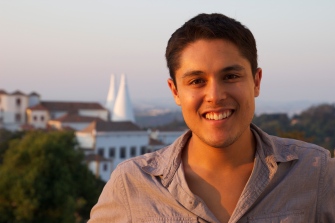 Kevin Longa explores world cultures through the perspective of food and the lens of the camera. Between grade school classes, he created films and won national filmmaking awards such as Videomaker Magazine‘s coveted “Best Student Film of the Year” award (2008). He produced his first documentary investigating food corporations in high school. By the time he earned his UCLA degree and graduated from the Silicon Valley entrepreneurial program Draper University, Kevin had ventured across five continents, filmed countless food entrepreneurs and won film awards around the world. Currently he’s producing TASTE With Kevin Longa — a documentary series that uncovers true stories of food entrepreneurs around the world: tastewithkevin.com

The Kickstarter campaign ends Sunday, August 23. Check it out to get exclusive rewards & discounts. 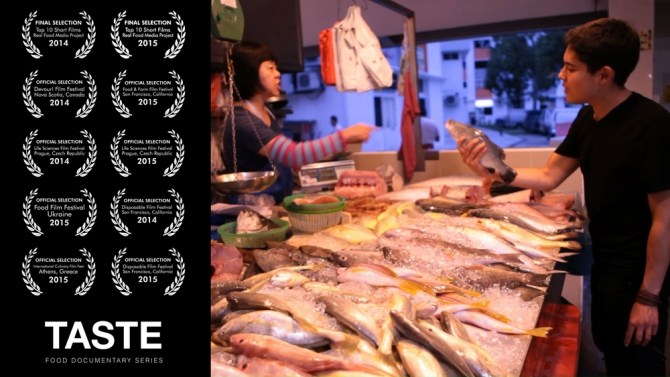