“For people could close their eyes to greatness, to horrors, to beauty, and their ears to melodies or deceiving words. But they couldn’t escape scent. For scent was a brother of breath. Together with breath it entered human beings, who couldn’t defend themselves against it, not if they wanted to live. And scent entered into their very core, went directly to their hearts, and decided for good and all between affection and contempt, disgust and lust, love and hate. He who ruled scent ruled the hearts of men.”

What is it about the power of taste and the possibility of smell to provoke the past? Over the years, both whilst my grammy Gladys was alive and after her death, I would think about—obsess over—and finally make her beloved ricotta gnocchi. These make me smile, deeply. They bring me back to childhood, togetherness, and us making and eating the petite thumb-rolled deliciousness as a family. Polenta does the same for me, but it’s more how we eat the polenta, on the board making pathways to the center. My papa sprinkled red pepper heavily on his territory so no one came near. His tomatoes also made me proud. They were so much a part of him. This is what we grew. This is what we made. This is how we ate. And I cherish it. 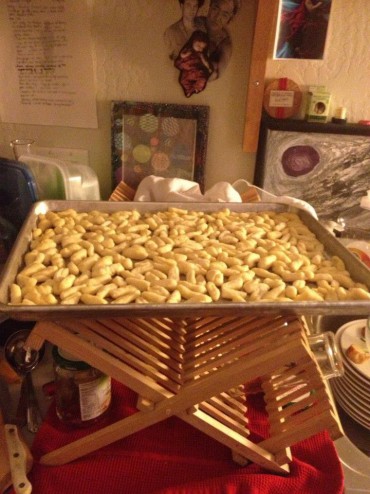 Ricotta gnocchi, in my studio.

My papa Michael Iannacone with his prized tomatoes.

The other day at my studio, I was in the depths of my own raw ingredients—i.e., sorting through fabric under my cutting table—and I came across a plastic bag, with my grammy’s muumuus I had wanted to copy for a collection. I had taken them home after going through my grandmother’s things back in 2012. The powerful scent that lingered in the polyester blew me away, literally. I closed my eyes, and I was back on 233 Tisdale Street in Leominster, MA, a little girl, barefoot on the hot tar, with my very first dog Benjee, awaiting my grammy and papa’s dinner.

Fast forward to 4th Street Berkeley three decades later—I’m now a mother of two and new dog owner of a Pugston mix named Ponyo, surrounded continually by the allure of scent, or rather anything that has a smell. Overwhelmed by the way it pulls me in so many directions—makes me return for the pleasure, pushes me away by repulsion, lures me back to want to wear it, inhale it, consume it—the contradiction of it all. 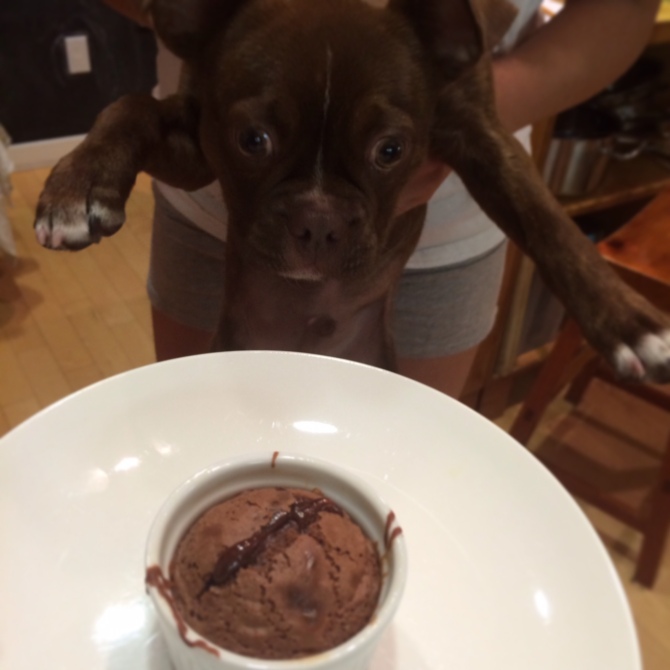 The past couple months have intersected with various guests coming to dinner, interviews with colleagues, visits from friends from afar—whose passion is smell and scent, flavor and aroma—and the translation of these ideas (and places) into products and texts (and even films) that have made me think deeply about the role of the nose and memory in our lives. Below are excerpts of interviews juxtaposed with images—words, scents, tastes (and moments) that have touched me. The devotion to conveying a sense of place is quite remarkable.

Royal drinking something red at Scribe. 2012.

Scribe Winery … backwards, forwards … from a “moveable feast” co-hosted with Andrew Mariani and cooked by Leif Hedendal (with Scribe produce) to Masayo’s magical touch and Katy Cole’s lemonade perfection. The way we move, from dinner and our first tea service at Kiln in Kyoto to Scribe in Sonoma, is oftentimes shocking, especially when our own kids are involved—the disjointing of time and space. 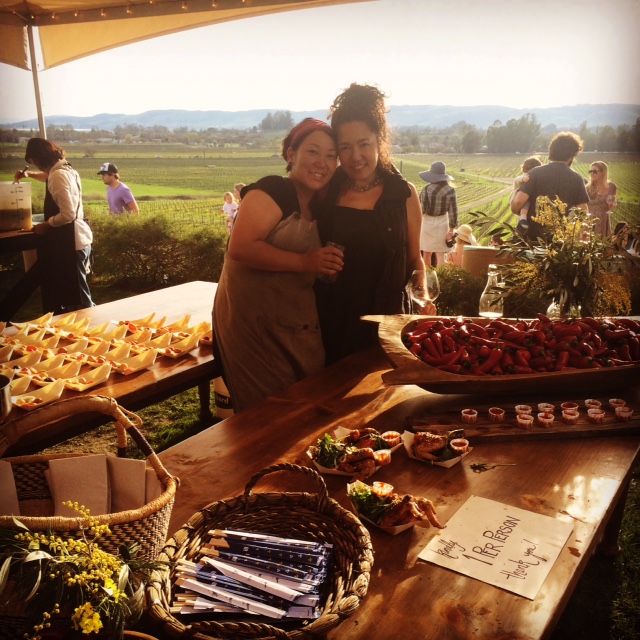 The art and act of discovery—sensing where, eating where—from the first time finding porcini in Telluride, to hunting for elderberry more locally. Spending time with masters of foraging is exciting. It makes me respect the history, and truly appreciate the process and especially the product.

Angelo Garro: “It’s just like a treasure hunt and it’s something that awakens in our body something ancestral like the caveman. We were hunters and gatherers, foragers by origin. It’s a spiritual moment to be immersed in nature, the forest, and it brings back something. People feel happier. Immediately there’s something magical happening.”

Angelo and his discoveries. Telluride, CO. 2013.

Connie Green on the art of discovery and the allure of truffles: “Nature has always been immediate … there’s different rings and layers of discovering things. The idea of discovery—like the British empire in the 1800s. It was like presenting rubies and emeralds. Years ago I would find chanterelles and so many people had never seen them before or even tasted them. It was so new. This was the mid ’70s and early ’80s. It was a thrilling time of discovery—with new tools and new experiences … I had grown up hunting fossils. We lived near an Ice Age spring, and I would just walk out and find treasure … You use your skills to survey your environment. It’s a lot like NYC, where you find patterns, and a certain safety in the streets. It’s an overriding human instinct, like children hunting for Easter eggs.

“Nature is funny in this regard. When I found people to talk about this with, I realized foraging is like farming—as you expand the territory, you expand your knowledge base. ‘This mushroom likes this sort of tree.’ Your mind is in the ‘ground’ of the habitat and what that organism loves. You’re looking for the sweet spot, but then you get the aberration. You’re exploring the boundaries of that life.”

“It’s a very poetic things for people. I love truffles. There’s a hormonal trigger. The scent is evocative of memories. The aromas of things are so powerful, but truffles have a whole other thing. There is trickery involved in nature. We are being manipulated by a fungus that is using us to make their way through the world. The smell causes humans to dig the smell out of the ground, free it, and that’s their game. It smells like the worst teenage boy’s gym shoe. The thing they have in common is the strong smell—whether good or bad. The majority of black truffles are cultivated and grown in a plantation, but the white truffles of Alba can’t be cultivated.” 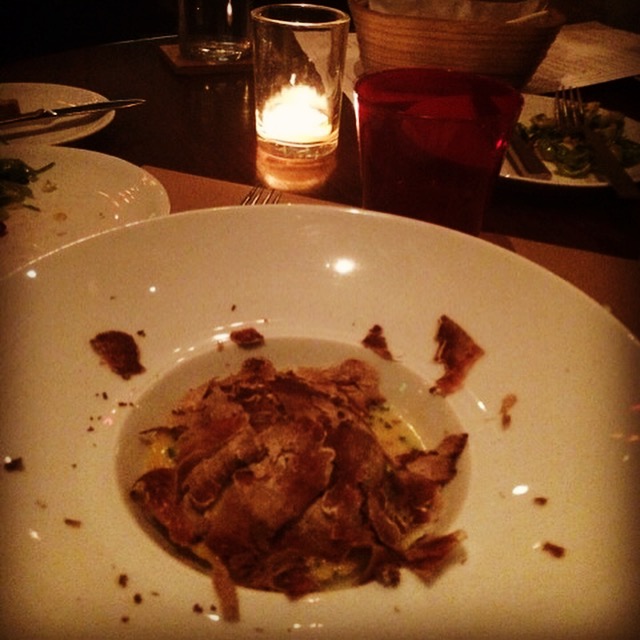 “But when from a long-distant past nothing subsists, after the people are dead, after the things are broken and scattered, taste and smell alone, more fragile but more enduring, more unsubstantial, more persistent, more faithful, remain poised a long time, like souls, remembering, waiting, hoping, amid the ruins of all the rest; and bear unflinchingly, in the tiny and almost impalpable drop of their essence, the vast structure of recollection.”

Return to EatDrinkFilms next week for Part Two of “Following the Scent,” with Hall Newbegin, Cathy Corison and Mary Roach.

For more on the Telluride foraging adventure, click here.