The Balboa Theatre in San Francisco celebrates its 89th year of showing films by recreating a night at the movies during the jazz age. Travel back in time, dress accordingly and join the party. 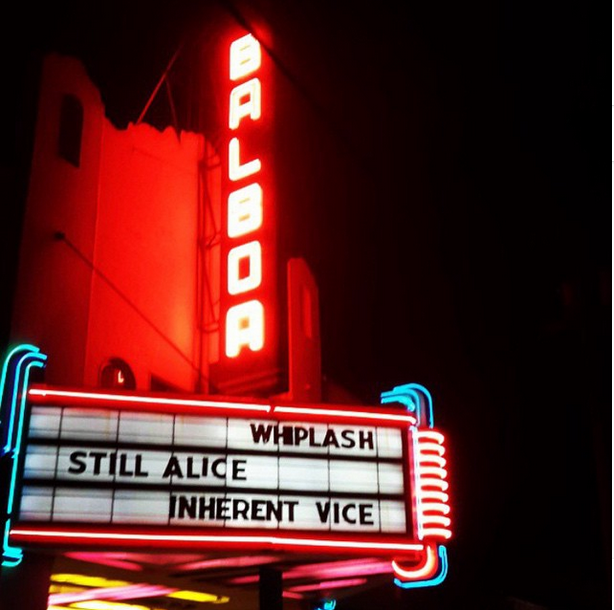 Co-presented with the San Francisco Silent Film Festival on Sunday, March 1, 2015 at 7pm (doors open at 6:30). Get advance tickets here.

Read all about how the Balboa Birthday Cakes are created. 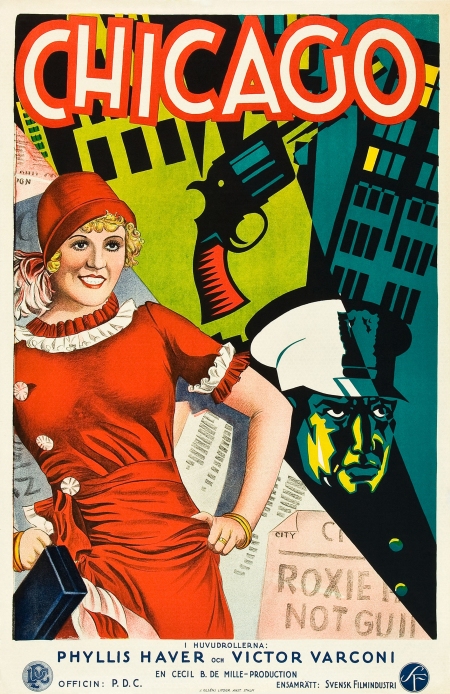 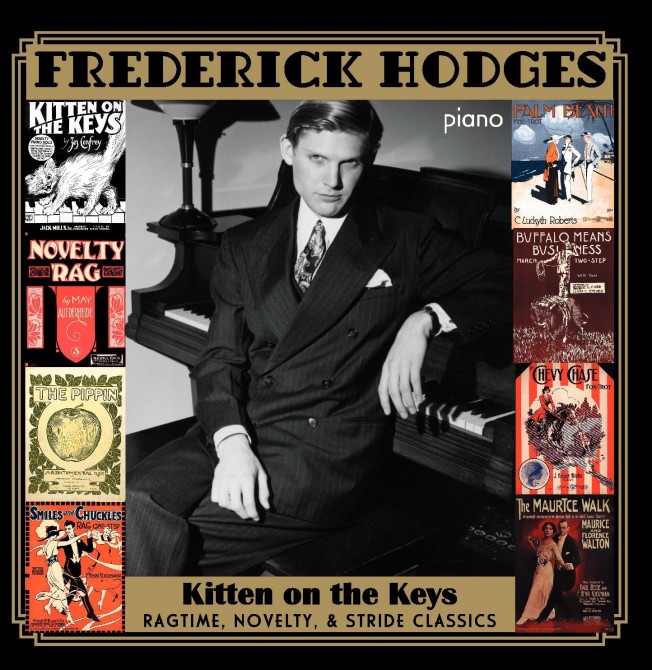 A live vaudeville show with whimsical burlesque and old time saucy songs by Suzanne Ramsey, aka Kitten on the Keys. 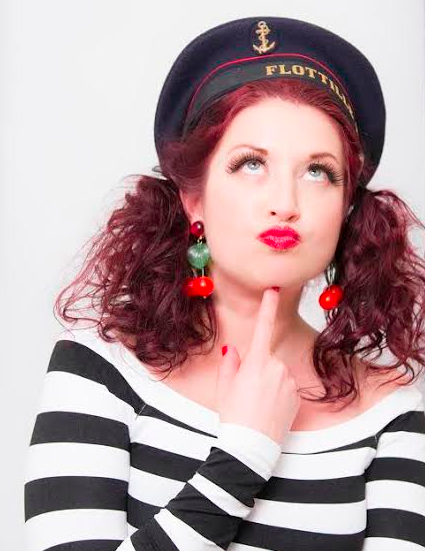 You will be astonished by the magic of Big Al Catraz. 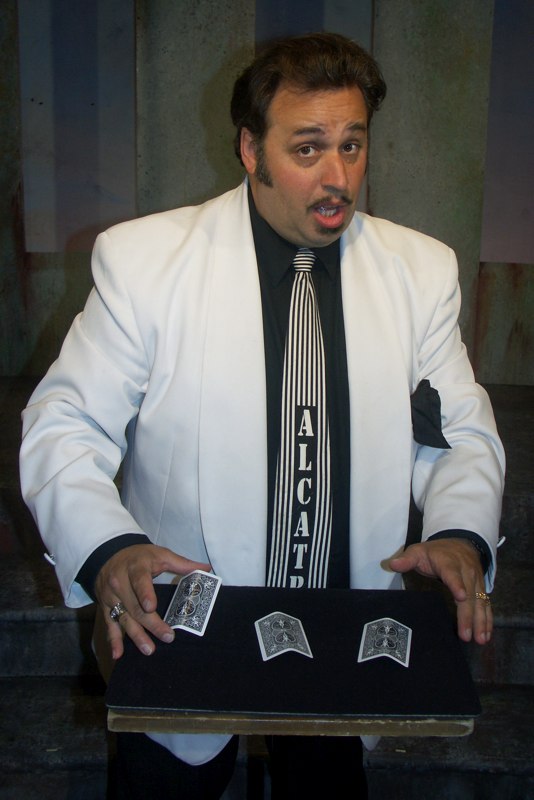 Plus the Ragtime music of Parlour Tricks will be in the lobby before the show and during intermission..

“Long before Renee Zellweger was singing and dancing her way into an Oscar nomination, the character of Roxie Hart was scandalizing stage and screen alike with her delusions of fame and her way with a gun. The musical Chicago went all the way back to 1926 for its source material–a non-musical play by Maurine Watkins, who had been a journalist reporting on female murderers when she got the idea for her tale of tabloid journalism and Jazz Age virtue. A hit of its time, Chicago was ideal fodder for early Hollywood. Though most people might be more familiar with Ginger Rogers’s 1942 bow as the homicidal flapper, Roxie Hart first sparkled on the silver screen in 1927 in a Cecil B. DeMille production. It’s a film that was thought to be lost for a long time, until an intact print was found in DeMille’s archives in 2006 and now silent film fans can finally cast their eyes on the movie that started a tradition.

The story should be familiar to most filmgoers. The blonde seductress Roxie Hart, here played by Phyllis Haver, has been two-timing her good-natured husband Amos (Victor Varconi). Roxie is a true gold digger, and Amos’s empty pockets don’t turn the girl on any longer. She has been having an affair with a moneyed businessman, Rodney Casely (gravel-voiced character actor Eugene Pallette), and when Casely tries to drop her, Roxie shoots him. 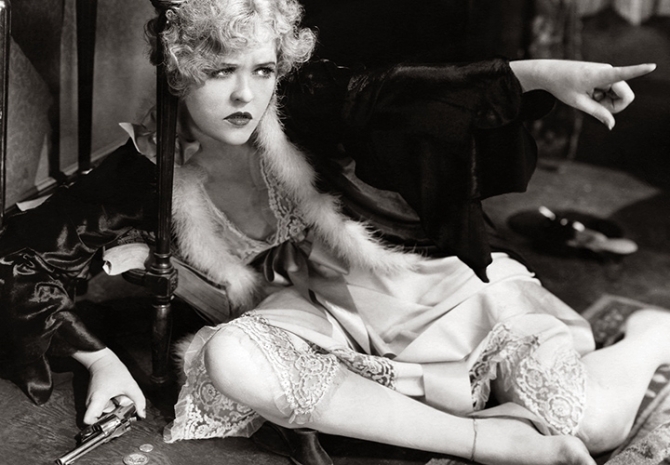 The district attorney (Walter Richmond) is more than ready to string the murderess up, but a reporter (T. Roy Barnes) sees a way to milk the case and sell some papers. He dubs Roxie “the Jazz Slayer” and plasters her pretty face on the front page. A celebrity is born! 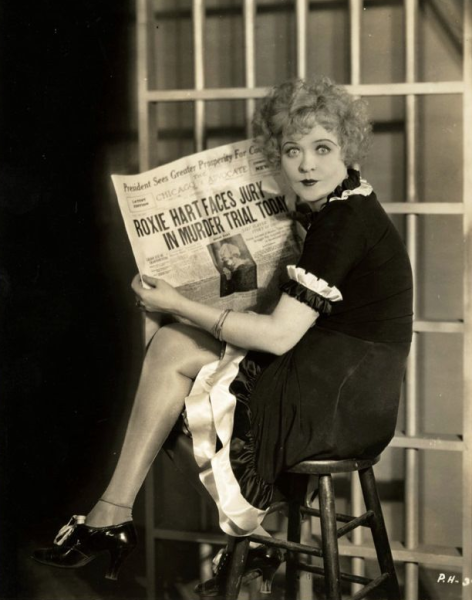 Though there are some scenes with Roxie in the hoosegow, including a knock-down-drag-out catfight, this version of Chicago isn’t as concerned with the jailhouse sirens as the more famous Broadway version. Velma Kelly appears briefly (depicted by Julian Faye), but once the lawyer William Flynn (Robert Edeson) enters the scene, Chicago becomes all about Roxie’s trial. Flynn demands a steep fee, and Amos is forced to less-than-savory action to gather it. A big difference between this version of the movie and later incarnations is how much more of a participant Amos is. He is the closest we get to a sympathetic hero in the movie: he knows Roxie is a liar, he knows his love is wrong, but he is forced to stand by her. On the other hand, Roxie is not a very likable character. She’s not even charming. The girl is rotten through and through. Which isn’t to knock Haver, she’s actually excellent playing the shallow schemer. So excellent, in fact, part of the fun of this early rendition is rooting for the temptress to get her just desserts. 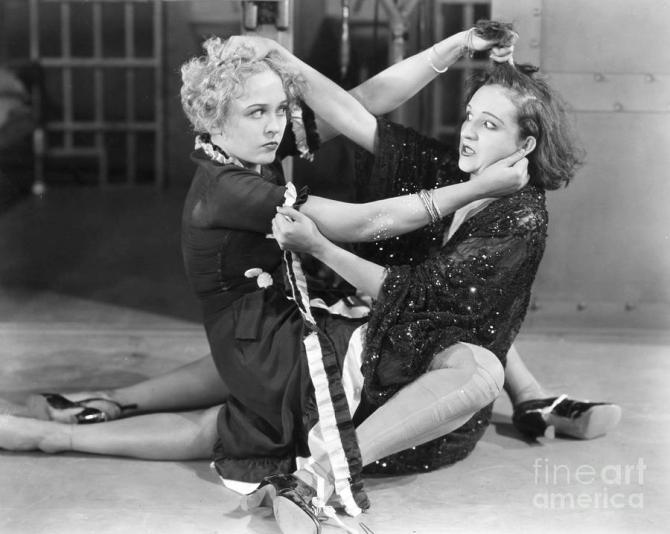 The 1927 Chicago credits Frank Urson as the director, but it’s well known that it was really a Cecil B. DeMille picture. The common belief is that since the mogul was still enjoying success with the religious-themed King of Kings, he didn’t think it would be smart for audiences to also associate him with Chicago‘s scandal-sheet script. The movie is fairly frank in its references to adultery and corruption. Roxie spends a lot of time in her underclothes, and her belled garters are one of the prosecution’s main pieces of evidence. Billy Flynn isn’t just a charlatan lawyer, he’s an honest-to-goodness shakedown artist. Sure, Hollywood gets its “crime doesn’t pay” message across, but it’s one that is tainted by genuine cynicism. Crime may not pay, but that doesn’t mean you won’t get away with it.”

To learn more about Chicago visit these sites: