In the late 1970s and early 1980s, when I booked many repertory cinemas, we would get an annual mysterious phone call. “Bring a hundred dollars in cash, a truck or van and be here at 9am Saturday morning.”

We knew this meant one of the film storage facilities was junking 35mm prints of movies. Some were battered prints that the studios felt no longer were playable and should be destroyed. They did not interest us.

More intriguing were the orphaned titles where a distributor had gone out of business or lost the rights—because storage fees were not being paid, they needed to go away and make room for movies that would pay the rent. Some films had just fallen off the record books. Often a filmmaker no longer could afford to pay the fees and hopefully had at least one copy of their own.

We would program daily changing double features, and often our archived print was better than the one supplied by a distributor. Or a new company bought the rights, but had not yet been able to obtain copies of the film. 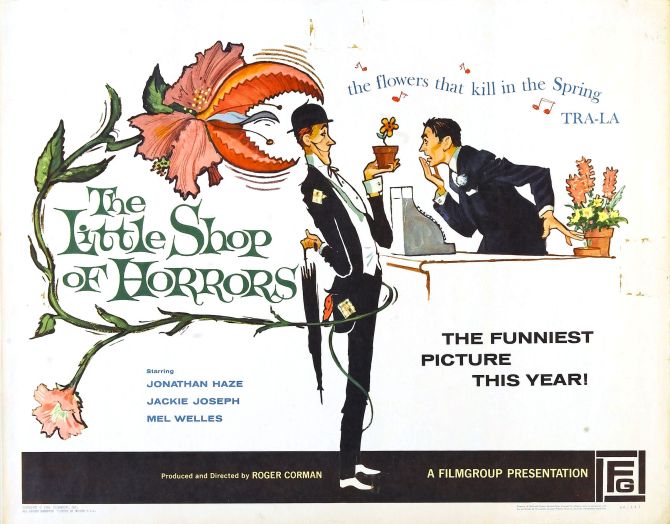 I programmed a tribute to Roger Corman at the Nuart in Los Angeles. The only print of Little Shop Of Horrors held by the distributor was in 16mm. But we had a pristine 35mm. Mr. Corman introduced the movie and stayed to watch it, emerging from the theater after five minutes.

“What is wrong?” went through my mind.

He was thrilled with the quality of the image, asking where we got it, because he had not been able to find a good 35mm print for himself. He returned to watch the rest of the show a happier person, as I offered to give him the print. And the hilarious appearance of a young Jack Nicholson had not been clipped out by a projectionist/collector.

Putting together a complete retrospective of the films of John Cassavetes in 1979 might have been a challenge. I had become a friend of the director/actor when he self-distributed A Woman Under The Influence in 1974 (with the help of future influential art film distributor and independent filmmaker Jeff Lipsky). I introduced him to a person who agreed to finance his next film. 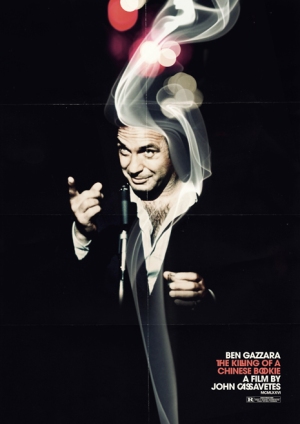 A call to John informing him that we were putting the series together and wanted to book several films that he owned brought this response: “That would be great, except I owe a lot of money to the print storage place, and cannot get access anymore. I think they might have destroyed all my prints of A Woman Under The Influence , The Killing Of A Chinese Bookie and Opening Night .”

I had a secret. “What if I told you that we have a set of excellent prints of those three plus Shadows and Faces [owned by an indie distributor that also had ceased paying storage fees] and after the retrospective they will be yours?” John couldn’t believe it, and agreed to attend each night, often bringing his actors to answer questions … always an entertaining experience for audiences—-he could be hilarious or outrageous.*

The 1964 T.A.M.I Show was a concert film with memorable performances by James Brown, The Rolling Stones, The Supremes, Chuck Berry, Lesley Gore and many others. But shortly after the film’s theatrical release a rights dispute resulted in the four Beach Boys songs being removed from all prints in circulation.

It seems one print in storage was missed, not cut nor sent to theaters. There it was waiting for us one Saturday morning, but little did we know it was the only uncut print, until we screened it at the U.C. Theatre in Berkeley because the print that had been sent to us was in terrible condition. The cheers in the auditorium made us curious enough to peek inside … and there were the Beach Boys singing “Surfin’ USA” and more.

A recent article in the Los Angeles Times gives hope things may be changing for others, as The Academy of Motion Picture Arts & Sciences is working with Deluxe Entertainment Services Group to identify connections to thousands of abandoned films.

It is estimated that over 80% of the movies made between 1901 and 1929 have disappeared. But equally distressing in more recent years are the many independent filmmakers, facing financial difficulties, who have lost materials for their movies—often classics of the genre.

DuArt is a New York lab famous for working with independents from Ang Lee and James Ivory to Susan Seidelman and Woody Allen. But they find themselves with 60,000 cans of film, many with unknown owners. Some were well-reviewed works, and others unknown efforts such as Mermaids and Pickles or Hoedown in China . DuArt is working with several institutions and archives under the guidance of Sandra Schulberg’s IndieCollect to retrieve and restore these movies, also hoping to return them to the makers.

We urge you to support this kind of work via IndieCollect, archives like San Francisco’s Internet Archive, and others working in this arena, including organizations and festivals like the Film Noir Foundation and the San Francisco Silent Film Festival.

Films mentioned in this article are available on DVD and/or Blu-ray, including The Little Shop of Horrors, John Cassavetes’ independently produced films, and The T.A.M.I. Show.

Gary Meyer co-founded Landmark Theatres in 1975, the first national arthouse chain in the U.S. focused on creative marketing strategies to build loyal audiences for non-Hollywood fare. After selling Landmark, he consulted on projects for Sundance Cinemas and the Brooklyn Academy of Music’s Rose Cinemas, created the Dockers Classically Independent Film Festival and Tube Film Festival for the X Games, and resurrected the 1926 Balboa Theatre in San Francisco. Meyer joined the Telluride Film Festival in 1998, becoming a Festival Co-Director in 2007. Meyer also founded the online magazine, EatDrinkFilms.com in 2014, with the EatDrinkFilms Festival to tour.