Purchased through the Rare Beer Club and poured into tulip glasses.

This “rum barrel aged Belgian-style ale with spices” began as a blend of two Grand Teton beers—the Bitch Creek XX Double ESB and the 2014 Coming Home quad. The resulting blend pours a rusty, date brown with a minimal off-white head, and offers a most unusual nose, an allspice and clove spice bomb set amidst classic Belgian aromas of dark fruits and toffee. Vintage 2014 is extremely tasty and distinct on the first swallow—a fascinating mix of holiday spices, toffee desserts, and Trappist yeast. There are strong spices, but they remain in perfect balance, and serve as complements to the overarching flavor of toffee apples and rum-soaked fruitcake, with orange peel especially lingering on the palate. It is similar to a hot toddy served cold, and the beer is smooth and drinkable in addition to its novel complexity. 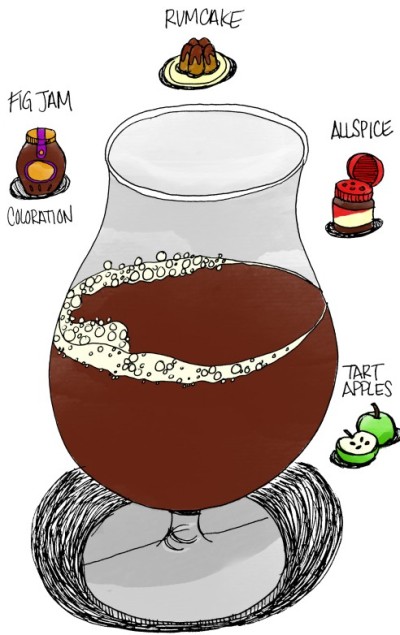