At 94, Diana Kennedy has a youthful spirit and energy.  She lives on her own, completely off-the-grid in a solar-powered house that she designed in the mountains of Michoacán. She has shared a few favorite recipes with EatDrinkFilms readers.

As Elizabeth Carroll’s feature documentary is being released “theatrically” (which means Virtual Cinema during the pandemic) there will be a celebration and discussion between the filmmaker and several celebrated chefs who have learned from Kennedy.

The entire conversation can be watched anytime by clicking here.

She is widely considered the world’s academic expert on Mexican cuisine, with nine cookbooks, two James Beard Awards, and hundreds of accolades and prizes for her work. 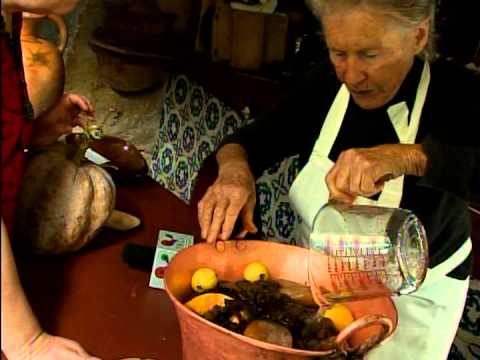 Most of her books, including the most recent Oaxaca al Gusto: An Infinite Gastronomy, can be ordered from your local independent bookstore. The cookbook centric Omnivore Books in San Francisco is a perfect place to start and they can help you find even the rarest of her books. 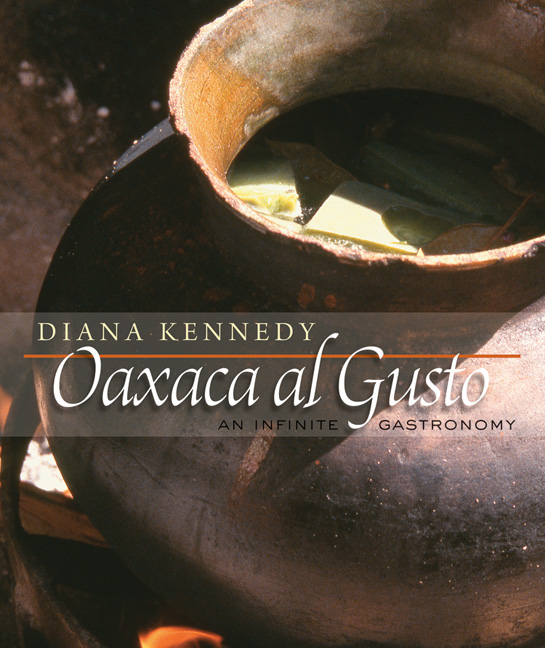 More a culinary anthropologist than typical chef, Diana has traveled many times over to every state and region of Mexico, extensively researching and documenting the ingredients and dishes of each area. Throughout her six decades of exploration, Diana witnessed first-hand as heirloom varieties of essential ingredients like corn, tomatoes, and chiles were lost to industrialization. She has documented everything.

“I sort of went where the wind blew me, you know, of curiosity. I said, ‘I just have to learn to do this’.” 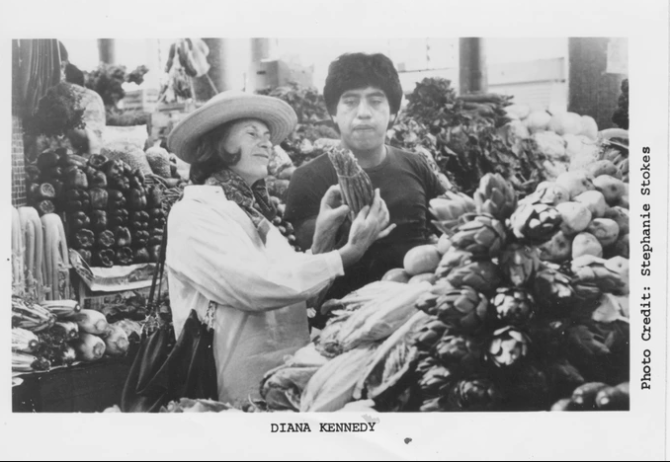 After a successful Kickstarter campaign filmmaker Elizabeth Carroll finished the movie in early 2019 and embarked an a tour of internationla film festivals and awards. 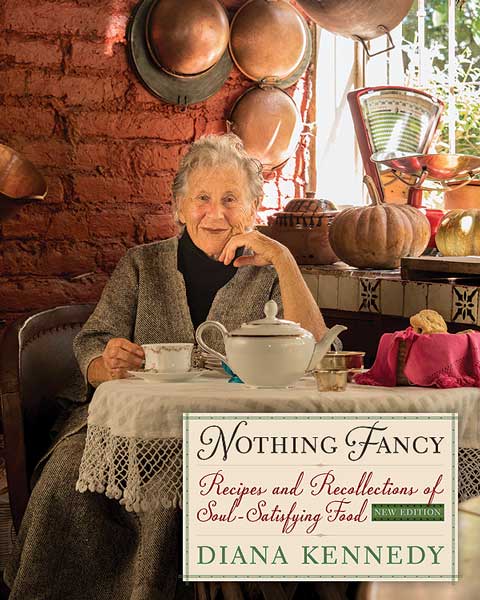 In 2016 her classic book Nothing Fancy was reissued with new recipes and stories. Amy Scattergood of the LA Times wrote about it.

“Most plants taste better when they’ve had to suffer a little.”

from From My Mexican Kitchen (reprinted by permission of Clarkson Potter, 2003). 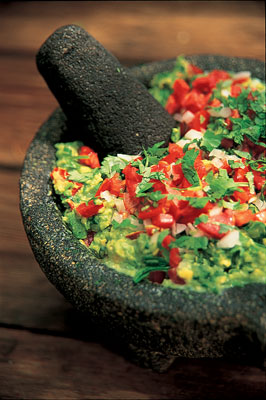 I first came across this recipe in Mexico in 1957, and it seems to be a classic. The perfect guacamole has to be made in a molcajete, a volcanic-rock mortar and pestle, because the flavors intensify when the ingredients are crushed. If you don’t have one, blend the onion, chile, cilantro, and salt, then mash in the avocados just to a rough texture.
Makes about 2 1/2 cups

Put the onion, chiles, cilantro, and salt into a molcajete and crush to a paste. Cut the avocados in half and, without peeling, remove the pit and squeeze out the flesh. Mash them roughly into the base and mix well. Stir in the tomatoes and sprinkle the surface of the guacamole with the toppings. Serve immediately.

The word “guacamole” comes from the Nahuatl words for “avocado” (ahucatl) and “mixture” or “concoction” (molli).

From The Cuisines of Mexico ( reprinted by permission of William Morrow Cookbooks, 1972/1989) 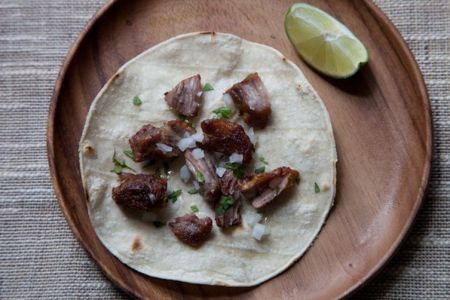 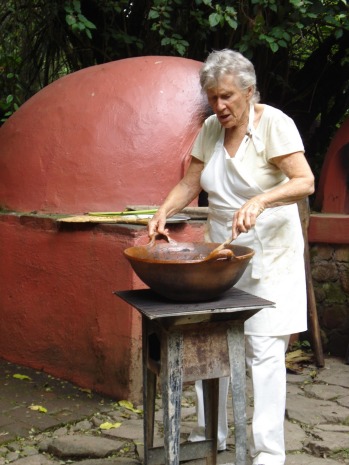 You’re Eating Fake Tortillas, and Diana Kennedy Is Pissed About It  by Daniel Hernandez, Vice.

Visit the Diana Kennedy Center online to learn more and see a list of all her books and projects. Or go to Michoacán to take classes, do research and immerse yourself in one of the great regions of Mexico where the art, people, scenery, librations and of course, the food, will make you very happy.