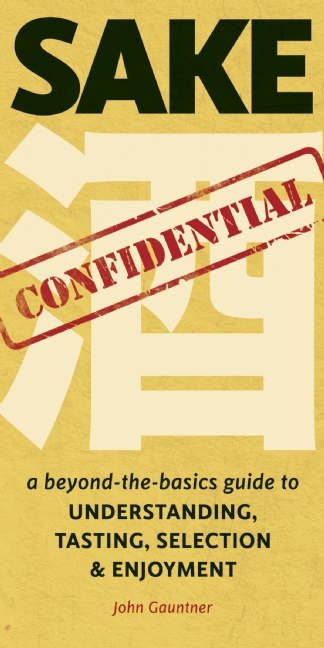 The “hot versus cold” dichotomy may be one of sake’s biggest distractions. Many people are unsure which is the right choice for which sake, and why that is. Add to that the questions of how one can tell, how to warm the sake, and the inevitable complexities that come along with personal preferences, and it can all be daunting.

This is why many sake promoters have oversimplified things by polarizing the answer into “good sake should be chilled, bad sake can be heated.” Not only is it not that simple, but that statement is not even close to being correct.

It is true that historically, if not traditionally, more sake was served warm than cold. Historical records and vessels show that sake was enjoyed warm as far back as the 10th century. It is very likely that the practice made it to Japan via neighboring China, where eating and drinking warmed things has always been considered healthier than eating cold things, which were thought to chill the center of the body.

However, as premium sake like ginjo developed into more aromatic, delicate stuff (in perhaps the late 1980s), the concept of enjoying premium sake slightly chilled gained momentum. Why? Because heating sake like that would bludgeon out of existence the traits that the brewers worked so hard to draw out. The practice of chilling premium sake caught on in Japan, and by the ’90s, it seemed that premium warm sake was beginning to be forgotten. Or at least it was awaiting rediscovery.

This trend played into what was happening overseas as well. While sake importers strove to capture the hearts and palates of the wine-loving world, they often met a brick wall.

“Ah,” would come the reply. “But have you had premium sake, like ginjo? It is served cold, not hot, and I guarantee you it is different from what you have had before!” This ploy would get folks to taste sake, and often, to appreciate it, so it has served a purpose. 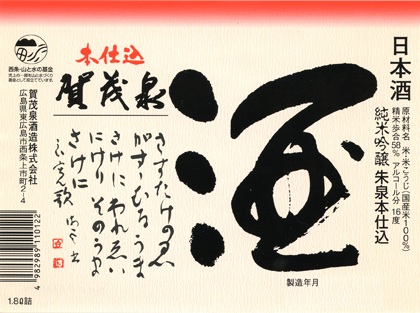 But this led to an all-too-familiar and oversimplified perception that good sake should be enjoyed cold, and less-good sake should be drunk hot. While enjoying premium sake slightly chilled can still be a useful rule of thumb for those just getting into sake, the fact that there is almost no bad sake in existence anymore renders the second half of the statement moot.

Perhaps the most egregious of untruths (misconceptions?) out there is that bad sake is heated to cover the flaws. There has never been a brewer that tasted his product, looked around, and said, “Woah, this stuff is bad. Let’s heat it and fool everyone.” Nah, I don’t think so. Sake is not now—nor has it ever been—heated to deliberately cover the flaws. Surely heating will accomplish that to some degree, but it was never the objective of warming.

Why then is hot sake everywhere, at every Japanese restaurant around? Why does it seem to be the go-to sake? Part of the reason is that only a very small share of the market is the kind of sake that would suffer from warming. The majority of all sake made is still simple, straightforward “table sake.” Remember, just because something isn’t fruity doesn’t mean it isn’t good. Ginjo, schminjo, say some.

So, in one sense, warming is more of a traditional way to enjoy sake, and tradition dies hard. And, like any industry, the large players benefit from selling lots of inexpensive product, and much of that is enjoyed hot simply because it always has been. Also, ginjo has only been around as a significant presence in the market since the early ’80s. Much more sake before that period was indeed suited to warming. All of these factors combined have helped hot sake to maintain its presence.

While the generalization that most ginjo is best enjoyed slightly chilled serves a purpose, the truth is deliciously more complex, interesting, and appealing.

Warming a sake that has a flavor profile suited to it can lead to a life-altering experience. Much of this epiphany-inducing sake is premium ginjo. So, yes, there are ginjo that can be warmed with delicious results.

What makes a ginjo—or any other sake—suited to warming is nothing more than the flavor profile. Very often an earthiness—perhaps characterized by higher bitterness, acidity, or even sweetness, but more importantly the combination of these—lets a sake meld into something extraordinary when warmed. But it need not be complex: dry, thick, and/or umami-laden sake can morph into something wonderfully different at warm temperatures too.

How can one tell? Often in Japan the producer will indicate recommended serving temperatures on the label, but this information rarely appears on exported product, probably because the importer—rather than the producer—wants to keep things simple for the customer. In terms of styles, yamahai and kimoto types (see page 76) as well as sake with some maturity are naturals as candidates for warming.

The advantage to doing things this way is that you will also discover one of the best secrets: any one given sake will be enjoyable as a different animal at each temperature range. Sure, each one will have a temperature at which it tastes best to you on that day and in that situation. But its appeal across a range of temperatures will fascinate you. Even just “hot” and “cold” are tremendously limiting. Long ago, there were a dozen words in Japanese used to refer to the wide range of temperatures at which sake might be served. These days, though, very few are used with any regularity.

Then there is the how of warming sake. Is there one best way? Of course not! But one principle worth remembering is that sake should be heated by immersing a vessel of choice into just-boiled or simmering water and stirring occasionally for a few minutes until it reaches the desired temperature, which is verified empirically (read: taste the stuff as you warm it). It is best not to do it in water that is actively boiling as that can cause some of the alcohol to evaporate, skewing the original make-up of the sake. A microwave oven will work in a pinch, but it is hard to be accurate, and this method also seems to rob the sake of some character (although there are no scientific grounds for this).

There seems to be a modern renaissance in Japan over warmed sake, and the tools, toys, and accoutrements available these days are both fun and practical. Many are cheap, simple devices that fit a sake-containing vessel into another that holds hot water, like a miniature double boiler, which warms sake predictably and consistently. These are well worth the search!

I, too, was once a chilled ginjo snob. When I first got into premium sake, for several years I drank nothing but ginjo, and never any way but chilled. As I spent more time with brewers, though, I was often chided for my lack of imagination.

“Listen, kid,” I recall being told. “You wanna know what a good sake is? A good sake is one that can be enjoyed both chilled and warm. Now that’s a good sake!” I figured I was not one to argue with someone who had been in this industry several generations longer than me, so I took the words to heart. Man, am I glad I did.

A captivating blend of sweetness, richness, and earthiness that is consistent across the aromas and flavors.

While most of Hiroshima Prefecture is known for its soft water, Kamoizumi is brewed in an area known as Saijo that sits over a narrow strip of hard-water wells, giving a fullness to the sake from the handful of kura there. While this sake is perfectly enjoyable at room temperature, it really opens up and comes into its own and becomes decidedly much better when gently or even thoroughly warmed. Don’t be shy with this one. 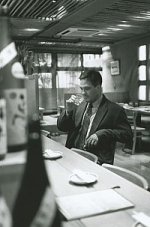 John Gauntner is recognized as the world’s leading non-Japanese sake expert and educator. He has lived in Japan since 1988, and has worked in the sake industry promoting and educating since 1994. He has written seven books, including two ebooks, across two languages and hundreds of articles on the topic, and is known for his uniquely concise and passionate way of conveying all aspects of sake, sake enjoyment, sake culture, sake history, and brewing technology. John also conducts several Sake Professional Courses each year for sake professionals and aficionados.

Known as “The Sake Guy,” John is the only non-Japanese certified Master of Sake Tasting in the world, and has also achieved the very difficult Sake Expert Assessor certification from Japan’s National Research Institute of Brewing. No other non-Japanese in the world has both of these certifications. He also received the Sake Samurai award in 2006, the first year it was awarded.

John has been quoted and/or mentioned in sake-related articles in countless publications including The New York Times, Newsweek, Forbes, Business Week, and Rolling Stone. He has spoken at Harvard, Yale, and Columbia Universities, Wharton School of Business, and countless other venues across the US and Japan.

Much of each winter he is traveling around Japan, visiting breweries regularly and constantly learning. Other efforts at educating and edifying about sake include a free monthly sake newsletter (www.sake-world.com) and various digital products and e-books.

Sake Confidential is available at your local bookseller or from Amazon.com. John is also author of Sake’s Hidden Stories and The Sake Notebook, both self-published ebooks, and coauthor of Sake Pure and Simple (Stone Bridge Press).