When the feature documentary Word is Out: Stories of Some of Our Lives was released in 1977, it rocked my world. I already loved documentaries, but this one–widely considered to be the first feature film about lesbian and gay identity–by gay people, quickly became a symbol of the emerging gay rights movement. I was living in glorious San Francisco at the time, where the film premiered at the Castro Theater. Directed by six people collectively known as the Mariposa Group, it took five years, and over two hundred interviews with gays, to complete the historic project.

Oakland-based Veronica Selver was one of those directors, and her new documentary, Irmi, co-directed by Susan Fanshel, is not so much a bold political statement as the exploration of one very special person’s life—that of her own mother, Irmi Selver.

And what a life it was.

Irmi is both intensely personal–and unexpectedly universal. Irmi’s comfortable early life in Germany was shattered when the Nazis began persecuting Jews, and she, her husband and two children were forced to escape on a boat to Chile in 1939. While passing through the English Channel, the boat was sunk by a Nazi mine, killing 140 civilians—including Irmi’s family. What follows is one woman’s journey through many countries, challenges, and ultimately to the creation of a new life and family. 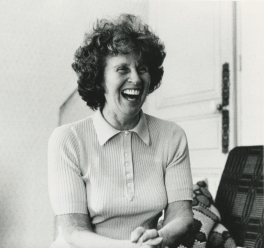 What shines through—and makes the film so very special—is Irmi’s conscious decision “both visceral and intuitive,” says Veronica, to choose life. There was joy, which came from her deep connection with people across generations, but there was also ongoing anxiety. “She was not heroic,” Veronica says, “but she had a fortunate disposition, that included courage and curiosity.”

And although you might not think that a hugely compelling story could be made about a working woman who was a secretary by day and a certified masseuse by night, you’d be wrong, because Irmi is, well, a force of nature.

The impetus for the film was a memoir Irmi wrote in the mid-eighties, in response to questions about her life from her grandchildren, and the film uses the document as its chronological and moral compass.

Because the film is so deeply personal to Veronica, she was wise to bring together a talented group of collaborators with different perspectives, and whose collective efforts elevate the film to excellence.

Co-director Susan Fanshel has known Veronica for over 60 years—they had previously worked on a film together about Berkeley’s KPFA radio station. “The level of trust we have was absolutely critical in sharing the work,” says Veronica, who appreciated the rigor her partner brought to the work, as well as her ability to provide some distance between the film’s subject and her loving daughter. 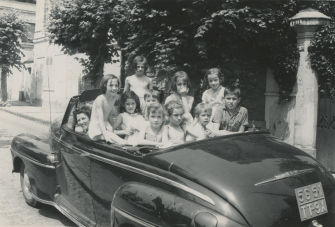 Irmi in the driver’s seat as a young mother in France.

The richness of the extensive historical footage assembled by film archivist Rachel Antell is noteworthy. We travel though five countries, six decades, and even see film of the sinking of the actual ship Irmi was on. A home movie made by Irmi in the 1950s to celebrate her husband’s birthday is priceless, as are the family’s photos. Of the value of all of these visuals to the film, Veronica says, “It made all the difference.”

And then there is the music: Some of it is found; everything from Mozart and Beethoven, to Scott Joplin and Louis Armstrong. The elegantly emotional score of composer Todd Boekelheide ties it all together seamlessly. Actress Hanna Schygulla (who made 23 movies with director Rainer Werner Fassbinder) beautifully voices the film.

Veronica says that the feedback she’s received from the film has been extraordinary.

“People are surprised that a personal story, in historical context, has its own potency that resonates. “It’s joyful to see someone who’s been through terrible tragedy, and then has to navigate how to continue to live.”

Given the pandemic in which we live, the “R” word—resilience—is certainly germane, but also  wildly overused. But resilience is what Irmi was all about, and what makes the film particularly timely.

Irmi can be seen anytime on your choice of devices through the Virtual Cinema Program of the Berkeley Art Museum Pacific Film Archive here.

Irmi is screening at the Roxie Virtual Cinema, San Francisco at your convenience pretty much wherever you like.

Rental fees benefit the filmmakers and the non-profit cinemas.

Word is Out can be streamed here. 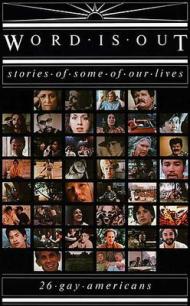 Watch a live conversation with Irmi directors Veronica Selver and Susan Fanshel, and Todd Boekelheide, who composed the film’s score.

Irmi is the result of a collaboration between two close friends, Veronica Selver and Susan Fanshel, who have known each other since their high school years. They have had parallel film careers, both making documentaries on a wide variety of subjects. In 2000, they collaborated on KPFA on the Air—a history of the Berkeley based radio station—which Veronica directed and Susan edited. IRMI brought them together again; this time to co-direct and co-edit an intimate portrait of Veronica’s mother–whom Susan knew well for more than forty years. 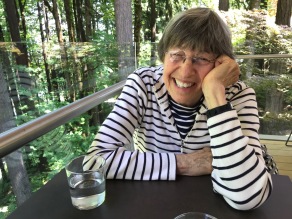 Veronica Selver is a highly respected Bay Area filmmaker and editor, specializing in social issue documentaries. Her films include KPFA On The Air, Raising the Roof, and Cape Song. Films she co-directed and co-edited include You Got to Move, First Look, and the groundbreaking, Columbia duPont Excellence in Broadcast Journalism winner Word is Out (collaboratively directed with Bay Area legends Peter Adair, Lucy Massie Phenix, Rob Epstein, and others).

Selected editing credits include On Company Business, winner of the FIPRESCI Prize at the Berlin Film Festival, Berkeley in the Sixties, an Academy Award nominee and American Cinema Editors nominee for best edited documentary; Columbia DuPont winner Harry Bridges: A Man and His Union, IDA award winner Absolutely Positive, Peabody Award winner Coming Out Under Fire, and the POV-televised Blacks and Jews. Veronica was also an editor on Brother Outsider: The Life of Bayard Rustin and A Fierce Green Fire, and creative consultant on Regarding Susan Sontag and Free For All.  Though Selver began her film career in New York and Paris, she has long been based in the Bay Area, and is a member of the Academy of Motion Picture Arts & Sciences (AMPAS).

Susan Fanshel is an independent documentary filmmaker and editor whose award-winning films include: A Weave of Time, The Story of a Navajo Family; Nevelson in Process; Voulkos and Company; Made in the Bronx; Six American Families: The Kennedy’s of New Mexico; and The Odyssey Tapes. The films she has edited have received some of the highest honors in broadcast journalism including the George Foster Peabody Award, Alfred Du Pont-Columbia Award, and the Emmy award. Selected editing credits include:  Robert Capa in Love and War; Innocence Lost, The Plea; Saving Elian; The Last Queen of Hawaii and FDR-a 4 part series for PBS. Fanshel began her career in the San Francisco Bay Area after graduating from U.C. Berkeley with a Masters Degree in Fine Art. She currently resides in New York City.