“Ess, ess, eat!” Even the vaguest scent of homemade chicken soup or flanken or kasha or just sautéed onions brings to me echoes of the bubbes of the Bronx Jewish girls I dated as a teenager (sometimes simply because her grandmother lived with the family!). Despite the richness of the cuisines of my own family (Sicilian and Japanese), and an extended involvement with the restaurant profession, it’s yiddishkeit food that remains one of the comfort foods of my life. It doesn’t hurt that my wife is a Sabra who enjoys cooking and eating with me, and incidentally, grew up with one of her own bubbes at home….

So it’s a delight to report that the upcoming 36th edition of the San Francisco Jewish Film Festival is offering a few choice cinematic tastes of food traditions from the Middle East and Mitteleuropa that we’ve come to embrace as American (or will soon!). Be forewarned if you go: you will emerge hungry, so plan accordingly!

Steit’s: Matzo and the American Dream, directed by Michael Levine, is great good fun, from the music to the spirit of the fourth and fifth generation members of the founding family (and their long time workers) who make these iconic matzo. Describing the work as offering “psychic income” and “a mitzvah,” the family, with roots in early 20th century immigrants from Austria, carries on a tradition that for a time saw a number of flourishing inter-related family-run matzo makers on New York’s Lower East Side. 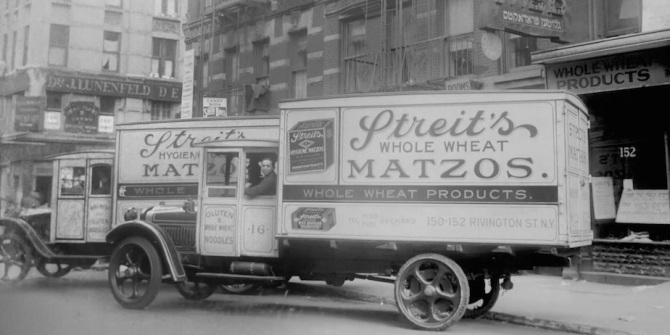 In Streit’s Bakery we have the mix of old and modern, and an emblem of the struggle in neighborhoods and communities to maintain tradition while change surges around constantly.

The film offers more than you ever thought you needed to know about the process and the issues of producing authentic matzo, and just like the crisp baked thing itself, a little goes a long way, but a lot is okay too (maybe with a bissel puter, could it hurt?).

In HUMMUS! THE MOVIE, directed by Oren Rosenfeld, we learn early on that 25% of American households know hummus, a statement never challenged (and let’s face it, even Costco has hummus, so…). This slightly manic tour de cuisine in Israel (with a quick side trip to Lebanon) introduces us to Muslim, Jewish, and Christian masters of the deceptively simple dish, with many conflicting claims to being the best. Clearly this is a treasured food there: a paste made with chickpeas (garbanzo beans), sesame seed butter (tahini), lemon juice, salt, and olive oil, served any time of day, with just a little more olive oil, or the addition of your choice of whole chickpeas, foul (fava beans), veggies, meat, fish, or pickles, and of course, pita bread.

Hip-hop Hebrew songs about hummus lighten the mood as competition for the Guinness Book of World Records prize for the largest hummus swings back and forth between Lebanon and Israel. It’s primarily a man’s game, with the exception of a remarkably mellow Israeli Arab woman who says she’s “married to hummus.” 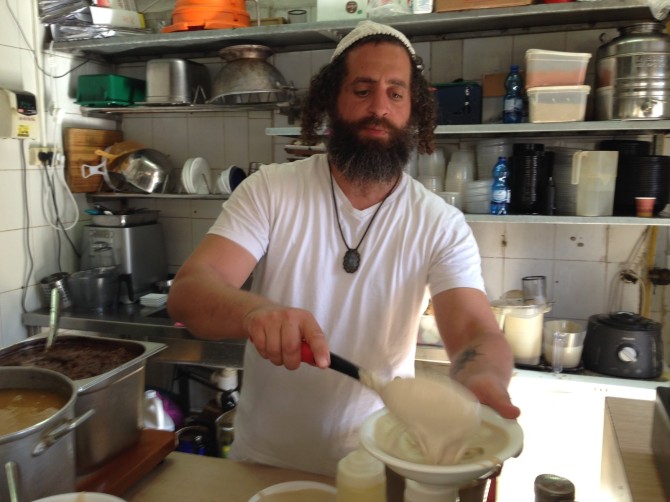 A very sympathetic Orthodox Jewish hummus restaurateur (he could easily be a surfer or a Sonoma county communard) sums it up when he says, “hummus is life.” From all that we see in this film, there will be no arguments on that note at least. 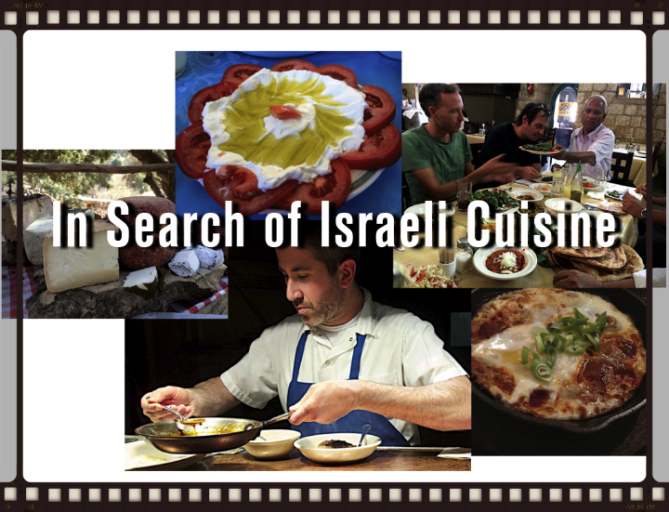 Michael Solomonov is best known here as the chef-owner of a remarkable and successful Israeli restaurant in Philadelphia, Zahav (“gold”); his recent Zahav: A World of Israeli Cooking, was the 2016 James Beard Cookbook of the Year.  IN SEARCH OF ISRAELI CUISINE, directed by Roger Sherman, documents his efforts to discover and define what is Israeli cuisine today. Motivated by tragedy, Solomonov, born in Israel and raised in the States, sets out to explore Israel’s “rich abundant history, and conflict and turmoil as well… the mission is to show the complexity as well as the beauty of things here.”

He succeeds admirably. In the now-established style of the likes of Anthony Bourdain and Michael Pollan, Solomonov throws himself into the kitchens and gardens of the new generation of chefs all over Israel, tasting and sharing the diversity of food traditions from over 100 nations. What clearly is a renaissance of cooking there, parallel to if later than the foodie revolution that started here in the 70s, is producing new and vivid renditions of dishes with origins in Persia and the Mediterranean and Eastern Europe and the Baltic Sea. Among many things, we learn that it was the olives of Israel that the ancient Romans brought home two thousand years ago to seed the now revered Italian olive oil industry, and that exportable wine was being produced in abundance in what is now desert (and we learn what makes for kosher wine). Farm-to-table locavore missionaries abound in Israel today, and they have amazing produce and livestock at hand to work with. If nothing else, this film will entice you to visit Zahav, if not make the journey to Israel itself. 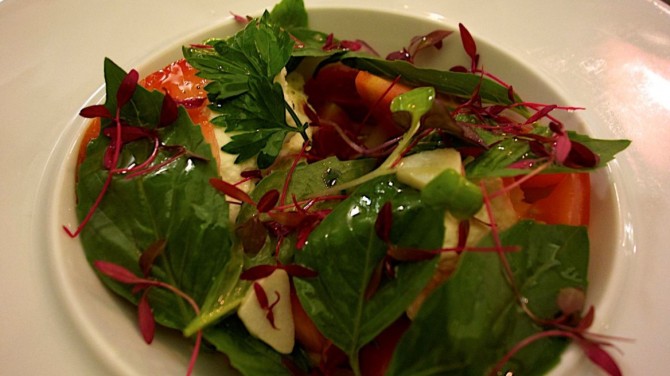 EatDrinkFilms is proud to Co-Present all three films at the 36th San Francisco Jewish Film Festival in San Francisco, Berkeley, Oakland, Palo Alto and San Rafael, July 27- August 7, 2016. For complete information about the Festival and how to buy tickets please visit the SFJFF website.

Read more reviews of Festival films at “Cinema is My Temple.”

STREIT’S MATZO AND THE AMERCAN DREAM

IN SEARCH OF ISRAELI CUISINE

Gaetano Kazuo Maida is a media professional and strategic planner. He was a founding director of the Buddhist quarterly Tricycle, and producer/director of several films including Peace Is Every Step, a film profile of Vietnamese Zen teacher/activist Thich Nhat Hanh, narrated by Ben Kingsley. He is currently executive director of the nonprofit Buddhist Film Foundation and Tea Arts Institute.

Maida has written for EatDrinkFilms about his search for the perfect Bialy and reviewed the movie CITY OF GOLD.

One thought on “OY—HAVE WE GOT FOOD FILMS FOR YOU”

Leave a Reply to B Noir Detour Cancel reply