EDF: You also have a background as a journalist. Was that helpful in terms of conceiving and structuring the movie? Did the process of figuring out how to tell Chuck’s story go through many phases? 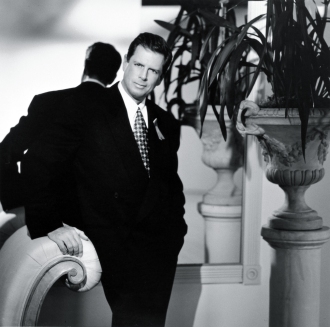 MS: I almost felt like Jennifer Salt in Sisters [laughs]. The journalism helped, but really it was more of a detective story, because there was nothing there. There was very little information about Chuck. The movie has maybe three minutes of footage of him. All told, we have between five and seven minutes of footage of him overall. I was trying to figure out who he was — he was a cypher. Trying to piece together the history was more of an act of journalism.

I didn’t think of him so much as a person — I saw him as a cultural figure with some things that were good and some bad. I didn’t think about his internal life as much. Journalism came into it less than maybe being an essayist, though that probably sounds froufrou. I spent six years thinking about him every day, wondering about him, tracking pieces of his life down. It changed a lot over time, just because I’m an apologist by nature, and you start seeing different sides.

EDF: There’s a large amount of non-explicit footage from the Falcon films and videos in Seed Money. Beyond its visual allure for a gay audience, what are the ways in which it functions? For instance, there are times when it is historically specific, and other moments when it seems like it’s enacting or providing a corollary for Chuck’s story.

MS: It’s because there was no footage of Chuck. I was three years into the project before I heard him speak, or found a clip of him speaking. For 90 percent of the time spent on the project we had maybe a dozen photos, and a dozen more images that were stills we’d pulled off of VHS. The movies themselves were crucial, and in some ways they’re a stand-in for him.

Some footage looks better than other footage, but it’s all trying to tell Chuck’s story through the movies he made. It’s not much of a stretch. His house was used throughout in the movies. There’s a scene in one movie with a Rolls Royce, and he had a Rolls. He really imbued his life in those movies.

EDF: Were there times you had to curb a fan or consumer’s impulse in order to honor the movie’s narrative and a biographical approach? Will there be extras on a video release of Seed Money?

MS: Originally the concept behind the movie was something more along the lines of Falcon Studios: Behind the Music. A little less of Chuck and more about how this or that happened — funny stories from the set. Ultimately, it was clear that the project had to be about Chuck as much as possible, and that we would save some things for online, on the website. There were really amazing stories: a lawsuit over the Kris Lord dildo; the way that Jeff Stryker was discovered; scandalous parties. But every time we tried to put them in the movie, it seemed like we were going off on a tangent.

A couple of years ago I was at SXSW and there was a panel talking about platforms for non-narrative storytelling. There are different ways to archive and tell stories that aren’t necessarily narrative, and it’s about pulling those things out and trying to preserve the history.

The [“Fade Out” obituaries] are from Mandate. One of the things I found touching was that it was the industry’s effort to preserve itself, to preserve people that even other gay men found disposable.

The issue I really struggled over was how to present HIV in the industry, and the epidemic. It’s something I wish I could have done more in the movie. It’s such a loaded issue. Chuck was HIV-positive, he wasn’t distanced from this, and yet he was fighting against putting condoms on models. One of the reasons I really wanted to make a movie about Chuck was that he shows the complexity of what gay culture was going through, it wasn’t so straight forward back then to get testing for gonorrhea and other STDs.  When I first heard about [his resistance to using condoms in Falcon videos], it would have been easy to demonize him. But you scratch below the surface and find it’s a lot more complex — you’re losing everything you gained in the sexual revolution. It was a matter of figuring out how to deal with it seriously and at the same time put it in context. We use clips from the movies so you would recognize Kurt Marshall, Al Parker, Leo Ford….

I spent a lot of time at Circus of Books in West Hollywood and Silver Lake. It involved thumbing through stacks of used magazines, trying to find missing issues. Really digging to find any record at all. Those moments [in the film] were put together over the course of years.

EDF: You worked with Josh Cheon of Dark Entries Records on compiling music for Seed Money. How did you want music to function in the film?

MS: We went through so much music trying to figure out what fit and what we could afford. Josh was terrific — encyclopedic in his knowledge, and about knowing where things went. For example, he found this song, “Hot Magazine” by Buena Vista, that was perfect over footage of San Francisco in the early ’70s that Wakefield Poole had shot. It’s in the early part of the movie, when Chuck arrives in San Francisco — you see a vaguely hippie gay celebration at City Hall. Stephen Vesecky did a lot of the original compositions — a lot of the early ’70s-sounding stuff and the [Giorgio] Moroder-esque stuff is his.

MS: We’re used to looking at porn as political when it’s revolutionary. Chuck was political in his work and his activism, but it was a more mainstream politics than you’d expect from a pornographer. [Director] Steven Scarborough tells a story that if he went to the movies with Chuck and there was some nudity in it, Chuck would say, “How dare they!” He was the prudish pornographer. It’s one of the things that makes him interesting. He wasn’t shy about sexuality, but he definitely had a sense of propriety. I almost identify with him on that — there are conservative and non-conservative aspects of my personality.

MS: She’s great. Carole Migden was like my spirit animal through much of the movie. There were so many people, particularly on the political side of Chuck’s life, who were very cold if not outright hostile. Carole was one of the few who was like, Fuck ’em. She can be very brash.

EDF: Late in Seed Money, you address some of the ways people have tried to whitewash or attack Chuck’s contributions to gay culture and history. Do you think there’s a lesson there in terms of the dangers of erasing sexuality from the gay movement as it has grown ever more mainstream?

MS: That was the idea of the movie — we can’t forget our sexuality and we can’t closet our sexuality. It’s the one of the reasons I kept with the movie so long, particularly in the face of people saying it would hurt the movement. As we get closer to the centers of power, we bury our sexuality. And our sexuality is what got us here. There’s an old political adage: You dance with the one that brought ya. I feel like the gay movement today has an uncomfortable relationship with sexuality.

MS: One statement came up in interview after interview when talking about the early days of the industry, the loops and 8mm reels: We’d shoot it in the bedroom and it was cheap. That’s what it’s come back to today — short 15-minute scenes, two guys in a bed, and not much else. Even a lot of the early Falcon films were like amateur porn — two guys who were willing to do it for maybe not a lot of money. “Let’s get ’em and shoot it. Run the camera until the film is done.” In some ways we’ve come full circle.

It’s also often uncomfortable now for people to watch sex together in a theater. Sometimes it’s a distraction. We have enough sex everywhere else. Maybe I’m a little bit like Chuck regarding that. 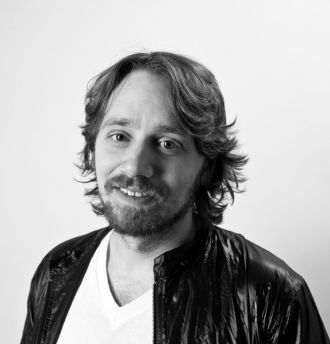 EDF: One of your other current movie projects is a documentary about the Warhol star Holly Woodlawn. At this point the Warhol star doc is a micro-genre of its own, much like the porn doc, with movies of widely varying quality, and Holly is arguably the most charismatic Warhol star who hasn’t yet gotten a trip to the doc so to speak. In terms of subject matter, I’m also struck by the masculinity of Chuck Holmes and the varied femininity of Holly Woodlawn. Does that figure at all in the style or feel of the movies you’ve made and are making?

MS: The similarity in a lot of ways is that they are both people who are tremendously influential and yet at the same time often unwelcome at the table in terms of gay culture. They’re in some way not fit for polite company. Chuck went out of his way to make himself fit and Holly didn’t. But I like the fact that they are on the margins. It’s almost like letting an animal loose in high society. I like the bull in a china shop aspect.

Johnny Ray Huston has written about film, music, and visual art for 25 years at various newspapers, magazines, and websites. He has co-created movies and put together film programs shown at Artists’ Television Access, Yerba Buena Center of the Arts, and the San Francisco International Film Festival, and written and made collage work for exhibitions at [2nd Floor Projects] in San Francisco. He’s collaborated with director Skye Thorstenson on two movies, Tourist Trap (winner of the Golden Gate Award for Best Bay Area Short at the 2011 SF International Film Festival) and Morgies.