There are a lot of people who should have become movie stars, but few proved it more times—only to get no closer to that status—than rock icon David Bowie. Supposedly in the late 1970s studio marketing research determined that he lacked sufficient “heterosexual box-office appeal” amongst general mainstream moviegoers (presumably U.S. ones). That finding echoed what every junior high school student already knew in the from innumerable encounters with “DAVID BOWIE IS A F-G” graffiti’d on bathroom

stall and locker doors: No matter how popular his music, the man’s androgynous image made him discomfiting to many male viewers. It didn’t even matter that in the early 80s he avowed the whole gay/bisexual identity he courted had basically been a bid for fashionable controversy (“I was always a closet heterosexual”). Too little, too late, at least as far as Hollywood was concerned.

So Bowie, who trained as an actor and mime simultaneous to some of his unsuccessful early musical ventures in the 1960s, remained trapped in roles as “the other”: A space alien or mythological creature in rare lead roles, an exotic villain or eccentric historical figure in supporting ones. It’s a frustratingly limited filmography, mostly because he’s so frequently so very, very good. 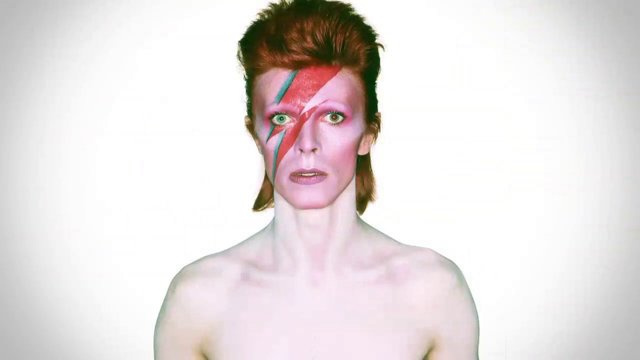 Yerba Buena Center for the Arts film curator Joel Shepard is trotting out a good chunk of that celluloid legacy for “Cracked Actor: David Bowie on Screen,” whose nine features will play the YBCA Screening Room through March. There’s a lot to enjoy here (allowing for a couple notable omissions), but the main takeaway perhaps is that Bowie showed so much range and ability in his relatively few movie outings, it’s a downright shame the industry couldn’t/wouldn’t find more for him to do 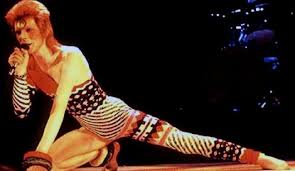 D.A. Pennebaker’s Ziggy Stardust and the Spiders from Mars records a particular moment in Bowiemania.

First up, this Thursday through Saturday, is for better or worse the leading film artifact of his main, music-centric career at its fabled original breakthrough point. Visually, sonically and otherwise, documentary veteran D.A. Pennebaker’s Ziggy Stardust and the Spiders from Mars—named after the band lineup and 1972 album that established Bowie’s most famous musical alter ego—leaves a lot to be desired. Still, it preserves a cultural moment that’s only loomed larger with passing time, one personifying the glam era’s still-alluring collision of space-age androgyny and muscular rock crunch.

Loving the alien: Bowie in Nicolas Roeg’s The Man Who Fell to Earth.

Three years later, Bowie (who’d made minor appearances in a few under-the-radar film projects prior to music stardom) was starring in his first “real” movie. To many, it seemed typecasting: As The Man Who Fell To Earth , adapted from Walter Tevis’ science fiction novel, he played a charismatic extraterrestrial who arrives incognito bearing gifts, wanting only to take home some water to save his planet from death by drought. But humanity’s greed and corruption slowly turn him into a prisoner. Though not a great commercial success at the time, Nicolas Roeg’s film has since become a classic. And no one could’ve conveyed the titular figure’s “otherness,” isolation and essential goodness better than the elegantly tragic Bowie. 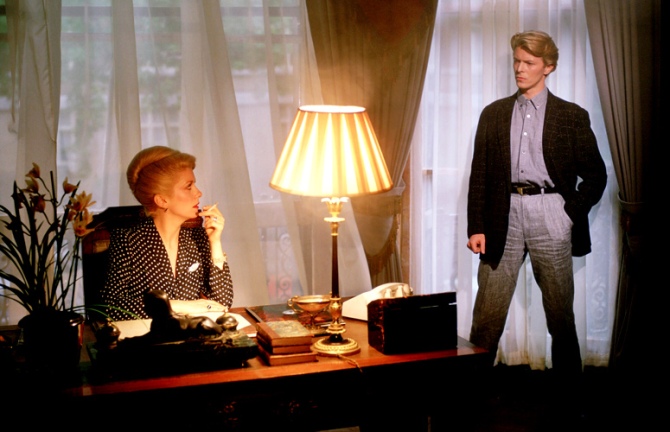 Blond on blond: Bowie meets his match in Catherine Deneuve in Tony Scott’s trashtastic The Hunger.

If after that film executives wondered whether Bowie could carry a more conventional story, they had to wait several years for an answer. Directed by Blow-Up actor David Hemmings, 1978’s Just a Gigolo was a drama set in decadent post-WW1 Berlin, with a glamorous old-school cast including Kim Novak, Maria Schell, Curd Jürgens and (shot through heavy filters in her final onscreen appearance) Marlene Dietrich. Bowie played a returning soldier who takes up the world’s oldest profession for lack of other options in this economically depressed era. He was the best thing in it—but that performance was largely overlooked in the general hostility toward a movie branded a shambles even by its makers. Barely released—it took nearly three years reaching the U.S. after a disastrous premiere—it nonetheless registered as a big black mark next to the future screen prospects of a star who sheepishly called it “My 32 [bad] Elvis Presley movies rolled into one.” (Adding to its tortured rep, Just a Gigolo is not included in the YBCA series.) 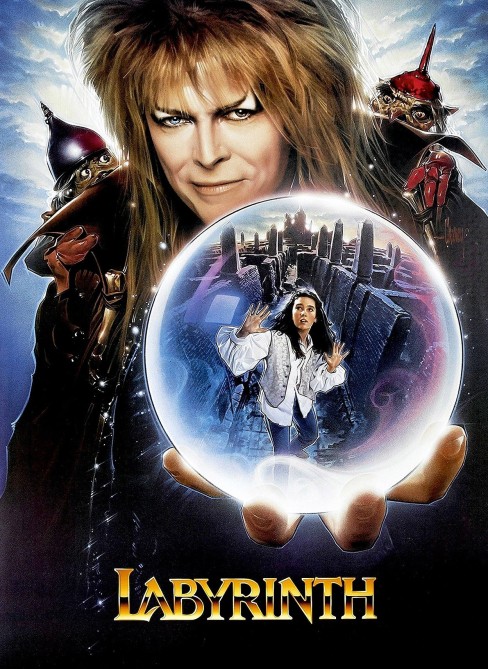 Meowzerz! Bowie may have raided Hanoi Rocks’ wig box for his look in Labyrinth.

Unexpectedly, however, the next decade found Bowie becoming a giant pop star in America at last, thanks to 1983’s atypically Top 40-skewed Let’s Dance album. So the movies got interested in him again. He lent melancholy depth to his role as a vampire betrayed by Catherine Deneuve’s promise of eternal life in the late Tony Scott’s high-gloss Goth extravaganza The Hunger (1983). Another lasting cult fave, Jim Henson’s “dark Muppet” fantasia Labyrinth (1986), found him a delightfully sardonic Goblin King nemesis to Jennifer Connelly’s questing teenage heroine.

Nagisa Oshima’s Merry Christmas Mr. Lawrence is up to its neck in Bowie allure.

He played a captured British officer during World War II whose attractive looks and character drive his Japanese POW camp’s repressed commander (Ryuichi Sakamoto) to near-madness in Nagisa Oshima’s Merry Christmas Mr. Lawrence (1983). But for the most part, Bowie had to take smaller parts in order to play an actual, mortal human being, often stealing whole films in the process.

He’s certainly a highlight in Julian Temple’s splashy high-MTV-era musical Absolute Beginners , outshining its young leads. And he’d create complex characters in just a scene or two in the likes of Scorcese’s 1988 The Last Temptation of Christ (as Pontius Pilate), Julian Schnabel’s 1996 Basquiat (as Andy Warhol), and more recently as Nikola Tesla in Christopher Nolan’s The Prestige (2006). These are all intriguing mixed-bag films greatly improved by his fleeting contributions.

Along with much of the above, YBCA is showing Uli Edel’s 1981 German feature Christiane F. , the alleged “heroin chic” drama (based on a teenage girl’s best-selling memoir) that is in fact a pretty bleak and harrowing portrait of that drug’s toll. Shining a bit of light into its dark tale was a concert appearance by Bowie, the real-life protagonist’s favorite star. The series ends on March 29 with David Bowie Is Happening Now , Hamish Hamilton and Katy Mullan’s 2013 documentary about the massive museum retrospective of all things Bowie — stage costumes, personal memorabilia, drafted lyrics, his own prolific drawings—that began touring the world a few years ago. It proves once again he’s a master of many media, even if the motion-picture one never quite appreciated him as it should have.

Dennis Harvey has been publishing film reviews since the era of the typewriter. He’s a member of the San Francisco Film Critics Circle and currently writes for  Variety and Fandor’s Keyframe.