Plug your ears to avoid the sound of Fleet Week loud jets breaking the sound barrier and head for some of these alternatives. Here’s our selection of events to enjoy the week of October 10-16, 2014 in the Bay Area.

BIG SODA AND THE ENVIRONMENT

For 15 years this wonderful gathering of hundreds of authors meeting their readers offers a wide range of choices. Readings, lectures, signings and special events like “Litquake Pigout: Sausages and Syrah at 4505 Meats,” “Straight, No Chaser: Writers at the Bar,” and “Orange is the New Lunch.” Most events are free, but some require reservations. October 10-18.

CHINATOWN AT THE PARAMOUNT

Have you ever seen a movie at Oakland’s Paramount Theatre? It is one of the most spectacular Art Deco movie palaces in the world, and you can see Chinatown with Jack Nicholson and Faye Dunaway this Friday night. When the Paramount’s Jeff Ewald was scheduling this year’s series, he could not obtain a 35mm print of Chinatown. The studio no longer had one, and the theater does not screen digital. Some Sherlock Holmes-style sleuthing found a beautiful copy at the Academy of Motion Pictures’ Archive , and special arrangements were made to borrow it. The feature is preceded by an organ concert, Dec-O-Win giveaways, a cartoon, newsreel, and classic coming attractions. Doors open at 7pm and we urge you to arrive early and spend an hour walking around the theater, exploring all levels of the lobby and auditorium.  All this for only $5!

A FOCUS ON VFX: DISCUSSION WITH DARREN ARONOFSKY

The director of Black Swan, The Wrestler, PI, Noah, and Requiem for a Dream will look at the creative and collaborative filmmaking process involved in his newest work, Noah, with an emphasis on visual effects. Aronofsky will be joined by the film’s four-time Oscar-nominated Visual Effects Supervisor Ben Snow and Animation Supervisor Marc Chu from Industrial Light & Magic (ILM). The Mill Valley Film Festival program will include clips and an onstage conversation with Steve Chagollan, Senior Features Editor of Variety. Saturday at the Lark Theatre; 8:15pm. 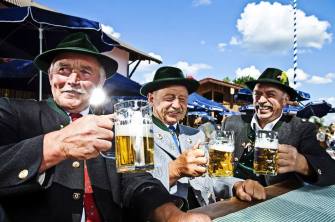 Funcheap and SOMA StrEat Food Park invite you to celebrate Oktoberfest at SoMa StrEat Food Park and their communal picnic tables just like in Munich. Saturday, October 11, 2014, 11am to 4pm. SoMa StrEat Food Park, 428 11th Street, SF. This is a FREE event. All-You-Can-Drink tickets are available for purchase but are not necessary for entrance. Funcheap has the hookup, with $10 off the regularly scheduled price.

Shapeshifters Cinema is a monthly series (the second Sunday of every month, from 8 to 9 pm) at Temescal Art Center in North Oakland. Shows are free.

This week features Cyrus Tabar, a multidisciplinary artist working with motion picture and sound, often blending a multitude of formats, from 16mm found footage and digital processing to tape based on musical compositions, to live manipulated field recordings.

Combine Italian heritage with some carnival-style fun and you’ll get fantastic food, lots of games, and great entertainment for the whole family.  This wonderful community tradition is hosted by Saints Peter and Paul School and Parish. Open to the public!  Saturday and Sunday. Food and Drinks: Pizza (A16), full BBQ, and Chinese kitchen (downstairs).  Italian cocktails, beer, and wine. Italian ice, Italian sodas, and even cotton candy! And a very special Cioppino dinner prepared by chefs from A16 restaurant!

The Arab Film Festival offers a wide variety of fine new dramas and documentaries, plus  a rare chance to see the legendary Cairo Station (1958) by Egyptian master director Youssef Chahine.  This masterpiece of the sexuality, repression, madness, and violence amongst society’s marginalized was a sensation at the 1958 Berlin Film Festival and will be seen in a 35mm print. The Festival screens films from and about the Arab world that provide realistic perspectives on Arab people, culture, art, history, and politics while enhancing public understanding of Arab culture and providing alternative representations of Arabs that contradict the stereotypical images frequently encountered in the American mass media. Throughout the Bay Area, October 10-23.

Rockridge Market Hall merchants take to the street this Sunday from noon to 6pm, offering succulent foods, comparative tastings, demos, a pop-up pantry, and the ever-popular Cookbook Exchange—bring a used cookbook and take another. Children love the prize wheel and pumpkin painting. Coincides with the Rockridge Out & About street festival, where the chef stage alternates live music with demos and tastings from Market Hall food experts and the district’s top chefs and mixologists. Enjoy dancing and live music throughout the day at the BART Plaza. No charge except for purchases.

A full day of recent German movies, including Volker Schlöndorff’s newest, Diplomacy, will screen on Saturday at the New People Cinema in San Francisco.  There will be a tribute to the late Michael Glawogger (who studied at the San Francisco Art Institute) with his stunning trilogy on work, focusing on the “megacities” of Bombay, Mexico City, Moscow and New York.

Experience the flavors of Marin Organic’s farms and restaurants, and meet the people who produce the local food to love, including Star Route Farms, Saltwater Oyster Bar, Gospel Flat Farm, Parkside Cafe, Straus Family Creamery, Rustic Bakery and many more! There will be a whole hog roast from True Grass Farms, a cheese workshop with Cowgirl Creamery and Toluma Farms-Tomales Farmstead Creamery, selections of North Coast organic and biodynamic wines and beer from Lagunitas Brewing Company, and a crash course in oysters with Hog Island Oyster Company!  Wine and food tasting with silent auction from 5-7pm, and family style dinner from 7-9pm under the big tent at the Marin Country Mart on Saturday.

EXPLORATORIUM OFF THE SCREEN

Testing the boundaries of film through a hybrid of performance- and inquiry-based programs centered on the moving image, these challenging programs target the local community while showcasing new films by artists and live-cinema experiences.

Eskimo Remastered  is a one-time-only event. The Residents’ album Eskimo is presented as a multichannel, 3D sound spectacular accompanied by equally innovative visuals of their companion Eskimo DVD. The 7pm show is sold out but a 9pm has been added. 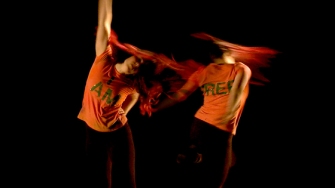 There are many wonderful films and programs to see this weekend as the Mill Valley Film Festival concludes. Hit shows with repeats include the “only at MVFF” programs The Hi De Ho Show on Friday afternoon, and The 3D Sideshow on Sunday morning, Tributes to Chuck Workman and Laura Dern, the World Premiere of F R E E , a high-energy documentary about Oakland’s Destiny Arts Center (see below about a benefit dinner at Piazziola) and a lot of really terrific new movies.

The people behind Berkeleyside are presenting the second annual Uncharted bringing you together with some of the world’s great thinkers for two  days of discussion, debate, and workshops designed to engage and inspire.  Uncharted promises a stimulating, surprising, and fun forum that might best described as a mix of TED and Davos Berkeley style.

Of particular interest are Saru Jayaraman, Douglas Gayeton and Laura Gayeton-Howard, Daphne Miller and Tanya Holland on how they’re revolutionizing the food industry. 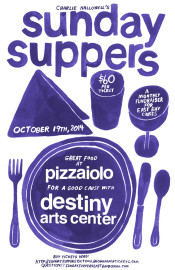