From the outside, it looks like a simple building—a modest, rare un-gentrified spot on Valencia Street. But inside, Artists’ Television Access offers views into any number of worlds, from bizarre realms you’d never imagine visiting, to others that suddenly and unexpectedly mirror your innermost thoughts. There’s a spartan, bare-bones screening room with a small balcony that can be used for projection, a back room perfect for drinks and snacks at intermission time, a pair of bathrooms (one equipped with a shower), and then there’s the basement, the archival and creative lair of Craig Baldwin, the hyper visionary behind ATA’s signature Other Cinema program and movies such as Sonic Outlaws and Spectres of the Spectrum.

ATA is a center for expression that can also be a place of revelatory fun. My first trip there in the early ’90s was to see a program of Scopitones. I’ve screened other people’s movies there, and been in movies screened there— ATA’s screen is remarkably open. In 2012, when I first saw Irwin Swirnoff’s video and performance He Said at ATA, it shook me so alive that I had to bite my lower lip not to sob. I’ve even gotten a job that ended a long stretch of unemployment by going to an ATA show (a screening of Seth Bogart and Brandy Bytheway’s mock-TV show Hollywood Nailz that remained wonderfully oblivious to the fact that the Giants were winning the World Series the same night).

ATA is celebrating its 30th birthday on September 5th and 6th with a 30-hour marathon screening. In anticipation of the extravaganza, I reached out to some film and video makers and curators who have strong past and present ties to the place at 992 Valencia. I asked them a two-part question: What has ATA meant to you creatively, and do you have any favorite memories of events you’ve either attended or put on there?

Oh, ATA. You know, ATA was the first place that I ever screened a film. so for me, it has a very special place in my heart. I mean, there’s the obvious losing one’s virginity analogy to be had here. but unlike with my real virginity—how I never saw Shannon who I met in Fort Lauderdale, FL again—with ATA it was the start of a long-term and deeply inspiring relationship.

The very first movie I made, The Rainbow Man/John 3:16, screened at Sundance in 1997, so I guess technically ATA wasn’t the very first screening. but it was the first place outside of a festival to show it. and the first screening i ever did in SF. Craig Baldwin got in touch with me. I knew who he was from Film Arts Foundation membership meetings, but I’d never talked to him before. He had heard about my film, and wanted to screen it. I was thrilled. He showed it as part of Other Cinema, and it was one of those early experiences that were so thrilling to me, where just the fact that people who I didn’t know showed up and liked the movie was fantastic. A lot of people were there, it was great fun, and at the end of the night, Craig gave me a paper bag with money in it! That sealed the deal. I couldn’t believe it. I was having a great time, people were seeing this kooky movie I’d made, and I got paid!? Too much. 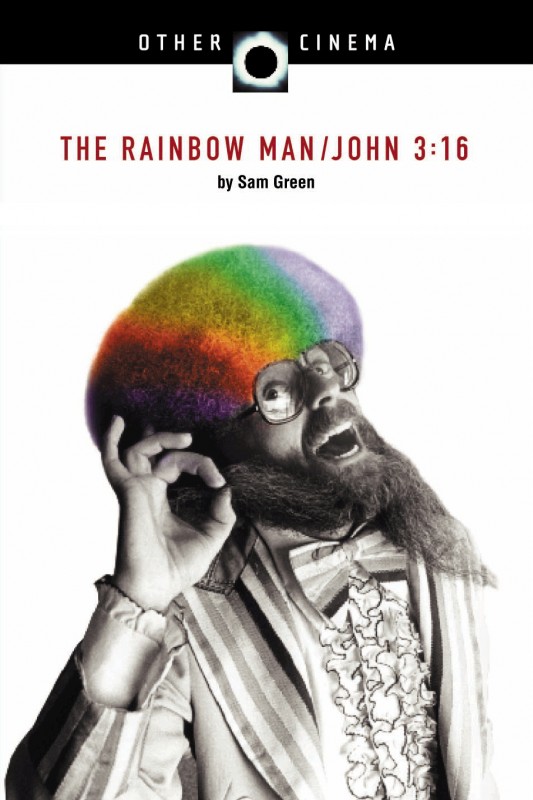 Anyway, there’s a whole essay to be written on my LTR with ATA, but over the years, I learned more from Craig—in the theater as part of ATA; and also sitting with him late at night, watching things and drinking—than perhaps from any other person. Craig is the radical, revolutionary, hardcore spirit of that place, and he’s thinking, watching, making films 24/7 down there. He’s just a huge, brilliant, and genius spirit, keeping it real. If and when Craig and ATA go away, SF will truly be over.

I have had so many great cinematic and just plain fun experiences at ATA over the years. It’s deeply, deeply connected to my development and career as a filmmaker. There’s nothing that’s been more influential to me.

To me, Artists’ Television Access is the heart of the Mission, a love letter to the moving image. Kota Ezawa and I volunteered at ATA in the late ’90s after art school so we could make videos on their VHS editing system. It was a wonderful place to hang out and help filmmakers get into screenings or edit their work. I was hosting screenings and events, such as an evening with Mike Kuchar, and an acoustic benefit for ATA, where people like Jibz Cameron and Anne McGuire performed. Around that time, it became an entirely volunteer-run organization, with no director, and it has been ever since. Some of the same people—Fara Akrami, Molly Hankwitz, Gilbert Guerrero, and Kathleen Quillian—are still volunteering now, running it, and their dedication is amazing. They have their jobs, their lives, and they keep it going in their spare time. And then you have Craig Baldwin, running around in his socks, hosting Other Cinema, and housing who knows what all amazing gems in his film and video den.

When the window space in the building became available in 2007, I assembled a group of friends and we started Right Window gallery. We all pitch in for the rent each month and each put together one show a year. The exhibitions change every month and can be seen 24 hours a day from the street. It’s fun!

ATA and Right Window illustrate how amazing it can be to work together and create something great, accessible to everyone. The location is the best. If you are in the space and the door is open, people will always come in and ask, “What is this place?” “What goes on here?” or “Is Craig here?”

ATA is for everyone. Long live ATA! 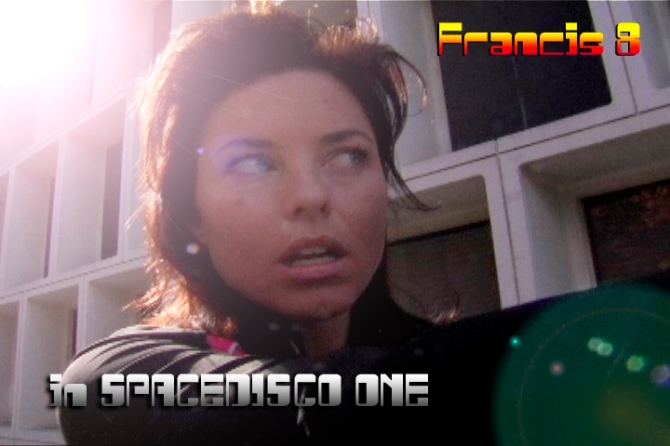 ATA has meant a lot to me as a filmmaker. It’s like stepping into a time machine back to late-’60s San Francisco—a Richard Rush Psych-Out kind of experience. My favorite memory is almost getting into a fight with some crazy drunk guy who ran into the place on New Year’s Eve, and Craig [Baldwin] stopping it.

You can see everything at ATA. You can do almost anything there, including putting tons of dusty, off-gassing, possibly combustible electronics in a hot enclosed space (Right Window gallery)! There are so many people committed to ATA who call it their home or second home, and it’s incredible how much goes on to make it all happen and bring people together in such a unique way. Off the top of my head, my favorite ATA events were: 1) a Doris Wishman program presented by Peggy Ahwesh; 2) City of Lost Souls by Rosa von Praunheim, presented by Periwinkle Cinema; and 3) Incubus, starring William Shatner, with dialogue entirely in Esperanto.

Upon moving to San Francisco from Minneapolis in June of 2014, one of the first things I did after stepping out of the U-Haul (so gay) was meet a new friend, Kim Dru. She was recruited to help me unload the truck with a few of my girlfriend’s friends. We chatted it up. Kim said a lot of the stuff I was talking about reminded her of her (soon to be) husband, Lorin Murphy. She thought we had a lot in common: Filmmaking nerds with a passion for experimental and queer movies.

I had done a lot of film and video programming and curating back home—a monthly showcase at Intermedia Arts for many years, and kickstarting and directing a queer experimental fest called the Flaming Film Festival. Lorin, along with other queers including Xtopher Xarroll, had started this queer experimental monthly screening called Periwinkle Cinema. Periwinkle Cinema is the Bay Area’s MIX Festival—only it’s monthly. I learned the screenings take place at ATA, walking distance from where I lived. And there happened to be an open reel—there’s kinda always an open reel—the following week. Kim said I should get ahold of the Periwinkle collective, and that we would surely all be fast friends. And she was right. Within a few weeks of living here, I was proud to be a part of a screening happening in response to—or outside of—the LGBTQ film festival machine. I’m especially proud now, knowing that Frameline takes pinkwashing money. 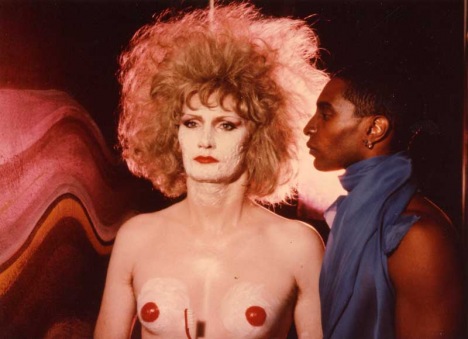 Since that night in June, I have become a member of the Periwinkle collective and have screened a handful of my own movies. I’ve also taken on duties around accessibility, including co-curating “Un(dis)sing Our Abilities” with Lorin, for the Queer Cultural Center’s National Queer Arts Festival, which had a sold-out show at ATA this June. I feel a sense of loyalty and family with Periwinkle Cinema and with ATA.

ATA is where my career as an exhibiting video artist began. Craig Baldwin first started showing my work at his Other Cinema showcase in the early ’90s. He generously shared my work with curators in New York and beyond, which led to many shows all over the world. I remember having really long, fun phone conversations with Craig. He’d call all the artists personally to book their films and videos for OC. After the OC shows, we’d go to La Rondalla—Craig had a reputation there, and you had to order food. We’d all order the cheapest thing and spend most of our money on margaritas. I’ll never forget how honored I was that he wanted to collect my work! We traded! I gave him a VHS copy of Strain Andromeda, The in exchange for Tribulation 99 and ¡O No Coronado! I still have those in my collection. But, my favorite memory is when I got my first royalty check in the mail after an OC show—$5!